Everyone hates corporate performance reviews but some therapists are now putting it forth as a handy marriage tool. The Wall Street Journal's Elizabeth Bernstein reports that researchers and marriage counsellors are advising spouses to complete reviews of their relationships a few times a year. Bernstein interviews two long-married relationship coaches who discuss their relationship every Tuesday and Thursday, sitting down for more formal marriage reviews every few months.

"It's the relationship equivalent of the six-month dental checkup," psychology professor James Cordova told her. His research had couples doing questionnaires that assessed their strengths and weaknesses; later, they checked in with a therapist to evaluate the answers and come up with a plan. These couples fared way better than couples who didn't complete the same process, with the most troubled marriages in the group benefiting most.

The point of the routine marital checkup is to figure out what's working and what's not, before problems become so serious they can't be fixed in therapy. While Quartz writer Jenny Anderson was skeptical about the idea, she liked the questionnaire that Cordova and the WSJ created for readers. Questions include, "What positive praise do you have for your marriage?" and "Identify one thing in your marriage you would like to improve." Couples are also asked to rate statements from 1 to 5: "We are good friends," and "Work stress can be an issue for us," for example. The reviews emphasize issues, solutions and goals, not day-to-day squabbling.

"Since a relationship doesn't prioritize itself, I guess we had better," Anderson observed.

Point taken. But even it does work, there is something depressing about marrieds filling out scorecards and checking off boxes next to statements like, "We laugh or smile together" and "We are unhappy with our sex life."

For one thing it's painfully corporate. Today, you can compel yourself to fall in love using a series of highly purposeful flashcards and then rate each other's performance when the fiscal year is through. Something quietly desperate lurks in all this paperwork. The marital performance review is a clear offshoot of the "personal growth" marriage that's become so typical among modern husbands and wives. Highly ambitious marriages like these are obviously better than arranged marriages or wives economically subjugated to husbands. But they also feel a bit stiff.

And isn't rating your spouse from 1 to 5 a process that's open to abuse? "Couples have to be careful, and constructive, when sharing their assessments. Fairness is crucial," Bernstein stresses. The guiding principle is that you aren't allowed to treat your partner like your employee. (Damn.)

"No one should feel like they're under evaluation like they might with a boss. This is a very collaborative, equal back and forth," Toronto psychologist Sara Dimerman said in an interview.

She likes the idea of annual check-ins, as long as they aren't excruciatingly formal (she thinks meeting twice a week "might be a bit too much"). She recommends talking over date night or on an anniversary. If people don't want to review each other solo, they can meet with a therapist or do a workshop.

"It's about checking in with one another, as opposed to sweeping things under the rug and then expecting the relationship to continue without any connection or talking about plans," says Dimerman, who wrote the recent book Why Married Couples Don't Have Sex … At Least Not with Each Other.

Whatever happened to more organic marriages? Right: Half end in divorce. This is one way of trying to better those odds.

"Couples have lost the art of communication," says Dimerman. "If you don't use it, you lose it." 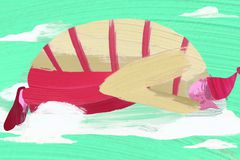 The secret language of having an arts marriage on and off the stage
August 10, 2015 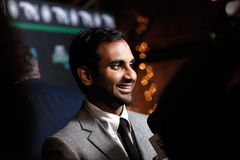