The sight this week of a macaque monkey in a Toronto parking lot was weird enough, but the fact that he was dressed like an extra from Brokeback Mountain turned young Darwin (as he's named by the woman who calls herself his "mother") into an Internet sensation. Memes were launched, Twitter lit up like a Christmas tree and late-night TV hosts milked the story for all its humour.

Really, what's funnier than a monkey in a shearling coat and a diaper?

Well, how about a dog dressed as Satan for Halloween? Or, as The Globe reported last May, dressing yourself and your dog in matching outfits and throwing him a birthday party complete with cake? Or paying close to $100 for a bag of organic dog food? Or paying a photographer $475 to capture "puppy or kitty's first year"?

In North America today, pets are people. They are called "fur kids," and their owners are "pet parents." Cats and dogs, even hamsters and rabbits, are treated as cherished family members – raised on the finest foods, celebrated on their birthdays, included in the family Christmas-card photo, mourned when they die, and buried in expensive crypts or cremated and returned to their grieving owners in keepsake urns.

Today's pets owners provide "everything for them in life and now they're doing it in death," says Helen Hobbs, owner of Pets at Peace, a cremation service in Toronto that works with 400 pet-bereaved families a year.

North American's multibillion-dollar pet industry counts on it. The "humanization" of pets, as Agriculture and Agri-food Canada gleefully calls it in a 2010 report on its website, is a boon for the Canadian farmers who can sell human-consumption quality meats to a voracious market. "Pet food has been affected by the same health-and-wellness trends that have influenced human food, including claims of health and naturalness," the department reported.

In 2001, Ipsos-Reid produced a survey on Canadian pet ownership that identified the single largest segment of owners (31 per cent, to be precise) as "pet humanists." Mostly young, urban, childless couples and singles, pet humanists "adore their animal companions and believe in equality between humans and animals. They treat their pets as important family members and try to please them while providing the best in pet care."

Pet humanists are, in short, "the dream market of any pet product manufacturer" and much more highly coveted than the minority "pet traditionalist," who tends to live in Quebec, own a cat rather than a dog, and view his or her animal companion as a functional thing, not a kindred spirit.

The pet humanists' idea of animals as equals has been a long time coming. Most of human history saw animals treated in the most hideous ways, with vivisection a common practice. Animals were viewed as soulless; when you skinned one alive, its cries were considered an inanimate reflex on a par with a wooden chair creaking in complaint under the weight of a heavy person. Animals were only understood in relation to their usefulness to humans.

It was that other Darwin, first name Charles, who inadvertently helped get the animal-rights ball rolling when he published On the Origin of Species. His theory on evolution made people question their place in the natural world, and hence their assumptions about their superiority.

It wasn't until the 1970s, though, that animal rights became a moral concern for the broader culture. The 1975 book Animal Liberation, by the Australian philosopher Peter Singer, became the bible of a movement that sought to stop the abuse of animals in farming, in research and in the clothing industry. Advocates pushed for animals to have legal rights, an evolution that is nearing its culmination in the Great Ape Project, a movement to get the United Nations to adopt a "Declaration of the Rights of Great Apes" and give basic rights to gorillas, chimpanzees, orangutans and bonobos.

The animal-rights movement has now gone from a fringe element to a powerful force in mainstream culture. Vegetarianism and veganism are growing. (In its own way, the nose-to-tail movement among carnivores, shows this new reverence of animals.) Pet humanism is an obvious offshoot of this evolution, but other factors may be involved, says Hobbs.

"Technology is driving people apart," she said, referring to a world in which everyone has their nose buried in computers and smartphones, and texting is an acceptable way to break off a relationship. Pets, who have not yet been identified as part of the smartphone market, offer "a more pure connection," she says.

Jill Johnson, a University of Waterloo student who posted online her Masters thesis titled "Place of the Family Pet and Attitudes about Pet Keeping," identified yet another factor: the infantilization of modern culture. An overpowering attachment to a pet has its childish side, especially in a world of cartoon animals and stuffed bears, Johnson wrote.

She also pointed out that many modern dog breeds have been bred to be calm and co-operative – features that give a person more control over their pet than they may have over humans.

Which is a good, and ironic, point: The minute a pet acts too human – is unco-operative, disobedient, selfish, distant, unaffectionate – is the minute it risks getting taken to the pound or left on a back road in cottage country. 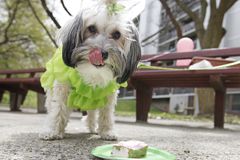 Our friend’s dog is ruining our relationship
October 25, 2012 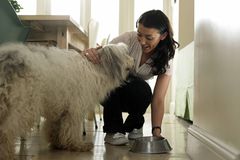 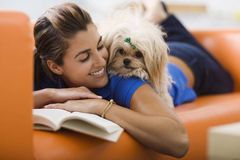