You'd be forgiven for thinking that the only reason Sanjay Gupta writes fiction is to play with the wiring of his remarkable brain.

"With creativity, it's one of the few activities that engages both sides of the brain simultaneously," enthuses the 42-year-old neurosurgeon best known for his medical reporting on CNN. "You get the words down – that's from the left side of the brain – and the melody of [the writing] the feeling of it, comes from the right side of the brain. … So all of a sudden you're stressing pathways. And when you feel your brain working that way, it's pretty fun."

A small, slim man, he sits with one leg elegantly crossed over the other in a perfectly pressed suit. His shoes are brightly polished; his hair is combed neatly with a side part. As he marvels at the process of writing fiction, he breaks his solemn professional demeanour with a brief, boyish smile of perfectly white and even television teeth.

There are other explanations, of course, for why he wrote Monday Mornings, his first novel and third book. It's just that the most noteworthy thing about the famous doctor is the obvious delight he takes in learning new things and pushing himself to the top of his capacity to illuminate the science and art of medicine.

"My parents were immigrants from the other side of the world," he says. "And the only thing they asked of me and my younger brother [a lawyer and founder of Internet company, Groupon]was that we don't let any days go by wasted. Some days I don't think I am doing enough. … I don't want to feel that I didn't do as much as I could."

In Toronto for various talks, Dr. Gupta doesn't trumpet his achievements. He understands the importance of humility. Prying any pride from him over his accomplishments is as difficult as getting an apology from a precocious child. In addition to his most visible job, travelling the world to report on medical issues for CNN, he teaches at Emory University School of Medicine in Atlanta, Ga., maintains a neurosurgery practice at Grady Memorial Hospital in the same city, writes a column for Time magazine as well as books. He is also a father to three daughters, aged 6, 5 and 3. In 2009, his name was put forward as a candidate for Surgeon-General of the United States, but he withdrew. "I was in my 30s … In order to be Surgeon-General, I wouldn't have been able to practice. …So it just wasn't the right time. Maybe later."

He speaks about all aspects of his busy life with the flat calmness typical of a doctor accustomed to informing patients about the intricate details of their case, even if the news is bad. There's no drama, only facts.

His novel – which took 10 years to write on planes, early in the morning, at night – is a story about the lives of five top-flight surgeons who have to confront professional failings in front of their peers at a hospital's weekly Morbidity and Mortality conference. "Originally, I thought it would be non-fiction," Dr. Gupta explains. "There have been a lot of good non-fiction books about how to avoid mistakes in hospitals, but I wanted to write about what happens after the mistake occurs. And I didn't want to implicate certain people or hospitals." Star screenwriter/producer, David E. Kelley ( Chicago Hope, The Practice, Ally McBeal, Boston Legal) is developing a pilot for a TV series based on the book.

Was it part of his desire to help people understand medicine? "I think so," he begins. "I just feel really lucky to do what I do. I see myself as an educator on TV, and this was another part it." But he then quickly changes tack as though he has been silently assessing the impact of his responses, adding, "It's fiction, and I don't want to overstate that it has some large societal educational message. It was supposed to be an engaging book that also showed something very few people get to see."

Asked what he has learned from his work as a media star, he begins by saying, "Just in general, some of the biggest advances in medicine have come from the war-zone setting because you're suddenly confronted with many patients and you have limited resources." It's only when pressed that he gives his own extraordinary tale of an operation he performed in Iraq while embedded with U.S. troops in 2003.

"You can imagine in Iraq, in these dusty, desert tents, they're not the most sterile conditions for operating yet post-op infection can be as serious a concern as initial injury. I took care of a man who had been shot in the back of the head. And I had to essentially cut a lot of bone ... open the outer layers of the brain, find the blood clot, take out the shrapnel, and now what? If you don't do anything and just wrap him up, he will get meningitis, probably encephalitis, and most likely will not survive. The only thing sterile in the whole tent was the inside of the IV bags. IV bags are all dusty on the outside but inside it's all sterile. So I took one of the IV bags, filleted it open, used the sterile side to create the outside of the man's brain, and then put a wrap on that and put him on a Black Hawk helicopter and sent him to Kuwait."

To do the craniotomy itself – removing bone from the skull to access the brain – Dr. Gupta had to use sterilized bits from the drill that soldiers had used to put up the tents. The patient's name was Jesus Vidana. "Operating on Jesus in the middle of the desert, of course I'm going to remember that." The man survived.

Everything about Dr. Gupta inspires respect and confidence. He's humble. He's dedicated. "I really love being a doctor. With medicine, you get to wake up every morning with a very clear idea of what my purpose on Earth is." The doctor is in, and he knows exactly what his audience needs to feel good. 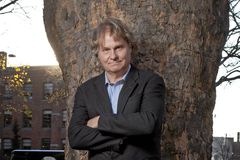 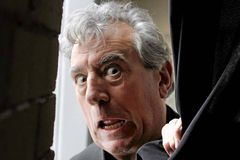 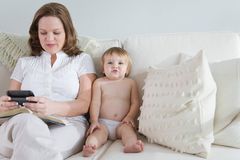