"Our sex life HAS tapered in the last few months, but isn't that allowed? We are adults leading busy, stressful lives. I cook for him, I do his laundry, I keep our house clean and tidy. It's not like our sex life was going to be this way FOREVER, it was a temporary slow-down due to extenuating circumstances."

That was the defence from "F26," whose husband had just fired off a "sex spreadsheet" detailing his sexual frustration in their marriage. He tabulated his thwarted attempts (27 out of 30 over a month and a half) and his wife's rejection lines, from "I need a shower, I feel gross" and "I might be getting sick" to "I'm watching the show (Friends rerun)." Stunned by his aggressive approach, the wife posted that spreadsheet to Reddit, where she appealed for advice from an anonymous community on the website's relationship forums.

The spreadsheet raised another uncomfortable prospect: that partners "keep score," if not with an Excel document than with some kind of running mental tally on the quantity and quality of sex with their partner. But as desire shifts over time in a relationship, how do couples dance around their own individual "quota"? And what to do if a relationship suffers from an asymmetry in desire between the partners?

"It's the No. 1 sexual problem that couples have," says Michael Alvear, author of Not Tonight Dear, I Feel Fat: How to Stop Worrying About Your Body and Have Great Sex.

That asymmetry can come as a shock because it's usually nowhere in sight during the courtship phase, Alvear says; the "high-desire person" doesn't realize he or she is dating a low-desire partner until domestication sets in. More often than not, "the low-desire person is perceived as the problem," he says. As to the mental tally, Alvear says men do it, although "we'd rather score than keep score."

Although women came forward on Reddit to describe their listless husbands, the problem of mismatched libidos is more often portrayed as men wanting sex and women withholding it.

Perel says off-kilter desire isn't just a male gripe; she estimates that about half of her therapy clients who lament being "flat-lined" by a spouse are women. "The most common one is women who feel that their partners would rather satisfy themselves in solo sex online than engage with them. Or, they've become best friends and they're very loving, but there is no oomph," she says in an interview from New York.

In cases where the man's desire is lower, women are less likely to blast off a spreadsheet than to take the problem personally, treating it as yet another self-improvement project, says Kate Rose, founder of That's What She Said, a documentary series about women's desires.

"When women aren't wanted or if there's not enough sex in their relationship, they tend to put it on themselves: 'I'm not desired. Maybe it reflects on me,'" Rose says in an interview from Brooklyn. "They internalize it. The guy with the spreadsheet isn't really looking deep within himself to see if there's anything that he has done for the wife not to want it." (As Perel put it, "He never asks himself whether, maybe, she's perfectly interested in sex. But she's not interested in the sex she's going to have.")

Beyond women and men keeping score, Perel says the spreadsheet hints at a serious issue in modern love. "This kind of story just highlights how complex the role of sexuality in modern coupledom has become. This is the first time in the history of humankind that people are meant to have sex not because it's a woman's wifely duty, and not because they're trying to have 10 children because a few won't make it. This is the first time that we are having sexuality in committed relationships that is organized around the principle of desire," says Perel, whose next book is titled A State of Affairs: Cheating in the Age of Transparency.

At the core of the problem, Perel says, is that keeping an equilibrium in mutual desire over the long haul takes work, just like other aspects of long-term committed relationships – communication and fair division of chores, for example.

Sex that requires effort is an idea that turns off many couples, especially if they have bought into romantic notions that an initial infatuation should fuel the sex for decades, she says. They don't talk about it or work at it until a situation detonates: "They only talk about sex when there's a sexual problem."

So how to align asymmetrical desire? No one backs the spreadsheet manoeuvre, which likely zapped F26's loins. For those with a genuine interest in bettering sex in committed relationships, Perel says it's about "making efforts, stretching." Her current venture is a series of webinars titled "Love, sex and power," which challenges participants with questions such as what meaning sex has for them, what experiences they would like to have, and what their inhibitions are.

As Alvear says: "A lot of low-desire people believe that the only time that they should act is when they are overwhelmed with desire. Sometimes the best sex you ever had started out when you weren't feeling very sexual." (This isn't so much doing your spousal duty as it is tuning into a half-stirred state that Alvear likens to a "flicker," not a "flame.")

Alvear's general advice for those who want to level out with their more amorous partner: "You're responsible for your own libido. You can't put that off on another person," he said. "You have the right to say no, but the obligation to try."

For spreadsheet wife, the message from thousands of Redditors was just that: try harder. While many excoriated her husband for his communication style, they didn't let her off the hook, either.

Ease up on the housecleaning, they whispered; men much prefer sex. Stop obsessing about your body, everything will only get worse with kids, they cautioned. Many warned of a dreaded Reddit forum called "dead bedrooms," reserved for sexless spouses headed for divorce. Some more gently advised couples counselling. Others suggested a simpler fix: have sex in the shower. 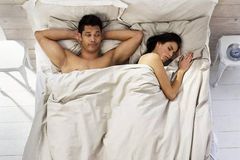 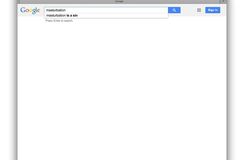 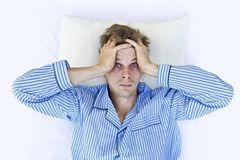