Last fall, I attended a family-friendly music festival. It was a lovely event where you camped onsite. Camped right next to us was a couple with two young children. The children were well-behaved and their parents were quiet and minded their own business. The problem was that the dad had several prominent Nazi swastika tattoos and by the way he rolled up his sleeves was not afraid to show them. I was born not long after the Second World War. My father came out of that war a wounded and sick man and died from his injuries when I was quite young. So I bristled when I saw those tattoos and really wanted to at least point out that I found them offensive and the reason why. I guess I was worried how such an interaction might go. Apart from the tattoos, he didn't stand out: didn't dress like a skinhead or look like one. Anyway, I never said anything – maybe because I only ever really saw him camped beside us, doing normal things with his family and it didn't seem right to step into that situation. However, ever since the event, I've been kicking myself and thinking: "You should've said something!"

The French have a lovely phrase for that wish-I'd-said-something feeling: l'esprit de l'escalier.

Roughly, it means "spirit of the staircase": that moment on the staircase when you're leaving a gathering and it hits you just what you should've said.

I know the feeling. I've had the feeling. But I've often argued, to my wife and others, that those "cat got your tongue" moments are in fact a survival mechanism.

That sometimes – like, say, if someone cuts you off in traffic then has the effrontery to open their window and shout something rude about your driving skills – not being able to think of a zinger, your mouth hanging open, feeling like an idiot, as the miscreant speeds off, might, in fact, be the safest, wisest course of action. Less likely to lead to the outcome of someone charging out of their vehicle at you brandishing a tire iron.

In your case, it could definitely be a longevity-shortening exercise to approach a strange man covered in swastika tattoos and berate him.

However, having said all that, I do think, if you see him again – or someone else covered in swastikas for that matter – you could and maybe even should say something.

Now, to be clear: I'm not advocating that people roll up on total strangers and chew them out just because you disagree with some sentiment they've inked on their flesh, an issue about which there might be two points of view.

Like if he had a "Climate Change is a Hoax" tattoo or something like that I'd say: Let it slide.

But there really weren't two sides to the Nazi phenomenon, were there? It was a terrible blot on humanity, the most reprehensible period in modern memory, a triumph of pure evil. And as the saying goes (attributed to the philosopher Edmund Burke): "The only thing necessary for evil to triumph is that good men do nothing."

So I get why you're kicking yourself for doing nothing. I mean, what kind of person would sport ink celebrating that dark time in human history, anyway? You have to wonder what his wife thinks. And how much therapy his children are going to need when they grow up.

I don't imagine he has too many Jewish friends, but what if someone Jewish sees his tats? What happens then? I'd be surprised if he didn't get in confrontations or altercations all the time.

Maybe that's the point. Maybe he relishes it. So approach with caution. But if you see him again, or someone else covered in swastikas, I give you my permission to give him/her a piece of your mind. You could say something about your father – but, really, you have so many horrors and atrocities to choose from you wouldn't need to make it personal.

Who knows? It's unlikely, but if enough people approach him, maybe it'll make him rethink his disturbing ink.

Until then, though, quit lashing yourself with l'esprit de l'escalier-type thoughts about something you did or didn't do last summer. You can't turn back time. Here at Damage Control, we have a saying: "What's done is done and can't be undone/The bell that's rung can't be unrung/The sands of time, they can't unrun …" (it actually goes on for a bit, but you get the idea.)

Time only moves in one direction and that's the only way you can go: onward. And just try to be your best possible self and a good example to those around you – to counteract those who insist on and persist in sending this kind of karma out into the world. 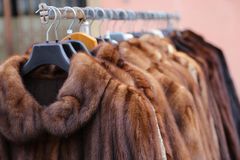 My inlaws prefer bland food - am I obliged to serve it?
January 27, 2017
Follow us on Twitter @globeandmail Opens in a new window
Report an error Editorial code of conduct
Due to technical reasons, we have temporarily removed commenting from our articles. We hope to have this fixed soon. Thank you for your patience. If you are looking to give feedback on our new site, please send it along to feedback@globeandmail.com. If you want to write a letter to the editor, please forward to letters@globeandmail.com.
Comments