I'll admit it. I perform my gender from time to time. Who hasn't? Being a woman can be an Oscar-worthy act, when you want it to be. You can bat your eyelashes at that policeman as you explain why you had to speed. You can emote for effect. And you can wear a killer dress and skyscraper heels just because you want people to notice you. It's a good gig, when it serves you; when you can use it like a weapon.

Men do this, too, of course. They don a tailored suit to shore up their alpha male-ness and wear designer stubble to play up their sensuality.

I have also interviewed transmen and transwomen who act out their new gender identities almost as caricatures of what it means to be a man or a woman. Hey, sometimes all public life feels like one big fiction, a script we're all writing for others to read.

But performance is not all that gender is, although that's what some thinkers in the trans/queer community proclaim. Leading philosopher and gender theorist Judith Butler describes gender as a performance or as "performative," a term she coined to explain that the way we act and speak consolidates an impression of what a man or a woman is. "To say gender is performative is to say nobody is a gender from the start," she has stated.

Questioning how gender is constructed is part of the discourse as we experience the current transgender tipping point. Three in 1,000 people identity as trans in some way, according to Maaya Hitomi, a masters student who studies transgender issues at the University of Saskatchewan.

Put another way: It's rocky road ice cream versus the plain old vanilla you've been used to.

I don't think I'm alone if I say that I'm in a gender head spin, trying to understand it. I haven't learned and seen so much axis-tilting information since I lost my innocence – the first time.

The boy-girl divide is one of the organizing principles of the world, which is why it's so arresting when subverted. To many, it's a revolutionary shake-up of everything they have known and understood. "It's like telling people who are religious that there's no God," said Karen Blair, chair of sexual orientation and gender identity at the Canadian Psychological Association.

But I don't think it serves anyone to be reductive about how or why we feel we are a man or a woman or something in between. Just performance? Just a game? That would be as oversimplified as saying it's only a matter of sex chromosomes.

As Julia Serano writes in Performance Piece, an essay in a collection called Gender Outlaws, the notion of gender as performance lets "the audience – with all their expectations, prejudices, and presumptions – completely off the hook." As a transwoman, when others started to read her as female – called "passing" in the trans subculture – they treated her differently, she writes.

Biological women and men (called ciswomen or cismen) know this, too. That's the whole point of feminism, after all.

Recently, I was at Mount Holyoke College in South Hadley, Mass., the oldest women's college in the United States and the first of the Seven Sisters colleges to change their admissions policy. In her convocation speech last fall, president Lynn Pasquerella announced the all-women's college would admit qualified students who are female or who identify as female, even if they're biologically male and haven't medically transitioned.

"We recognize that what it means to be a woman is not static," she told the audience. "Just as early feminists argued that reducing women to their biological functions was a foundation of women's oppression, we acknowledge that gender identity is not reducible to the body." Whoa, I thought. In my seventies-era college days, we feminists thought calling ourselves womyn was radical.

She purposefully wanted to draw the line between the feminist movement and trans issues, she later explained in an interview in her office. "Gender is something that's socially constructed," Pasquerella said, a stance that fits, of course, with the mission of educating women to feel they're capable of anything, despite the messages coming from the culture. And the blurring of gender differences advances the feminist push for gender equality. Why treat people differently – or pay them differently – when you can so easily strip away the exterior signifiers that made them seem unlike one another?

Still, I wouldn't say that gender is all social construct either, a figment of the cultural imagination, made up to keep us all in nice, neat boxes. It's a bit of a lot of things – social influences, yes, performance, as mentioned, but also the innate understanding of self. I didn't have babies and want a nice house just because that's what my mother did or what arguably was expected of me. I did so because I wanted to, because that was an authentic expression of who I was and am.

Authenticity – a buzzword of our time – often underlies these discussions about gender identity. At Holyoke, I met Emma Podolsky, an 18-year-old first-year student in studio art and gender studies. She identifies as non-binary, meaning that she – or rather "ze" or "hir" or "they," to avoid the problem of gender-specific pronouns – doesn't feel female or male but somewhere in between or neutral. Which is how she – or ze – looked with short hair and glasses, wearing a shirt and shorts. Being female, the gender assigned at birth, "always felt like an ill-fitting suit. Being non-binary is how I feel most authentic and most comfortable."

What was interesting was Podolsky's unwillingness to give up hir name, which is what many people in the queer/trans community do in favour of a more gender-neutral name or one that expresses their identity. "I feel that Emma is a very traditionally feminine name, especially in literature," said Podolsky, who sees it turned on its head and reimagined "for a number of identities, a male identity, a non-binary identity, a female identity."

I admire the outspoken courage. It is subversive and heady and bold, perfect for college life when you're discovering who you are and challenging the status quo. Podolsky acknowledges this, too. And then ze confessed that it might not be so much fun in the real world, when you have to deal with society at large.

That part is up to the rest of us – to get our heads around our prejudices and rigid ideas about how to be in the world. It's confusing and head-spinning but it's also cool, because it forces us to make the same kind of challenging investigations into what we think and why as members of the trans/queer community did when they came to understand who they are and need to be. 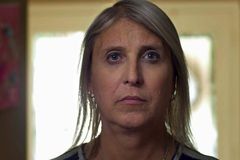 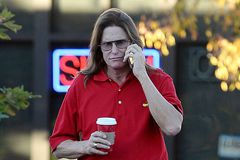