I'm okay, you're okay: A new study reveals women's preferences for penis size differ wildly, the range running from four inches to a whopping 8.5 inches long. And although their ideal penis – about 6.3 inches long – is bigger than the average male member, it's not by a lot.

The study, published today in the journal PLOS ONE, is the first to use 3-D printed penis models to quiz women about their preferences.

Researchers at the University of California, Los Angeles asked 75 women what size they desire. The preferences: 6.3 inches long for a long-term relationship, and 6.4 inches for a one night stand, apparently. While that's bigger than the norm – recent findings from the British Journal of Urology International suggest 5.16 inches long is average – many women actually prefer a smaller member.

The ultimate message to guys, lead author Nicole Prause stresses, is that someone out there will find you just right: "It's not that bigger is better: it's finding the right partner."

Prause, a neuroscientist who studies sexual behaviour and desire, says hardly enough attention is paid to thinking about the right physical match between men and women. "There's every reason to think that women's size also varies. We know extremely little about vaginal depth – and nothing in terms of norms – because it's very difficult to measure. We have no idea how the women vary and whether that impacts their preferences, but it certainly should," she says.

There is also the length versus girth factor: Men tend to think of the former; women, the latter. Those in the study preferred a five-inch circumference (not diameter!) for a single night compared to 4.8 inches circumference for the long haul.

Why the disparity between what a woman wants for a casual fling versus what she wants for a committed relationship? Prause believes it comes down to physiology: a larger penis can be more pleasurable during the act but can subsequently cause more injury.

"You can have a little more discomfort because you're not seeing them again. You're maximizing fun and hedonism, whereas for a long-term partner…you can't be injured all the time. There has to be some balance between being able to enjoy this pleasurable activity but also not constantly having overt pain issues."

Using a 3-D printer in the lab, the researchers crafted their own penis models. The 3-D models are an important development in this field because they allow women to visualize more easily. Before this, study respondents would be shown two-dimensional images of unerect penises, or simply be asked, "How many inches do you prefer?" – a problem given research has shown people are terrible at estimating size, let alone guess-timating all of their former partners' measurements.

Discouragingly, 20 per cent of the women interviewed said they'd broken up with a boyfriend for inadequately penis size, though it might surprise men to hear that five per cent of them also dumped a guy because he was too big.

We wring our hands about unhealthy female body image, but when it comes to men and penis size, the topic still elicits snickers. How do we change that?

"One way to change the dialogue is to address it as part of body image," says Prause. "It's not just something that's funny or cute: it's about how good people feel about themselves. It's also a place where a partner can have a really positive impact."

Why that perfect penis story comes up short, on many levels
February 4, 2014 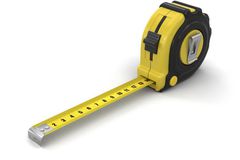