Online threats, racist comments on public transit or rude harassment yelled in the street: We all wish we could be bold enough to intervene when we witness such things, but not many of us are. It's what's called "the bystander effect," which keeps people quiet against their better instincts. On the opposite end of the spectrum are "upstanders," people who speak up and leave the security of the crowd – those whose moral compass is so strong, they don't hesitate to tell strangers to knock off their bad behaviour.

How some people become emboldened to step in while others in a group stay complacent remains something of a mystery to social psychologists. It's an exceptional person who intervenes, experts say. As children, we learn quickly not to be "tattletales," which doesn't exactly encourage whistle-blowing in adulthood. But research shows that the heroic urge can be instilled later in life, and a growing roster of programs is attempting to build more responsive citizens.

Vanessa Nash-Dawe, 35, labels her instincts "white-knight syndrome." The Toronto hairstylist says she has repeatedly intervened when women have been catcalled in front of her: Walking home late one night, she noticed another young woman hurrying ahead of her, head down and shoulders hunched, "not looking for any attention." As the woman passed a bar, a man outside yelled an offensive and demeaning request. Indignant, Nash-Dawe turned to him and said, "Really? That's what you say to a stranger on the street? What do you say to people you know?"

Afterward, Nash-Dawe worried about what she had done. "It's midnight and I still have to walk home. What if this guy follows me?"

She credits her gusto to her mother, with whom she started the first Take Back the Night in Hinton, Alta.

"My mom taught me you stand up for what you believe in, regardless of who you're standing up to," Nash-Dawe says.

"A lot of people don't know how to react. … But anyone who's ever been the victim of bullying, street harassment or ever been singled out, we reflect on the feelings we had in that moment. And it comes out."

Dorothy Edwards is executive director of Green Dot, etc., an Alexandria, Va.-based organization that has had terrific success teaching people how to prevent violence through intervention.

"Most people are not okay with the bad things that are unfolding in front of them … but there are things that keep us from acting, even when we want to," Edwards says.

Barriers exist in different contexts: At work, people worry about risking their professional trajectories; at college fraternities, they're concerned about losing face or being dubbed "the party police," Edwards says. People also don't want to risk embarrassment should their intervention fail or be deemed overkill by the rest of the group.

Glenn Thomson remembers one time that his upstander instincts kicked in, when he was 18 and on a bus in Scarborough, Ont. Now 31, Thomson noticed a teen push past a pregnant woman, saying, "'Get out of my way, bitch.' I got upset, grabbed him by the collar, dragged him back to the woman and made him apologize to her. He apologized and then I got kind of an ovation from the bus." The bully looked "totally scared the whole time," while the heavily pregnant woman, "was upset at first and then she said, 'Thank you.' She had a big smile on her face after."

Of swooping in like this in his youth, Thomson said he was fearless: "I didn't like to cause conflict but I did like to end it where I felt that was justified." Today, he says he would probably just calmly recommend that the man apologize.

Green Dot's programming is aimed at changing the bystander effect by nurturing the interventionist inside everyone.

The practical, realistic workshops and seminars can be tailored to kindergarteners or bartenders, frat brothers or faith leaders – and they're extremely effective.

The U.S. Centers for Disease Control and Prevention recently funded a five-year study of Green Dot's initiatives in Kentucky high schools and found that sexual-assault perpetration had dropped by more than 50 per cent. Sexual harassment, dating violence and stalking had dropped by more than 40 per cent. Green Dot teaches people – often in very pragmatic ways, with the least risk to themselves – how to break away from harmful groupthink.

Groups do indeed inhibit helping instincts, as American social psychologists John Darley and Bibb Latané showed ages ago. In 1970, Darley and Latané staged an experiment involving a hurt woman: While 70 per cent of the participants called out for help when they were alone, that number plummeted to 40 per cent when respondents were in a group (other simulated emergencies produced similar results).

The first problem is "diffusion of responsibility," or the assumption that someone else will help. The second is "pluralistic ignorance," or the reasoning that since others aren't getting involved, the situation must not be all that dire.

Whistle-blower Ryan Millet overcame both of these social hurdles.

Late last year, the Dalhousie dentistry student leaked a sexually degrading Facebook group page kept by some of his male colleagues. The student's lawyer says that Millet, 29, showed the "Class of DDS 2015 Gentlemen" page to a female colleague who had been targeted; earlier, he'd reported some degrading entries to Facebook itself.

"To see something so targeted and violent and hateful against someone that you care about is something else," Millet told The Halifax Chronicle Herald earlier this month. "That's not me. That's not what I'm about."

Some see Millet as an easily crying, earnest Mormon, but I see my dad in him, too. My brother and I nicknamed my dad "Officer Friendly" for his habit of routinely coming to the aid of others.

We'd grimace in embarrassment when he'd do things such as break up a fight in the elementary schoolyard, solemnly telling the two boys, "Don't fight," or dive in to help drivers and cabbies stranded in winter snow as others sped by.

Then there was the time he stood up and slapped the yellow emergency strip on the subway after a dishevelled, profanity-spewing man lit up a smoke – I'm not sure the other passengers cared for the gesture, as it ground the subway to a halt.

My tween humiliation ebbed away over the years as I realized that Dad's do-gooding was actually a standout human quality.

Today, a mini-Officer Friendly is slowly cropping up in me. When the drunk denizens of my local dive bar spill out onto the busy road, scrapping, I don't hesitate to yell at them to cut it out, Neighbourhood Watch-style. I've called 911 in darker situations, such as the night a couple fought violently next door.

Whether it's "my business" or not, I step in if there is risk of harm. Adrenalin helps – it keeps me from hemming and hawing about making a move, even if I'm only delegating help to more capable hands.

Physical risk is a real deterrent for bystanders: Last November, a 23-year-old woman named Tugce Albayrak was killed after she confronted a group of men who were harassing two teenage girls in a McDonald's washroom outside Frankfurt, Germany. "Where other people looked the other way, Tugce showed exemplary courage and moral fortitude," German President Joachim Gauck wrote in a letter of condolence to her family.

Bystander intervention can be done safely, says Dorothy Edwards, executive director of Green Dot, etc., offering tips under the banner of "direct, delegate and distract." Other than directly approaching a perpetrator or victim, Edwards recommends delegating help by involving police, a supervisor, bartender or a more equipped family member. You can also pass on a note anonymously.

Distraction is most people's preferred method of intervening, Edwards says. Here, people don't have to psych themselves up for a grand gesture or rustle any feathers in their group. Edwards recalls one young man who completed her training program and attended a frat party several weeks later. He spotted a male friend trying to drag a very drunk woman upstairs to an empty room and intervened, telling his buddy that his car was being towed. When the friend returned surprised that his car had not been towed, the man feigned ignorance, saying he got the wrong car. In the meantime, he had the woman's sorority sisters take care of her.

"Before this he thought the only bystander intervention is when you put on your cape, jump in and say, 'Hey man, real men don't do that!' " Edwards says. "Now, he realized that he would be celebrated no matter how he did it – and that if he stopped this thing from going down, lives would be changed."

Anything is better than silent complacency, says Emily May, co-founder of Hollaback!, an organization that encourages people to graph out on online maps where they have been street harassed, and where they have interrupted such attacks. Cornell University researchers analyzed Hollaback!'s data and found that witnesses doing nothing compounded the experience of harassment: "That 'nothing' actually felt more traumatizing to the person than it would have had nobody been there at all," said May.

Bystander intervention doesn't need to be high risk; it can be a small empathetic gesture, says May: "Even if all you feel safe doing is giving somebody a knowing glance – 'ya, that person's a jerk' – it will make them feel supported."

Why the penalty should be harsh in the Dalhousie dentistry case – including naming names
January 7, 2015 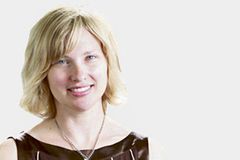 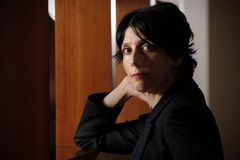