Here comes Halloween, with its inevitable, painful conversations around costumes, cultural appropriation and my favourite word (insert sarcasm font here): "colour-blindness." You know what I mean – the annual protestation that it didn't occur to parents that dressing their child as an "Indian Chief" or blackening their face to be a "rapper" was troublesome because they "don't see colour."

Colour-blindness is an ideology that argues we should ignore the ethnic, racial and cultural differences between us, in order to become a more welcoming and less divisive society. That might sound positive and lots of people who uphold colour-blindness are well-intentioned. But the concept reminds me of the deadly nightshade flower, hiding its poison behind its prettiness.

At Halloween, for example, proponents of colour-blindness argue that children should be able to wear costumes that depict other cultures, even if people of those cultures say they find it hurtful. That's actually what writer and mom Kate Jaimet recently argued in a tragically obtuse piece chiding the "ethno-police" who pushed back against her daughter's "Native princess" costume (note: many, many Indigenous people say princesses don't exist in their cultures).

Teaching our children to be "colour-blind" is a mistake, one that tells young people to see differences as negative things to ignore or erase. It taints children's innate ability to recognize that human variances don't have any kind of intrinsic value or place in a hierarchy.

Have you ever seen two kids put their tiny forearms together, marvelling at the contrast between the shades of skin? And do you notice how they don't believe that one is better than the other, until they're taught? Often touted as a virtue synonymous with tolerance, being colour-blind is lazy and has troubling consequences.

The pitfalls of colour-blindness reach into the public sphere, from media that gaslight the experiences of victims of racism to institutions convinced that there's no need to collect race-based data. For parents, it detracts from our ability to have age-appropriate conversations with kids about real-life issues such as racism and privilege.

I haven't had explicit conversations about racism with my three-year-old yet, but she'll be starting school next year. Available statistics show that schools are hardly colour-blind – that black male teenagers are more likely to be expelled from Toronto's public high schools than their peers is just one example – so I'll be diligent about ensuring she's treated fairly and teaching her how to recognize when she isn't.

She has started to learn about privilege – in her case, around ability. One of her playground besties has a disability, so we've had some fruitful conversations around how the world works for her and her friend. Once, when we were out shopping, she noticed on her own that while she could climb the two steps at a store's entrance, her friend might not be able to.

This realization made her sad and I hoped it might inspire her to be a force for change in the future. If we want our children to have a better go of things, they need to understand the realities of how our differences affect us and how we are treated because of them. After that comes giving them tools to deconstruct this world and rebuild a better one.

Jaimet's ignorance caused her to miss a teachable moment with her own child, but other parents don't have to suffer the same fate. If you see a troublesome costume this year, don't use colour-blindness as a crutch.

Kids who learn that the plastic feathered headdress at the costume shop is a cheap replica of something real, beautiful and meaningful might just be better off in life. Kids who learn that you don't need blackface in order to dress as Doc McStuffins or Princess Tiana might just grow to acknowledge racial differences in ways that are respectful.

If the only way you can co-exist with someone is to act as if you don't see an integral part of them, that is a personal failing – don't pass it on to your children. 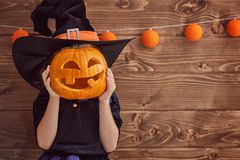 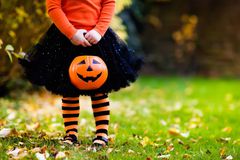 Opinion
Why your one day as a ‘sexy Indian maiden’ is dehumanizing
October 31, 2016 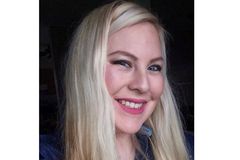