Bravo to Toronto parents Kathy Witterick and David Stocker for sparking a lively international debate about the meaning of gender. Too bad it's because they've made a wrong-headed decision.

They are the couple - now being called everything from brave postmodern hippies to out-of-control ideologues to unfit parents - who controversially decided to keep the sex of their third child a secret.

In a Toronto Star article by reporter Jayme Poisson that digitally flew around the world, the couple said they wanted to protect their four-month-old, an adorable chubby-cheeked child whom they've named Storm, from societal stereotyping.

"If you really want to get to know someone, you don't ask what's between their legs," says dad David Stocker, a teacher at (natch) an alternative school.

So even the grandparents have no idea whether Storm is their grandson or granddaughter. Only the baby's siblings, the midwives who helped in the delivery and a close family friend reportedly know, and they are all sworn to secrecy.

It should take people about 30 seconds to figure out the fallacy here: If you keep the sex of a child secret, you are making it the most important thing about that child, not the least.

Witness the online poll that asked if readers think little Storm is a boy or girl. Last time I looked, more than 4,000 had voted, and an overwhelming percentage - 81 per cent - think Storm is a boy. Storm is now the only infant in Canada with apparently "unambiguous" genitalia whose sex is being voted on by the general public. If I were the child's parents, I would not feel comfortable about that. Nor would I be about a Today show poll in which, out of 52,000 respondents, 89 per cent gave a thumbs-down to this social experiment.

There is much going on in this obviously loving and adventurous family that hits more than a few hot buttons in a world that adores Lady Gaga when she sings Born This Way but still wants to keep gender identity on the straight and narrow.

Older brother Jazz, 6, was singled out by adults and other children fairly relentlessly for his predilection for things identified as girly - pink poofy dresses, hair in braids, and nail polish. Ironically, he is exhibiting the kind of stereotypical behaviours his parents wish to avoid - only for the opposite sex.

The public reaction to Jazz's wardrobe choices got to the point where his mother admitted that when she was pregnant with her third child, "it was really this intense time around Jazz having experiences with gender."

So it's reasonable to assume that the parents' decision not to disclose Storm's sex is a direct result of their experience with their older child. That doesn't make it wise.

"... In not telling the gender of my precious baby, I am saying to the world, 'Please can you just let Storm discover for him/herself what s(he) wants to be?!." Ms. Witterick wrote in an e-mail to the Star.

Is this remotely realistic? By not identifying the baby as a boy or girl, the parents have given him/her no starting place from which to build a secure sexual and gender identity. Moreover, identifying as a girl when you are a boy or vice versa is not a decision enabled by parents. Feeling trapped in an opposite-sex body can be an excruciating process. Kids don't "choose" it, and some have killed themselves because of it.

We've come a long way in sorting out thorny issues of sexual identity, gender and orientation. As a society, we've pretty well accepted that sexual orientation is something you are born with.

Nonetheless, this genderless baby story has connected with a deep level of anxiety out there.

I can't keep up with the worldwide commentary, there's so much of it - the Today show, online comments, truckloads of experts, duelling opinion pieces. "Hear, hear!" wrote a self-described "radical feminist" in Britain's The Guardian: "I want to rid the world of gender. ... The minute we become aware of a child's sex, we police its behaviour like crazy."

Her male opponent countered: "The biggest problem is that identity is hugely influenced by the projections parents make on to children and that, without these, they are liable to lack a sense of self."

And here we come to something vital, fascinating and confounding.

What gives a child its sense of self? According to Ken Zucker, psychologist-in-chief at the Centre for Addiction and Mental Health and a world expert in childhood gender identity issues, the story here may not be about gender or sex or stereotypes at all: "It is way more than that. It is about identity, the development of the self. ... To really grasp the core, one has to go below the surface. How is the self constituted? How do parents transmit, via thousands of micro-interactions in day-to-day life to their children, who they are? How attuned are children to these thousands of micro-interactions? I think that this is at the heat of this intense discourse."

I do, too. Along with many of our contemporaries, my husband and I tried to give our children the message that so-called gender stereotypes were there to be ignored, fought against or even embraced, if they wished, on a case-by-case basis.

But it never occurred to us to deny the basic and glorious reality at the core of their being: Boy. Girl.

Which brings me back to Lady Gaga: "Don't hide yourself in regret/Just love yourself and you're set."

I'm pretty sure that also includes telling the world with great pride: "It's a boy!" or "It's a girl!" And then letting the kid take it from there. 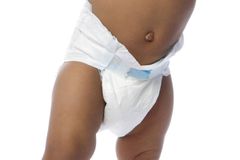 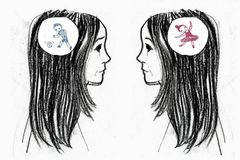