Melissa Kluger didn't anticipate the note that landed in her OkCupid inbox, beginning with the words, "This might be the strangest message you've ever received on here."

It was January when Kluger, a divorced Toronto publisher and mother to a three-year-old, got the note from Jennifer Solmes, another single mom who was looking for friendship. Solmes was dating on OkCupid herself, and the men there kept telling her how many single mothers had profiles up. Looking for women to relate to after a divorce, Solmes had already joined a single-moms' meet-up, but found the women had children much older than her one-year-old. A local moms' group was inviting, but most women were younger and married. And so Solmes struck on the idea to use OkCupid, a biggie dating site, to meet like-minded women in the city.

"I was kind of like this square peg," said Solmes, a 43-year-old who works in marketing in Toronto. "What I really wanted to find were other moms like me who were older moms, single moms downtown, of young children for play dates. If you're looking for something really specific, it suddenly occurred to me – the best place to find that would be OkCupid, where I could put in my qualifiers. There was really no other way to target."

In other words, Solmes gamed the system and moulded it to serve her platonic needs. She scoured through profiles, looking for women who had the highest compatability index with her, and then messaged them.

"In truth, that was by far not the strangest message I've received on there," said Kluger, 39, who messaged Solmes back the same day. They met in person two weeks later over dinner, and again soon after at a women's beer-drinking event. They've since become close friends and rounded up a larger group of local single moms on Facebook, making time to meet regularly around hectic schedules.

"I didn't have any success on OkCupid finding a lasting relationship, but I did find a lasting friendship, and I'm really grateful for that," says Kluger.

"It was a bit of a weird thing to send those e-mails, but it really paid off," Solmes said, adding that she found people who could relate to where she was in life: "On an emotional level, I got understanding."

Looking for new girlfriends later in life is a lot like dating, a daunting game filled with hope, pride and expectations. Solmes's life-hack and websites such as GirlFriendCircles.com, a "dating site for women finding friends," tap into our tendency to hit it off with people who are substantially like us. A Yale study published this week found that we make friends with people who are genetically similar to us, the equivalent of fourth cousins.

Beyond the workplace, meeting and solidifying new friendships can pose challenges when women seek support structures later in life, after they have had babies and the sheen wears off new marriages. On top of that, social circles naturally shrink through shifting life stages and transient work contracts that take people away from their hometowns. Weekly traditions such as Thursday drinks and Sunday brunch die out once people marry and have kids and reserve prime time for their families; weekends can become quiet for friends who are unmarried, divorced or child-free.

And as values and priorities shift with age, people can grow less flexible and tolerant with their long-time pals: A 2009 Dutch study from sociologist Gerald Mollenhorst found that people lose about half of their close friends every seven years.

"Our friendships still need consistent time together to grow, but if we don't have an area of life like work or mothers' group or church where our time together happens automatically, then we have to create that consistency. That requires initiation, regularity and spending time out of our busy schedules," says Shasta Nelson, San Fransisco-based chief executive of GirlFriendCircles.com.

Nelson says the dating-site style of her venture works for women looking for new girlfriends because women are fairly picky; there have to be many, many common threads. "We have a higher expectation that our friends need to 'get' us," says the author of Friendships Don't Just Happen!: The Guide to Creating a Meaningful Circle of Girlfriends. "We have a deep hunger for having friends who get us in our current stage of life."

Nelson started her website in 2009 after friends complained that they could line up three dates on a weekend through a website, but couldn't figure out who in their city was open to making new buds. The website now counts 40,000 members, 1,000 of them Canadian. Most women looking for a best friend here are in their busy late 30s and early 40s, although Nelson says her fastest-growing demographic is empty-nesters over 55. As on dating sites, women can specify parameters such as age, kids and career path.

"Some of the friends that I've had for years, we haven't clicked like I have with some of the women that I've met in this group," says Debra Kennedy-Johnson, a network marketer who moved to Pickering, Ont., four years ago, leaving behind years of hometown friendships. Kennedy-Johnson, 52, wanted a platonic girlfriend for spontaneous dinners out, weekend cycling and flea market rummaging. And she found three women for just that using the site.

Members can dig for compatible buddies themselves, or use a monthly "connecting circle." The goal here is efficiency: Keywords and locations are used to match up 12 to 15 profiles, invites are sent out, and the first six to RSVP get to meet at a café or wine bar. The meet-ups involve "sharing questions" to stir up conversation. Samples: "In what ways are you similar to, or different from, others in your family?" and "What title would you give to the current chapter of your life?"

Rachel Bertsche sees a lot of parallels between scouting for new best friends and dating. "A lot of women feel like, 'Well I don't want to ask her to lunch again because I asked her last time. I'm going to wait for her to reach out to me.' There ends up being a lot of waiting by the phone, metaphorically," says Bertsche, author of the 2011 book MWF Seeking BFF: My Yearlong Search for a New Best Friend.

The author transplanted from New York to Chicago with her husband. Working from home in a new city, she found it next to impossible to befriend women: "I kept saying, am I just supposed to pick up a girl at yoga class? It's really tough." There is a particular awkwardness to the platonic search, says Bertsche: "People are willing to talk about looking for love, but not friendship. When you say 'I'm looking for new friends,' what people hear is 'I have no friends.'"

So Bertsche decided to challenge herself to meet one woman a week for a year – 52 "friend dates" (a book deal followed). She started with friends of friends, later joining book clubs, improv classes and RentAFriend.com. And then she raised the bar some more, leaving a note for a waitress "who seemed really cool" and trading contacts with a woman in her row on a flight. Although there were some awkward silences over long meals, Bertsche ended up with 23 new friends and some new ideas about friendship.

"The definition of BFF that I was looking for is something that's not always possible or even ideal. When I was 16 it was great, that person you see every day and talk to on the phone every night," says Bertsche, now 32 with an 11-month-old baby.

So do men have this issue? "Women have face to face friendships and men have side to side friendships – they're looking to do activities together like golf, watching the game or playing video games or poker. They don't necessarily sit across the table from each other over dinner and have this long talk," says Bertsche.

Nelson's advice for those seeking to enlarge their social circle later in life? Don't overprune your existing networks, or trade off old friends for new ones at every new life stage. And don't be too fault-finding with new potentials: It's a labour of love, not an audition.

"Most of us," the platonic matchmaker points out, "we actually end up becoming friends with people who wouldn't fit the parameters that we would pick." 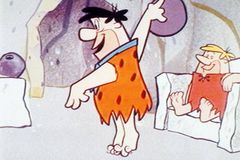 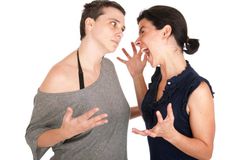 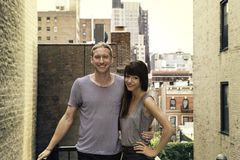