Common-law couples lost their King and Queen at precisely 3:45 p.m. last Friday, the moment Brad Pitt's rep confirmed the engagement rumour to People magazine. (A side note on celebrity gossip: Nothing is true until you read it in People.) Since hooking up and shacking up about seven years ago, the world's most photographed and photogenic pair had also become poster children for matrimony-free commitment. Yes, they were devoted, yes they had kids and property and planned to be together until death did them part, but the institution of marriage just wasn't for them. Until it was.

Like many late-to-the-altar couples, their decision to wed (one made after years of rejecting marriage, based on everything from previous failed unions to the lack of marriage equality in America) is less about embarking on a life together, than celebrating a life that is already very much in progress.

"[Brad and Angelina]totally copied us," says Gord Kemp, 42, an artist and farmer who lives with his common-law partner Teza Lawrence – a 41-year-old TV producer – and their three children on a farm near Creemore, Ont. After 17 years together, they are making it officially official later this summer.

"We started a family pretty young and then we just never really got around to it," says Ms. Lawrence, who proposed last summer at a fundraiser she and Mr. Kemp put together after their barn (the family home) burned to the ground.

"What we went through really put things in perspective and I just decided to go for it. I literally decided the day before. I measured Gord's ring finger while he was sleeping and drove into Collingwood to pick up a ring." Both Ms. Lawrence and Mr. Kemp say that unlike Brad and Angelina, they never felt any wedding pressure from their kids, though they are excited that the whole family will be able to participate in the big day, which they view as more of a celebration than a plunge: "You don't have the anxiety of, 'Is this the person I want to spend the rest of my life with," Mr. Kemp says. "We've already been together for most of our adult lives."

Putting marriage on the back burner while making more tangible decisions about home ownership and having children is an arrangement that suits a growing number of couples. The most recent data from Statistics Canada shows that common-law families now make up 15.5 per cent of Canadian families (that number has doubled in the past two decades). While it's impossible to tell how many of those couples view legal cohabitation and family-starting as steps along the paths to marriage and how many plan to skip marriage altogether, it's clear that the battle lines between those opting into marriage and those opting out aren't as barbed as they used to be. Unmarried couples aren't necessarily rejecting the institution, they're just rejecting the notion that it needs to be a precursor to everything else. And even those who don't plan to wed seem to be doing so in a passive way.

"There is absolutely no soap box," says Ryann Miller, a 34-year-old Toronto-based fundraiser and new mom, who has been with her partner for seven years. She says she would happily get hitched if it became important to him. "We bought a house a few years ago. We all but gutted it. The project was totally all-consuming, and after that we just thought, 'We're done.' " Ms. Miller says she has just never felt the need to get married: "I was never one of those girls who grew up dreaming of the big frilly dress. The idea that your wedding is the happiest day of your life feels like a sad cliché from a bygone era."

In Canada, the whole marriage debate became significantly less political after gay marriage was legalized in 2005. "Before [that] I was really uncomfortable being part of an institution that chose to exclude," says Cameron Kirkwood, a 39-year-old filmmaker, husband and father who, in 2006, married Jennifer Arnold-Kirkwood, a 41-year-old communications director, and his partner of a decade. "We had actually broken up, sold our house, divided our assets … and then realized that we wanted to be together."

"I had always been resistant to the idea of a wedding. I hated the idea of this crazy storm of planning and I never wanted to have a conversation about flatware or the shape of a plate," Ms. Arnold-Kirkwood says. "But after Cam and I broke up, what became really significant to me was if we're getting back together, we're all in. For me, part of 'all in' was a marriage."

They got married at a café in Toronto on their 10th anniversary. "We both felt like we needed some tangible milestone. Celebrating 10 years together with our family and friends just made sense."

There are, of course, some instances where feet-dragging may be cause for alarm. "My main concern is always that couples who are getting married after a decade are doing it to try to save their relationship, which is obviously a bad idea," says Elizabeth Abbott, author of A History of Marriage. In the best-case scenario though (and presumably Brangelina is in this boat), there are also a lot of pluses: "If you're deciding to get married for the right reasons after many years, and possibly after children, it's not about starry-eyed romance," Ms. Abbott says. "It's about affirming a satisfying, rich, comfortable relationship." If that isn't worthy of a big bash, what is?

Special to The Globe the Mail 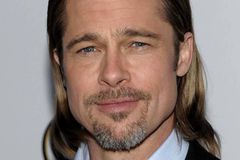 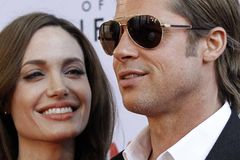 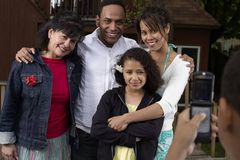 One reason married men tend to be healthier
July 21, 2011 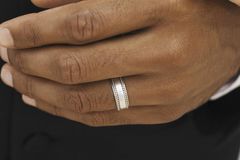