A Minnesota couple is refusing to pay an unusual bill – one they received by mail after they didn't show up to their friends' wedding.

Jessica Baker told Minneapolis, Minn., NBC-affiliate KARE 11 that she and her husband had made arrangements to go to the child-free wedding, leaving their little ones with her mother.

But when her mom called her to cancel at the last minute, Baker was out of luck, and out of time. With nowhere else to leave their kids, the couple didn't go.

They also didn't call the bride and groom to let them know immediately. "We had discussed if we should contact anyone and decided against it because, coincidentally enough, we'd had people RSVP and no-show to our wedding and I knew when I got married I didn't want to be bothered with phone calls on the day of my wedding," Baker told ABC News. "I just assumed, I guess, that we'd let them know the situation later on."

Soon after, they received the bill for the two herb-crusted walleye dishes they didn't eat, as well as tax and service charges. Grand total: $75.90 (U.S.).

Baker sent the bill to KARE 11, which posted it on its Facebook page.

The bill was accompanied by the message: "This cost reflects the amount paid by the bride and groom for meals that were RSVPed for, reimbursement and explanation for no show, card, call or text would be appreciated."

The Bakers may have been insulted by the bill, but not everyone agrees with them.

A slew of impassioned people are chiming in on social media, divided in this debate.

"Wedding guests sent a bill after they 'no-showed'! This is both ridiculous and amazing on so many levels. I would absolutely send a gift... but pay the bill? *scratches head*" FOX 4 News journalist Steve Noviello wrote, also on Facebook.

But wedding planners seem to have a hard and fast rule when it comes to this scenario: Billing people for a no-show is a no-no.

"It is absolutely unacceptable to bill a guest for non-attendance at a wedding," Alisha Chadee, lead event co-ordinator at Mississauga's Whim Event Coordination and Design, said in an e-mail to The Globe and Mail. "While it is unfortunate to have a guest cancel at the last moment, it is very common, and couples should be prepared for, and have budgeted for, a few guests to cancel at the last moment or not to show up." Chadee says she tells her couples to be prepared for as many as 10 per cent of guests to not show up, though that number is usually smaller.

"Things happen in life that are out of a person's control. I think the couple just had to be understanding that something happened and that's it. It happens all the time at weddings, with guests not coming for whatever reason," says Melissa Samborski, owner and principle planner of One Fine Day Event Planning and Design in Toronto.

"There was no need to send them a bill and I think it destroyed a friendship," she says.

This may be a rare case, but wedding etiquette missteps happen often. We asked the experts to share the most common with us.

When it comes to bars...

Most wedding planners agree it is impolite to ask guests to pay for their drinks – or, to ask them to pay for anything for that matter.

Wedding and event planner Brandi Hudson from Simplicity Wedding & Event Coordination in Charlottetown, says she tries to find money in her couples' budget to steer them towards having an open bar.

"You're hosting guests. You wouldn't invite them to your home for dinner and then ask them to pay for the meal or their beverages," she says.

When it comes to gifts...

Some brides and grooms ask for money as a contribution towards their wedding, which can come across as disrespectful, says wedding planner and event stylist Phoebe Lo, who owns Phoebe Lo Events in Toronto.

Crystal Adair-Benning, event planner at Distinct Occasions in Toronto, adds that it's impractical to have high expectations when it comes to gifts because every guest is different.

"It's really dependent on the culture, the background of the couple and what people can afford," she says.

When it comes to invitations...

Be clear about who you want to include.

Diana Pires, founder and creative director of Truly Yours Planning in Toronto, says that it isn't unusual for couples to decide they do not want children at their wedding after the invitations have gone out.

The time to make that call, however, is before. If you try to impose a child-free rule after parents have already assumed they can bring their kids, "It just makes the couples look bad and it's hard for the families to find a babysitter last minute," Pires adds.

When it comes to RSVPs...

This one is for you, wedding guests: Send those RSVPs in, ASAP.

Should we invite our rude relatives to the wedding?
August 21, 2014 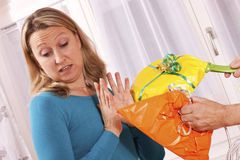 My friend's fiancée banned me from their wedding
September 28, 2011 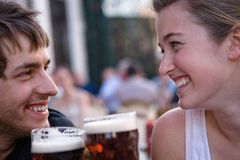