Victoria Huntley treats her five-year-old English cocker spaniel, Jay, as though he were her own dog.

She takes him to an off-leash beach in the mornings, she teaches him to heel and to wait for her before crossing the street. And throughout the day, he follows her faithfully around her Vancouver condo.

But to say he belongs to her is only partly true.

Ms. Huntley shares ownership of Jay with two other women, who shuttle him between their homes on alternate weeks and take turns caring for him. Jay's dog tag bears the cellphone numbers of all three of his owners. His registration papers list three addresses, and all of his veterinary bills and food costs are split three ways.

"This is amazing for me," said Ms. Huntley, a full-time university student. "I have a very busy lifestyle, so sometimes, even though I'm sad to give Jay back … I do kind of relish the week off."

Like time-sharing property, pet-sharing allows animal lovers to split the perks and responsibilities of ownership.

While the practice is old hat for couples sharing custody of pets after a break-up, the advantages of joint ownership are now being explored by busy individuals, frequent travellers and those unprepared for a full-time obligation.

Ms. Huntley had considered getting a dog, but wasn't sure she was ready to make the commitment. So when, about a year ago, two acquaintances from school who had been dog-sitting Jay suddenly found themselves saddled with him when his owner refused to retrieve him, she accepted their proposal that she share him with them.

"From their angle, the financial burden was quite big … even though they loved the dog," Ms. Huntley said.

She and Jay quickly became attached to each other, and now she sometimes dreads dropping him off at his other owners' homes.

"There's a side of you that wishes he would only want to stay with you and not go to them, but it actually makes me feel great that he gets so excited to go to their house, too," she said.

Sharing Jay involves compromise, Ms. Huntley said, especially as the three owners have different lifestyles. She considers herself somewhat preppy, but describes the other two as "sort of hippies."

She doesn't care if the food they give Jay is organic, but she buys organic anyway because it's important to her pet-share partners.

Meanwhile, the others tolerate a flea collar she bought for him, despite expressing initial concerns about its potential toxins.

The co-owners have bonded over their common affection for Jay, Ms. Huntley said.

"It's brought three very unlikely people to actually connect and really respect each other, even though we don't have any other ties besides our dog."

In Toronto, writer and editor Kristin Jenkins has been sharing custody of her black cockapoo, Charlie, since June.

The other owners are a couple who were mourning the death of their own dog.

She met Barbara and Robert Langford by chance on the street, when they remarked upon Charlie's close resemblance to their dead dog - who was also a black cockapoo, named Charley.

Their initial encounter led to an agreement to have the couple dog-sit, and eventually that evolved into sleepovers at the Langfords' home.

With Ms. Langford in her early 60s and Mr. Langford in his 70s, "they were at an age where they knew they weren't going to get another dog," Ms. Jenkins said.

Charlie now spends two to four days a week with the couple, and the rest of the week with Ms. Jenkins.

"He still knows I'm his mother, but Barbara is his other mother," she said, adding that since the arrangement began, she and Ms. Langford have become tennis partners. "It's more than dog-sharing. It's like a wonderful friendship."

Since pet-sharing requires trust, co-operation and geographical proximity, the practice is unlikely to take off in a big way. Still, those who pet-share say they see few disadvantages, as long as the animals' needs aren't put before the owners' convenience.

As snowbirds who winter in Phoenix, Ariz., Edmontonian Bernie Bykewich and her husband wanted a pet-sharing partner to take care of their two Bichon Laksa-cross dogs for six months at a stretch. They posted an ad on the classifieds site Kijiji in early December.

Although they received a few responses, Ms. Bykewich said, they eventually decided to pay an acquaintance to dog-sit for the winter rather than risk leaving them with strangers.

Since they left Canada in late December, however, their sitter's young daughter has fallen in love with the dogs, Ms. Bykewich said in a phone interview.

She would hate to break the little girl's heart by taking the dogs back upon her return, she said, so a shared ownership could still be in the cards.

"It sounds like they're really becoming close. The dogs are enjoying it, and we're really happy they're being looked after and loved, so we shall see." 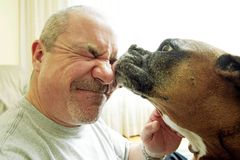