Times have changed. Except for irascible hockey commentator Don Cherry, with his ubiquitous "Eh?," and the slightly idiotic "hot enough for ya?," sayings that used to instantly identify us here and abroad as Canadians have more or less gone by the boards.

The toque-wearing hoser ethos ("beauty, eh?") played to perfection in the eighties by SCTV's Bob and Doug McKenzie and even that famous "My name is Joe and I am a Canadian!" beer ad are also ancient history.

Today a more relevant take on what it means to be Canadian is likely to be comedian Russell Peters's hilarious send-up of his India-born father trying to "pass" as Canadian by inviting the neighbours to a barbecue because "Canadians like to eat the barbecue," and offering them "hoddogs," and other "white food."

To deep-six another stereotype, we Canadians are not nearly as nice as we used to be. Any car-honking, digit-brandishing drive through downtown Toronto or Montreal in rush hour will attest to that.

So how can you spot a Canadian these days?

Herewith, on this day of national celebration, my highly selective top 10 ways to spot a Canadian, circa 2011:

1. You are a Canadian if you spend, as a member of my family did recently, three days in a top teaching hospital, get the best cardiac care going, and on your way out, gratefully walk right by the sign that says Cash Office, because it's all paid for, and that's what we support and believe in: universal health care.

2. You're a Canadian if you like vinegar on your French fries, think just about anything - especially barbecued salmon - goes better with maple syrup, and admit poutine could be the national dish, especially if it's gussied up by top chef Jamie Kennedy.

3. You're a Canadian if you've politely said, "I'm sorry" at least once in the past week to someone who jostled YOU in the subway, but you privately swear more than Americans, Brits or Aussies. (It's true! We're the best damn swearers around.)

4. You're a Canadian if you think a Prime Minister with a divisive modus operandi and a penchant for control meets the bar to be called "a dictator." Just don't take that to North Korea.

5. You're a Canadian if you gripe about the heat during what amounts to a measly two-month summer. And if the first snowfall in winter always seems like a personal affront.

6. You're a Canadian if your country hosts a contentious G-20 conference and no one was killed or seriously injured during the inevitable street riots, but in which, a year later, you're still rightfully calling the police on the carpet for their heavy-handed presence and egregious abuse of power.

7. You're a Canadian if in public you don't really feel like thanking God for everything; whom you pray to is still a private matter, thank you very much.

8. You're a Canadian if the sound of Gordon Lightfoot singing Ribbon of Darkness moves you to tears almost as much as Justin Bieber pouting out Baby, but for very different reasons. And if you think the most pertinent fact about international megastars like Celine Dion, Michael Bublé and Christopher Plummer is that they are Canadian, just like you!

9. You're a Canadian if you refile your taxes to correct a tiny mistake, wait patiently at a red light to cross the street even though no car is coming, and address a surly American customs guard as Sir even after he has menacingly threatened not to let you into his country because of some minor omission on your customs card.

10. You're a Canadian if, when visiting Paris and dressed like any North American - so casually that as David Sedaris once put it, you look "like you're ready to mow someone's lawn" - and a resident asks what part of "the States" you're from, you bristle and proudly declare your nationality.

In short, you're a Canadian if you're nice but not too nice, deferential to authority but still ready to insist on justice, especially when it comes to rogue cops, and if you don't need a UN quality-of-life survey to convince you that you live in the best damn country in the world.

Oh and you're very much a Canadian if you read this list and said, what the hell? She didn't even mention hockey. Happy Canada Day. 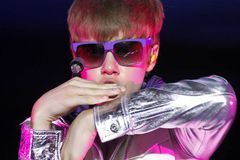 Happy Canada Day - it's time to sip some home-grown vin
May 9, 2018
Follow us on Twitter @globeandmail Opens in a new window
Report an error Editorial code of conduct
Due to technical reasons, we have temporarily removed commenting from our articles. We hope to have this fixed soon. Thank you for your patience. If you are looking to give feedback on our new site, please send it along to feedback@globeandmail.com. If you want to write a letter to the editor, please forward to letters@globeandmail.com.
Comments