We all know him: Mr. Handsy.

The last time I encountered him was at a vodka-heavy party last Christmas Eve. A neighbour of the host but a complete stranger to most of the guests, the man wandered around, inexplicably placing his hand on the lower back of every woman in the room. By way of introduction? It wasn't clear.

Soon, all of us were commiserating about the "weirdo," a cross between your creepy uncle, Mr. Rogers and George F. Will. It was an awkward square dance: feasting, drinking and dodging the menacing hand. Not studied in the norms of social touching, the elderly gent clearly didn't care much, either; to him, it was an all-you-can-touch Christmas buffet.

Now, just in time for the awkward boiling points of the holiday cocktail season, comes a handy primer for all the Mr. Handsies of the world. Researchers at the University of Oxford and Aalto University in Finland have compiled the largest ever study of acceptable physical contact. Long-windedly titled "Topography of social touching depends on emotional bonds between humans," the study concludes that the closer our emotional bonds, "the larger the bodily area available for touching." As for strangers, everything is off-limits but the hands – and those are for shaking.

The researchers showed 1,368 people from Finland, France, Italy, Russia and the United Kingdom silhouettes of the body – front and back. They asked them to colour in which parts were acceptable to touch, with respect to relatives, partners, friends, acquaintances and strangers. White and yellow shades indicated kosher areas, while dark red and black showed the no-fly zones (respondents were also to map out taboo zones like buttocks and genitals). The drawings resembled heat maps, but light meant yes and dark meant no. (Click here to see the study, including the maps.)

A basic social pattern known to most of us emerged: The closer people are, the more touchy they are. "These body regions formed relationship-specific maps in which the total area was directly related to the strength of the emotional bond between the participant and the touching person," the researchers wrote.

Of course, a whole other set of protocols applies for family. Here, we reserve most of the contact for mom, specifically her face, arms and upper back area. Uncles and male cousins seemed particularly untouchable. But male strangers were the most verboten – only their hands were deemed acceptable, contact to be kept strictly below the wrist.

"Scientists Discover that There are Good Touches and Bad Touches," quipped New York Magazine's Melissa Dahl, who also had the clever idea of printing the graphic out and handing it out on the subway, where Mr. Handsies reign supreme.

Some counterintuitive findings from the study included:

• Women are more comfortable being touched than men. (Except if it's Mr. Handsy.)

• Women were also allowed to touch wider body areas than men, and their touch was "evaluated as more pleasant" than opposite-sex touch.

• The Finns were the most touchy-feely of the lot, followed by the French and Russians. Italians came in fourth, surprisingly just ahead of the touch-averse Brits. (It would have been nice to see this compared with non-Western cultures.)

The heat maps also showed that between partners, any place on the body is fair game. The caveat of consent should be added here: Whether you've been together a year or 30 years, you still need to get sexual consent. Which may come as a surprise to some people: A troubling online poll from the Canadian Women's Foundation found that more than one in 10 Canadians believe spouses and long-term partners don't need to bother getting consent from each other before having sex. Not so: Your spouse's body isn't yours.

Explaining the importance of their work on touch, the study authors wrote, "Skin is the largest organ and the clearest border between individuals and the world." 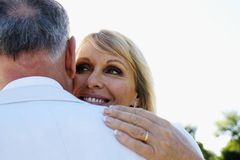 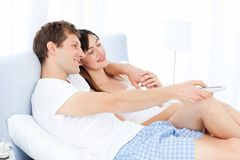