The man is on his knees before a smug-looking girl. Tongue out and paws up, he looks about ready to fetch, roll over or play dead.

The image graces the cover of The Man Whisperer: From getting him to pronounce the L-word to grooming him out of rumpled shirts and man boobs, the book is for women who like to "Cesar Millan" their men with a "gentle, results-oriented approach" - not to mention meat-loaf rewards.

It's the latest offering in a troubling genre: Books that declare women can train their men like dogs, the goal being a shiny engagement ring.

There's a litany of them: Why Men are Like Dogs and How We Can Love Them; Men Are Like Dogs, Women are Like Cats: A Guide to Finding Love in this Dog Eat Dog World; How to Make Your Man Behave in 21 Days or Less Using the Secrets of Successful Dog Trainers. (That book's author, life coach Karen Salmansohn, failed to make an obedient pooch out of her fiancé, who took her to the cleaners last year.)

In What Shamu Taught Me About Life, Love, and Marriage: Lessons for People from Animals and Their Trainer, author Amy Sutherland described how she got results by cooing at her husband when he threw his smelly socks into the laundry basket, or lured him to Ikea on a Saturday with the promise of Swedish meatballs.

In 2005, BBC aired a self-improvement series called Bring Your Husband to Heel, which featured a dog trainer sharing her tricks with wives facing "laziness and other unwanted behaviours." BBC was forced to apologize after receiving a torrent of complaints that the show was demeaning, offensive and sexist.

Why does the bow-wow genre hold such appeal for women? "While we are having a bit of fun with the dog metaphor, it really is about better communication," said Samantha Brett, who wrote The Man Whisperer.

"Man whispering is a great way to let a man know what you need to feel good about the relationship, and how to please you by giving clear requests," said her co-author Donna Sozio.

Another book, Alpha Male: Who They Are, How They Think, What They Want; How to Attract, Meet, Marry & Train One, purports to help women exploit the "identical" motivations of man and wolf - that's food and sex, writes the author, a dog trainer who has perhaps wisely cloaked herself in anonymity. "Some men will be offended to be compared to wolves," the author says. "But only until they actually read what is in the book. I have great and deep respect for wolves."

Men aren't impressed. "It's incredible. If someone wrote something like that about women or Jews, nobody would accept that. But it's written about men, so that's okay," says Gilles Tremblay, professor of men's studies at Laval University.

"To see a book like Men Are Like Dogs and Women Are Like Cats, it just seems so backward," Cooper Fleishman, senior editor at The Good Men Project Magazine said from Brooklyn. "It's an active resistance against the idea that men are complex, or at least as complex as women are."

Launched in June, the Project looks at "what it means to be a good man and the challenges of self-improvement in 2011." Mr. Fleishman says the dog-man genre overlooks that every man is "unique and complex."

"It reflects the same cultural force that makes people like Kay Hymowitz [author of Manning Up]think that the Judd Apatow Knocked Up model of arrested-development manhood is the norm," Mr. Fleishman said.

The demeaning of men has a long cultural history, said Serge Desmarais, a University of Guelph psychology professor who researches gender. He points to the "charming rogue losers" on television shows such as The Honeymooners and Everybody Loves Raymond, anda litany of ads, from Bounty to Rona, that paint fathers and husbands as lazy bozos.

But the dog comparison takes it down a notch: "I don't think you help women by pushing them to consider men as dogs. What we need is how we can relate to each other respectfully as human beings," said Prof. Tremblay.

Paradoxically, much of the latest offering, The Man Whisperer, revolves around women changing their behaviour, in effect retraining themselves. Regression appears to be the key to commitment: Leave equality at the office and drop the nagging at home. If that fails, go the Cosmo route and tell him how hot he looks when he's watching the game, or that you're off to the gym to tone your butt, for him.

"The person being trained is not the man," says Prof. Desmarais. "In the end, you don't want to be alone and you probably want to have babies. What can you do to land [a man]and create situations that are livable, since guys are stupid?" While he finds the genre "annoying," Prof. Desmarais says he doubts most men would care, mostly because they haven't been as "historically disadvantaged."

"It doesn't have the same sting," says Jackson Katz, gender scholar and author of The Macho Paradox. While he thinks the books turn men into caricatures, he's not quite calling the genre misandrist.

And so the double standard persists, as Prof. Desmarais goes further, suggesting that the "men are dogs" stereotype exists for a reason. "Even men know men like that," he says, before adding, "Is it true that there are many men who extend their adolescence until they're 75 years old? Yes, but there are also many men who are incredibly responsible, take care of their kids and do things that the media doesn't broadcast." 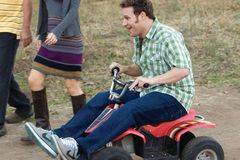 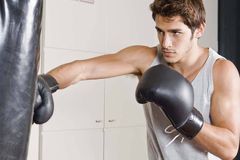 Forget roses, make her a craft - and other lame Valentine's Day tips
February 10, 2011 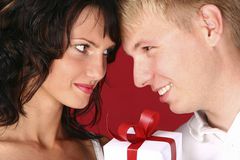 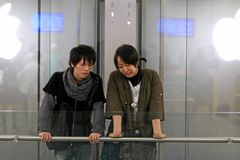