When Alex Pineda's bosses decided their employees could work wherever they wanted, the web developer didn't park his laptop at home or at the neighbourhood coffee shop. He left for Paris.

"If it doesn't really matter where I am," he figured, "then why am I in my own apartment instead of a place in Europe?"

So this time last summer, having sold the idea to his managers, Pineda stuffed his backpack, crossed the Atlantic and began hopscotching around some of the world's most historic cities, while still working full-time for Mabel's Labels, a Hamilton, Ont.-based company that makes child-friendly labels. By the time he returned home nine weeks later, he'd visited Berlin, Amsterdam and Barcelona, living off his regular pay cheque.

For Canadian workers stuck in an office, clock-watching through a too-short summer, Pineda's European adventure sounds like a fairy tale. "My goal was to change my whole environment," he says, "a little bit of a reset."

Most employers would likely struggle to accommodate requests for such ambitious "resets," leaving staff tied to set shifts that don't always coincide with their real or optimal work days. And some workers prefer the structure of office life. But research and case studies continue to build evidence that Canadian employees might want to leave on their bosses' desks this summer; the findings suggest that the most efficient, least-stressed work force is one freed from time, and, yes, space.

Pineda's "work-ation" was only possible because in March, 2013, Mabel's Labels became the first Canadian company to fully adopt a workplace strategy known as ROWE, which stands for "results-only work environment." The company's 40 employees, once given their responsibilities and deadlines, can get their work done in the manner, place and time that works best for them. They are judged only by their performance, not their ability to sit at a desk all day. Some staffers at Mabel's still need to be at work – to receive shipments, for instance, or work the production line. But generally, attendance isn't monitored, and meetings have to be justified.

"You get more done," says Cynthia Esp, Mabel's co-founder and vice-president. "The people who are overseeing the team are focused on what matters, not whether someone came in 10 minutes late."

It also means, says Esp, that some of the workplace tension around who gets flex-time arrangements has vanished. "As long as they are meeting their goals, we don't care if we see them in the office or not."

ROWE is the brainchild of Jody Thompson and Cali Ressler, two former Best Buy managers who have been training companies around the world how to create a flexible, performance-driven workplace. Their clients include government departments, financial institutions and even child-care centres.

Thompson says the ROWE concept – which one magazine headline dubbed "Work Like It's Saturday" – improves on telecommuting arrangements that aren't possible for many workers. The idea is to change the top-down culture in many companies that supervises staffers as if they were children who need permission to use the washroom or to leave early on a sunny Friday afternoon. Instead, the focus is how to reorganize the workplace to improve customer service and productivity.

One of the rules in ROWE is to avoid popping in on a co-worker unannounced. In one call centre, Thompson says, staff worked out their own schedules to suit the company's needs and their own lifestyles. She dismissed concerns that workers will slack off, saying that's something they can do by shuffling paper and pretending to be present at their desks. "The only way you can take advantage is by not doing your work, and then you get fired," she says. "No results, no job."

A flexible, results-driven workplace can also make it easier to attract and retain good staff, as ATB Financial, an Alberta-based bank, discovered. President and CEO David Mowat says the company began moving toward more work-away arrangements when it faced losing a top manager, who needed to care for his dying father in British Columbia. That manager now supervises call-centre staff through a computer from Kelowna, B.C.

Security technology, Mowat says, has made it possible for financial companies to allow more staff, including those taking customer-service calls, to work out of the office in ways they couldn't previously. "You can craft a job that's perfect," he says. "If you are in a wheelchair, you don't have to commute. If you're home with the kids, you can be there when you need to be."

As for the lack of face time, Mowat says, during online "coffee breaks," employees still use the office texting system to chat about their kids or the latest episode of Breaking Bad. And he argues there's no issue with accountability – good managers know their best and worst employees no matter where they work.

Of course, some industries and jobs don't suit office flexibility very well. But even companies that might benefit find the concept a hard sell. Working from home has taken a hit: Last year, in a high-profile change of direction, incoming Yahoo CEO Marissa Mayer banned the practice of telecommuting at the tech company. According to the most recent Statistics Canada data, the number of employed Canadians who worked at home – even one day a week – only increased by one per cent between 2000 and 2008, to a total of about 11 per cent of the population.

Research, however, continues to suggest that more autonomy at work reduces stress and increases productivity. One Stanford University study divided staff at a call centre for a Chinese travel website into two groups – half worked from home, the other half in the office. Researchers found that the people working at home were happier, less likely to quit, and completed about 13 per cent more calls than staff in the office. Stanford economics professor Nicholas Bloom, who co-authored the study, suggested the quieter home environment made work easier. At the end of the experiment, some staff chose to return to the office – flex-work suits some employees more than others – and the study found that those who stayed home because they preferred it were even more efficient. "People are productive when they are motivated and given peace and quiet to work," Bloom says.

Faced with the temptations of playing tourist in a foreign city, Pineda says finding a good work space was important. It also helps, he jokes, that the time-zone difference allowed for sleeping in after late nights out. He was careful to answer e-mails right away, even if he couldn't immediately address the content.

In Amsterdam, he hooked up with a group of computer programmers who rented a daily workspace with fast Internet connections in a new building called the A-Lab. In Rome, he mostly worked out of his hostel. In Berlin, he worked out of a BetaHaus, which has workspace for start-ups and a bustling café jammed with brainstorming techies on the ground floor.

Last summer's trip "was another notch in things I thought I would never do," Pineda says. "I had never been to Europe, never travelled solo, never worked remotely while travelling." He is now considering the logistics of working out of Central America, this time staying based in one city for at least a month. "It's just going to get easier to jump ship and travel."

The view from the office never looked better. 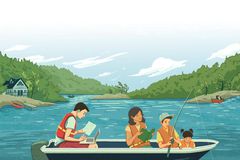 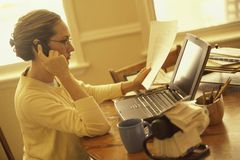 Overwhelmed: Why we need to take back leisure time
April 1, 2014 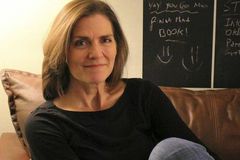 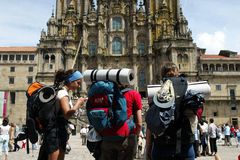 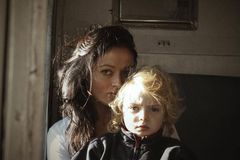