While no such data exists, the question "What's your favourite book?" is probably asked during, oh, three-quarters of first dates. The same isn't true when it comes to peoples' least-favourite reads. Is it possible to love someone if you hate their taste in books? Can a relationship survive if its partners are not, quite literally, on the same page? For Valentine's Day, Books Editor Mark Medley surveyed a number of authors on whether there's such a thing as a "deal-breaker" book – a novel that would test even the most storybook of romances, for instance, or a biography that, if spotted on a new lover's bedside table, would end the relationship on the spot.

We all said Atlas Shrugged, right, guys? I mean, of all the books that could dump cold water on sparking romantic interest, it seems the most (wouldn't Rand approve) efficient. Not only does it say 'This might be the only book I've ever read and maybe I didn't even finish it, I mean, it's pretty long,' but it also implies a fondness for Rand's grotesque philosophical celebration of selfishness: Objectivism. Nothing more arousing than knowing your potential partner believes in getting his [or hers] and letting everyone else worry about themselves.

Grace O'Connell's new novel, Be Ready for the Lightning, will be published in June.

The Art of the Deal, by Donald J. Trump and Tony Schwartz. Does this choice really need any explanation? The chatter I've heard about this book makes me wonder if Donald Trump has even read it, let alone written any of it. I'd be out the door fast, unless the book was next to the fireplace, its pages available as a convenient kindling starter.

Terry Fallis's new novel, One Brother Shy, will be published in May.

I think a stack of James Patterson's on the bedside table would be a deal-breaker for me. It's not that Patterson is a bad writer of generic concepts – well, he's that, too – it's the industrial aspect of his output I can't abide. To enter a romance with someone who reads the products of a team of ghostwriters would be like making love to someone who made you Valentine's dinner from the frozen section of Shoppers Drug Mart.

Andrew Pyper's new novel, The Only Child, will be published in May.

Without a doubt, On The Road. Every terrible boyfriend I had loved Jack Kerouac, so that would be a sure sign that we're not a match!

Emily Schultz's new novel, Men Walking on Water, will be published in March.

In Trump We Trust by Ann Coulter. Some bedside books would give me pause – the Bible, 50 Shades of Grey – but they might at least spark an interesting conversation. Not so with Coulter. I couldn't imagine talking [to] or getting intimate with anyone who keeps this stink bomb within reach of their pillow.

Trevor Cole's new book, The Whisky King: The Remarkable True Story of Canada's Most Infamous Bootlegger and the Undercover Mountie on his Trail, will be published in April.

Just as alternative facts are anathema to journalists, so are alternative [and typically conspiracy-theory driven] theories of history to the historian. I don't care how funny, interesting and accomplished you are – if I see a book by David Irving on your nightstand, I'm walking out the door.

Jennifer Robson's new novel, Goodnight From London, will be published in May.

I'm sure David Foster Wallace's Infinite Jest is a very good book, judging by the seven people who have actually read it, but I will not tolerate going out with a man who owns it – and has read it. I don't need to date someone who is measurably better than me, namely measured by 1,079 pages.

Scaachi Koul's essay collection, One Day We'll All Be Dead and None of This Will Matter, will be published in March.

Anything by Gary Taubes, who is the author of The Case Against Sugar and Why We Get Fat. I know damn well why we get fat, and it's because we ordered six desserts and there were two of us, but the cake was delicious and what a way to die.

Kerry Clare's novel, Mitzi Bytes, will be published in March.

The Life-Changing Magic of Tidying Up by Marie Kondo. It's about decluttering, which might be fine if the author didn't extend her ideas to books. Her advice is to put your entire library on the floor and throw out those that don't 'spark joy.' So there goes my copy of A Little Life by Hanya Yanagihara, my Neanderthal textbook and my dictionary? If I see this on your nightstand, I have a headache.

Claire Cameron's new novel, The Last Neanderthal, will be published in April.

The Artist's Way: A Spiritual Path To Higher Creativity, by Julia Cameron. Anyone who wants to follow this book will have to take the path without me. I know artists. They are a tortured lot. And by the way, anyone who wants to go the artist's way should just learn to paint, play an instrument or write some pages that won't put the reader to sleep.

Antanas Sileika's new memoir, The Barefoot Bingo Caller, will be published in May.

Good news, Valentine: Chocolate may be good for your heart
February 9, 2017 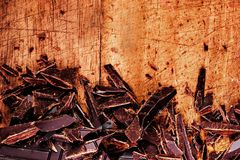 Share the love this Valentine’s Day with these wine picks
February 7, 2017
Follow Mark Medley on Twitter @itsmarkmedley
Report an error Editorial code of conduct
Due to technical reasons, we have temporarily removed commenting from our articles. We hope to have this fixed soon. Thank you for your patience. If you are looking to give feedback on our new site, please send it along to feedback@globeandmail.com. If you want to write a letter to the editor, please forward to letters@globeandmail.com.
Comments