I've heard a lot about dark chocolate being a heart-healthy food. Is it worth adding to my diet? How much can I eat so I won't gain weight?

Who doesn't like – or love, for that matter – chocolate? Its unique rich flavour and velvety mouthfeel makes it one of the most craved foods. Some experts even believe that eating chocolate induces amorous feelings, thanks to its natural chemicals.

Even if chocolate doesn't spark feelings of romance this Valentine's Day, plenty of studies suggest it's still good for your heart. Dark chocolate, in particular.

Yet, whether adding a few squares of it to your daily diet will ward off a heart attack or stroke, well, that remains to be proven. Still, it's a worthy addition to a healthy diet.

The most abundant and compelling research, however, revolves around cardiovascular health.

A review of nine studies involving 157,809 participants, published in 2015, concluded that people who are habitual chocolate eaters – more than once a week and as often as daily – were significantly less likely to suffer a stroke, develop coronary heart disease or die from heart disease.

The studies analyzed observed associations only and, as such, don't prove cause and effect. It's possible that the protective effects were due to other heart-healthy foods in participants' diets, such as fruits and vegetables, whole grains, fish and legumes.

Dark chocolate's potential heart benefits are believed to be due to flavanols, natural chemicals abundant in cocoa beans that give it its dark colour and bitter taste. (Flavanols are a subclass of phytochemicals called flavonoids.)

The flavanol content of chocolate can vary considerably depending on the amount of cocoa solids it contains. The more cocoa solids – indicated by a percentage on labels of dark chocolate – the more flavanols.

Dark chocolate has more flavanols than milk chocolate; white chocolate – which isn't chocolate at all – contains none.

But even a chocolate bar that contains 70-per-cent cocoa solids can have varying levels of flavanols due to the cocoa bean crop it was made from and the chocolate refining process, which can strip away antioxidants.

Manufacturers are not required to label the flavanol content of chocolate products, so there's no way to know how much you're getting. While not perfect, the best indicator of high flavanol content is a higher percentage of cocoa solids and a more bitter taste.

Flavanols aside, dark chocolate is nutritious, something that can't be said about most other confectionery. An ounce of dark chocolate (about three squares of a 100-gram bar), for instance, is a decent source of iron and delivers 15 to 20 per cent of a day's worth of magnesium.

Chocolate is high in fat (from cocoa butter), but almost one-third of that fat (30 per cent) is heart-healthy monounsaturated fat. And the main type of saturated fat in cocoa butter, called stearic acid, does not appear to raise LDL (bad) cholesterol in the bloodstream.

Dark chocolate contains considerably less added sugar than milk chocolate. One ounce of 70 per cent dark has 9 grams of sugar (two teaspoons worth); the same amount of milk chocolate has 17 grams.

And the darker the chocolate, the less sugar it contains. Lindt's 90-per-cent Cacao dark chocolate, for example, has only two grams of added sugar.

There are no established guidelines about how much dark chocolate you need to eat each day to reap its cardiovascular benefits.

In fact, some research suggests that the "dose" doesn't matter. Instead, eating a small portion of dark chocolate or cocoa (more on this later) on a regular basis is what's important.

Don't overdo it. A 100-gram bar of 70-per-cent dark chocolate delivers 550 to 600 calories, which, for many people is a recipe for weight gain if eaten regularly.

To prevent overindulging, limit your portion size of dark chocolate to one ounce and enjoy it after eating a meal. Or, pair it with a serving of fruit as a midday snack.

Consider adding cocoa powder to your diet instead of dark chocolate, which delivers plenty of flavanols with fewer calories. (Two tablespoons of unsweetened cocoa powder have 25 calories.) Look for cocoa that isn't Dutch-processed, a processing method that reduces flavanol content.

Plus, research suggests that the fibre in cocoa powder may boost its heart benefits by acting as food for good gut bacteria that reduce inflammation.

Stir cocoa into hot milk or a plant-based beverage, mix it into yogurt or sprinkle it over oatmeal.

Dark chocolate is a healthy food that will add beneficial flavanols to your diet but it's not a magic bullet.

Want to stay slim? Up your flavonoid intake
February 3, 2017 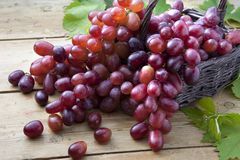 Boost your intake of resistant starch to help your gut thrive
January 13, 2017 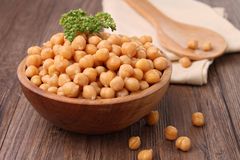 Leslie Beck: Why you need to mind your magnesium intake
January 9, 2017
Follow Leslie Beck on Twitter @lesliebeckrd
Report an error Editorial code of conduct
Due to technical reasons, we have temporarily removed commenting from our articles. We hope to have this fixed soon. Thank you for your patience. If you are looking to give feedback on our new site, please send it along to feedback@globeandmail.com. If you want to write a letter to the editor, please forward to letters@globeandmail.com.
Comments