Everyone wants their wedding to be a perfect day that lives on in perfect pictures. Too bad no one ever asks the photographers how to make that happen. From obsessing over Pinterest to the debate over unplugged ceremonies, wedding photographers from across Canada offer their commandments to bridges, grooms and guests alike.

1. Don't get hung up on magazine coverage

Some couples go overboard to get their pictures into glossy wedding magazines. "[It's] more of a goal [for clients] now," says Kristy Ryan, owner and photographer at Blush Wedding Photography in Vancouver. People will overspend to land the media coverage, which makes the day even more stressful. And they expect every image to be photoshopped to perfection. "It's getting even more artificial," Ryan says, adding that some couples create a special invitation for the magazine editors that they can't afford to send out to all their guests. Same goes with special hors d'oeuvres. "It propels this machine. [Readers] will look and say, 'Wow, they had all these flowers or all these details.' But really, no one had it. It was just one invite that got made."

2. Keep an eye on the clock

Every shoot has its own logistics and most usually eat up more time than planned for. When the bridesmaids take too long to get ready, Ryan says, "That time usually gets cut from the photographer's portrait session. The photographer now has 20 minutes to do what he should have had two hours to do. Everyone is stressed," she says. Many clients also want extra shots like one of the bridesmaids in robes as they get ready. "It's amazing that no one calculates all that time. It becomes a problem." Takeaway: Draft a schedule with your planner and photographer before hand, make sure every participant has a copy and appoint one of your wing men or women to keep an eye on the clock.

3. Don't write off the engagement shoot

Fewer couples are opting for engagement shoots these days, says Emily Exon, the Calgary-based owner of Emily Exon Photography. "But what they don't understand is that it's only about an hour and it prepares them so much more for the wedding day than those who don't do it." How? "It allows them to be more candid on the wedding day because they know what to expect. They know what the poses are, when to look [at the camera], how to look at each other and how to relax."

4. The case for 'unplugged' ceremonies

Guests who think they're harmlessly grabbing a snap can be the bane of a wedding photographer's existence. "You have the bride walking down the aisle and 20 people in crowd all holding up their cellphones and iPads. It spoils what could be a very beautiful image," says Mike Caringi, principal photographer and creative director of 5ive 15ifteeen Photo Company, in Toronto. One recent wedding he shot proved why going unplugged is important. "I'm standing at the top of the aisle waiting for the bride to come down. All of a sudden, someone stepped out into the middle of the aisle to take a photo. He was a big, burly guy. I had to go and tap him on the shoulder and ask him to get back in his seat," Caringi says. "She's been dreaming about this moment for years. Now it's ruined because this guy had to get a picture on his iPad?"

5. The case against 'unplugged' ceremonies

The "unplugged" wedding, where guests are asked to keep their iPhones, iPads and other devices in their pockets, are increasingly common. "I just did an unplugged ceremony last month and they announced it in front of everybody after the groom had walked up to the front and before they actually played the music," Exon says. "I get it. But at the same time, your aunt wants a photo. Let your guests know it's okay to take pictures, just please be aware that we have a professional here."

"We ask all our couples for a wish list," Caringi says. "It's a list of names and combinations of people they want to make sure to get a photograph of the day of [the wedding]." It could be a favourite aunt or all the guys from your ultimate Frisbee team. Whoever it may be, think through the list carefully beforehand. "The day is such a whirlwind and it goes by so quickly. If you have a list for me and you introduce me to one of your bridesmaids who knows who all of these people are, we can get photos of them."

7. Get on the same page as your photographer

Building a solid rapport with your shooter is essential, says Jeff Cooke, a photographer with Cooked Photography, in Halifax. "You want to trust that the photographer can handle any issues," Cooke says. "If there are any photography issues, it's usually due to certain expectations that weren't [set] up front, so far as what the photographer will and won't do." Without a good rapport, things can go south in any number of ways. "It just makes for an uncomfortable experience for everyone involved," Cooke says.

"Pinterest boards show me what they like. But some brides feel like they need to print off the list and have every photo on it. Don't do that," Cooke says. "Trust your photographer." It can be impossible to perfectly recreate some images that inspired you on Pinterest. This gorgeous shot by the ocean? We're in a field. This gorgeous shot by a cliff side? There's not a cliff around here. In short, be realistic.

9. … or other people's wedding albums

"Sometimes couples try and plan every moment that I'm going to photograph," says Christine Lim, a Toronto-based wedding photographer and owner of Christine Lim Photography. Couples will come to her with lists of moments they've seen at other weddings and want captured at their own. "I find that very limiting, and then I miss the other images and moments that perhaps could have meant more to them."

10. Take off your planning hat

Lim adds that one recent bride was "heavy in planning mode" during her wedding. "The day after her wedding, she said she was so disappointed that we hadn't gone to a certain location that she wanted to go to, and so she felt that her wedding photos were incomplete." Rule of thumb: Plan all you want beforehand, but once the big day comes, try to relax and simply enjoy it.

Ten songs that will start your wedding dance off on the wrong foot
May 26, 2016 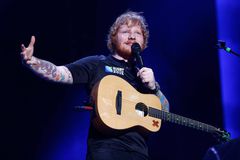 Some older couples have ‘weddings’ without getting wed
May 26, 2016 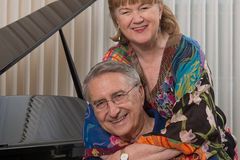 If you could do it again: Wedding lessons from Globe readers
May 26, 2016 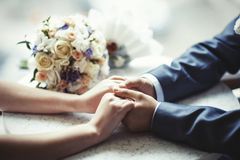