It was the last year of high school and she was new and weird: a ballerina in dingy clothes who made dark jokes and threw her feet up on her desk during French, where she was the most fluent student. I desperately wanted to be her best friend.

When we’d arrive to her family’s big Forest Hill house for lunch, she’d alternately squeal at her little white dog, glare at her older sister, sift through fashion magazines and stare blankly at the TV, worrying about what her injured knee would mean for her dance career.

In hindsight, it’s clear that my new friend was a brassy but depressed teenager. At 17, all I could see was that she was way cooler than me. I hoped to keep her attention for as long as possible.

The first sign of trouble came at the movie theatre where we’d gone to see the syrupy 1996 romance The English Patient. My friend asked if we could sit a seat apart so she could “concentrate”; it seemed unusually cruel. After that her interest waned. As we headed off for different universities, our contact evaporated.

As far as friend breakups go, it was a cakewalk: my friend had given me the slow fadeout.

Other options include ghosting – disappearing without so much as a word – or the hard cutoff, enumerating all the wrongs that you have been silently stewing over for years in a letter or a text or Facebook message. Sometimes initiating a friend breakup is part of a larger editing process in your adult life, of deciding you won’t take crap from anyone anymore.

No matter how women go about “breaking up,” what’s clear is how bad we are at it. Women are often stunned by how drastically communication can break down between friends who have been talking deeply about everything for years.

“It’s a hard thing for me to grapple with,” said Melana Roberts, a Toronto policy strategist who had a close friend of a decade go AWOL on her.

Roberts, 27, and her friend had been in a rich but sometimes competitive relationship. Then, two years ago, after a night out, a disagreement about the best route home escalated, followed by another spat a week later. When they met in person a few days later to talk, Roberts said the friend declared, “I don’t want to do this any more.”

“She was obviously very hurt by something I’d done, by some element of our relationship. Instead of being able to convey that, all she had was anger,” Roberts said. “It made me reflect on a tendency that I find in a lot of women: It’s so much easier for them to express anger than it is to be vulnerable. They want to be strong.”

Roberts is frustrated that the experience left her little opportunity for self-improvement since she still has no real sense of what brought about the dissolution. But it did force her to rethink how she hopes to interact with friends in the future should things ever go south: with honesty. 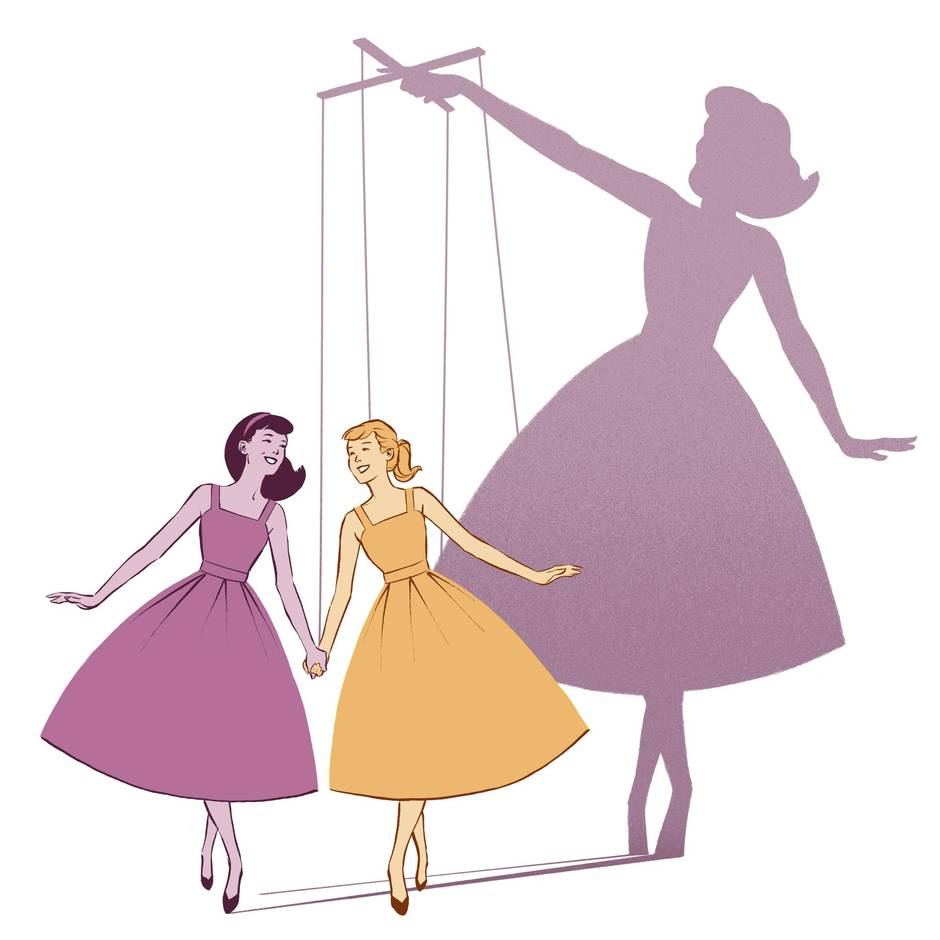 There isn’t a template for friend breakups the way there is with romantic splits. Most of us still put substantially more effort into our romances than we do into our friendships, which we expect to magically hum along. It often seems harder, riskier and more out-of-line, somehow, to confront a friend and ask her to work on something than it does to voice expectations with a spouse. That doesn’t mean women don’t hold high standards for their friends.

“Everybody is less forgiving of women,” said Hojjat, a psychology professor at the University of Massachusetts Dartmouth. “Women have much higher expectations of each other in friendship. They are more critical of each other and they penalize each other more.”

Teenage girls are far more likely than boys to block their former friends and delete their photos together on social media, according to a 2015 study from the Pew Research Center, a Washington, D.C.-based research organization.

Hojjat says the stakes are so high in female friend breakups because women disclose so much to each other: “The closer you are to someone, the more it hurts.”

Psychologists are now looking at how we behave with our friends over a lifetime. A recent European study of college freshmen found that even though socially alluring narcissists were able to make friends quickly, the sheen wore off. Narcissists had trouble keeping friends – unlike quieter people with “emotional intelligence.”

Loren Abell, a British lecturer in psychology at Nottingham Trent University, recently helmed two studies on women’s friendships and Machiavellianism. Often seen as a male trait, Machiavellianism tends to involve bad experiences with attachment in childhood, said Abell. These people feel vulnerable and can grow emotionally detached, distrustful and manipulative in adulthood. Abell’s studies of more than 400 women age 18 to 69, published in the journal Personality and Individual Differences, found that Machiavellian women make the worst girlfriends: they confessed that they had embarrassed their besties, made them feel guilty by sulking and consciously undermined their confidence in the past.

“We go into friendships and relationships for the support and the emotional closeness,” said Abell. “But for women who are higher in Machiavellianism, relationships are basically: ‘What can I get out of it for me?’”

Abell discovered that some women actually take pleasure in their friends’ misfortunes – they don’t deserve friends, really – and yet managed to maintain long friendships, with the average union spanning a decade.

Why do people put up with it? Because they have shared history, or they fear conflict.

“A lot of the women reported that they just got used to it: It became routine,” said Abell. “Or they would defend the friend and say, ‘It’s just who they are.’”

Abell hopes her research will help women reflect on their friendships. “We don’t want women to sit back and take it,” she said. “It’s emotionally damaging to be in a relationship like that. If a friend is making you feel embarrassed or guilty or playing on your feelings, you might have a think on that.”

Having grown tired of thoughtless and ungrateful behaviour, Toronto image consultant Vanessa Dawe cut ties with a friend last year. “We would get together for four hours,” said Dawe, 36. “Three hours of it would be her complaining about her job, her agent, her health, her family, her landlord. Three hours would go by and she’d say, ‘Oh my god! How are you?’ Then I would give my CliffsNotes version.”

The nail in the coffin, said Dawe, was an elaborate party she threw at her friend’s request. With just hours to spare (and after Dawe had run around shopping for $300 worth of food, booze and supplies) her friend phoned to cancel because she was “tired,” Dawe said. “I was in the middle of making meatloaf,” she recalled. “I washed my hands and picked up the phone again and said, ‘You’ve got to be kidding me.’”

Dawe let her feelings cool down and “broke up” with the friend via Facebook messenger a week later. She waited for a response but none ever came.

My own long-lost friend reconnected with me in 2008 with some help from the Internet. The friendship was again brief as we got pulled into our own orbits of careers and boyfriends – low drama, all around. For many former friends, though, there is painfully little chance for closure. They can haunt us in the city, the way some exes can.

In the end, we often take the loyalty of our friends for granted – hen