They meet Wednesday mornings at The Crab, a hulking metal sculptured fountain near Vancouver's English Bay. One by one, they say the name of a loved one and the date that a parent, spouse, sibling or child passed away. Tears are shed, tissues clutched. Then, side by side, they walk.

The Vancouver Hospice Society's walking group for the bereaved encourages mourners to acknowledge the pain of loss even if they feel pressured to get on with their lives. Therapists are absent from the gathering, so are handouts about the stages of grief.

Instead, as the North Shore mountains unfold, a dozen or so walkers share memories of a child's last week in the hospital or the first cold day without a husband who made it his job to scrape the frost off his wife's car. Some walk in silence, too choked up to speak. But step by step, they too move forward.

Sharon Harowitz, co-ordinator for the program since it started in 2005, says the group's several trained volunteers are there simply to listen and to offer support during the hour-long stroll. "We're not counsellors," she says. "We don't try to fix anything."

Unfamiliar to many academics who study grief, walking groups for the bereaved have been formed in recent years in cities including Winnipeg, Hamilton, Edmonton and Waterloo, Ont. Some are modelled after one of the first Canadian groups, organized by the Victoria Hospice Society in 1986 after a woman in the community suggested there must be a better way to reach out to others than sitting around in a circle talking about loss.

The Victoria walking group is a nine-week program that starts three times a year and draws people in their 20s to 80s. Now in its 75th incarnation, it's "hugely popular," says Marg Cooke, bereavement co-ordinator for the society.

Although there are no studies on bereavement walking groups, the approach is likely to promote healing, says Mel Borins, a grief educator and associate professor in the department of family and community medicine at the University of Toronto. Grieving people have a tendency to withdraw from others and become depressed, he writes in an e-mail. Exercise is known to lift depression, he says, and "any activity that brings mourners together is helpful."

But Ms. Cooke mentions that some people drop out of the groups because the walks are too slow. "We often have to clarify for people that it's not an exercise group - that's not the purpose."

The outdoor program is a good fit for "instrumental grievers" - people who are more likely to deal with loss through action and reflection rather than emotional disclosure, Ms. Cooke says. Historically, these "doers" have been chastised for not being in touch with their feelings, she says, "but they just grieve differently."

In Victoria, participants "graduate" after nine weeks but are encouraged to keep walking together as a routine. It's common for walkers to become close friends, Ms. Cooke says. Some even meet a life partner in the group, although "it's certainly not one of our goals."

Kymn Goodman says she joined the Vancouver walking program because she didn't want to be "put on the spot" in a therapy group.

She found out about the walks in 2009 from a poster in the palliative care unit where her husband Barry was dying of cancer. Having lost her first husband, also to cancer, she was all too aware of the pain and stress to come.

"I liked the idea of being physical, of something getting me out of the house - and not just to sit in someone's office," she says.

Talking about her husband's death got easier as the months went by, says Ms. Goodman, who eventually started a writing circle with fellow mourners. But at times, she says, the group was the only thing that got her out of bed. "When you know that people are meeting you there, you show up and you walk."

Carl Stymiest joined the Vancouver group five years ago, after his partner Ken died of AIDS. The chance to walk through grief was "a godsend," he says.

Mr. Stymiest became so committed to the group that two years later, he took 24 hours of training to become a hospice volunteer. The hardest people to comfort are those who have lost children or a relative to suicide, he says, but "it's truly a privilege to be able to walk with these people on a weekly basis, knowing what they are going through."

Ms. Goodman says she left the Vancouver group after about a year because the gathering was during working hours. But she remembers feeling the benefits of fresh air and companionship as the group headed for coffee and muffins after the seaside stroll.

"Everybody just seemed a little bit lighter at the end." 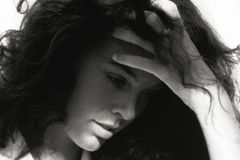 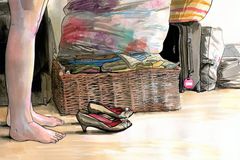