Can a slew of dirty socks derail a marriage?

The new book How Can I Be Your Lover When I'm Too Busy Being Your Mother? tracks how a familial dynamic called the "mother syndrome" is laying waste to marriages: As many wives and girlfriends who work full-time jobs find themselves tasked with running the household (and his wash cycle), intimacy is the obvious casualty. No one, not even women, likes a nag.

While Toronto therapist Sara Dimerman and her (male) co-author J.M. Kearns acknowledge that men are doing far more housework and child care than fathers did in the sixties, they argue true parity has yet to be achieved on the domestic front.

Heady courtship rituals can't prepare a couple for the "insidious new environment" of the shared home. "What makes many couples sitting ducks, is that they simply don't believe that the division of housework could matter that much," the authors write.

Post-shack up, the issue goes beyond sloth-like husbands: The book describes "gatekeeping" and "house-proud" wives who redo their husbands' chores, chastising all the way. The authors call on both genders to defy obsolete societal values, urging men to step up and women to step off.

Here, the authors decode the fiercest bones of contention.

The women who come to Ms. Dimerman's therapy practice often accuse their spouses of "tunnel vision," a deft ability to dodge a mess. One client of Ms. Dimerman's posited this scenario: "I think if there was a dead dog on the couch and my husband wanted to watch the football game, he would move the mouldering mastiff to one end and sit down at the other."

The authors question whether obliviousness and loafing might just be different priorities: "[Men] are perfectly capable of seeing what is in front of them, but they don't always think it's a problem," they write. "They see things in terms of their immediate goal at that moment. Anything that doesn't interfere with that is invisible," Mr. Kearns says.

The definition of 'leisure time'

Some women, they say, just "can't stop doing" – they spend their off-time organizing closets and drawers, and then take issue with their husbands' notions of R&R, like lounging on the couch.

"What we found in sociologists' research is that men make a sharper distinction between work and play. In men's eyes, women are always working. Their idea of relaxing is to do a different kind of work," says Mr. Kearns, noting that neither type of leisure should be judged as superior.

Ms. Dimerman's female clients complain about bratty, teenage-like husbands who respond to pleas by shirking or bungling their chores. Men, in turn, say that "nagging feels like an indictment disguised as a request." They loathe being told what to do, particularly if they're on the cusp of doing it. "If she becomes his boss, which is the bottom line here, in the domestic realm, that sets the tone for the whole relationship," Mr. Kearns explains.

Ms. Dimerman suggests sitting back: "By waiting a few minutes, you often don't need to nag because he's going to do it anyway." If he doesn't, let the chores slide so he can see the mess for himself.

The book also includes a detailed questionnaire for delineating chores; the authors suggest couples discuss their progress two weeks later, with no nagging in the interim.

The paradox of gatekeeping

Some women will actually sabotage a partner's attempts by "fixing" his chores, setting perfectionist standards and accusing him of incompetence. Sociologists call it "gatekeeping" – women who demand domestic help while trying to domineer every aspect of the household.

"It's crucially important for a woman to figure out what she's willing to relinquish control over, and what she's not," Ms. Dimerman says.

Men see gatekeeping wives as "obsessive-compulsive control freaks," the authors say. Privately, though, men hate getting things wrong and will adhere to a "backing-off instinct" when bashed for messing up the laundry. The authors urge women to show spouses, without preaching, how they want their delicates washed: "Treat it more as an amusing, somewhat exotic tour of another mind (yours). And get him to give you a tour of his," they write.

This is the area where many women gatekeep the most: "Wives have … trouble letting go of their influence – the sweet prestige of being the one the kids turn to instinctively," the authors write.

Much of it is about disparate parenting styles: "Women will say men are not protective enough with the children," Ms. Dimerman says. "Dads will say women are smothering, that they don't give the children enough room to breathe or become independent."

The authors insist giving men more responsibility is key: "To make your husband more of a father involves giving up power."

Women lose respect and desire for partners they are mothering: "You've been mommyfied. The mother-child template presses the wrong buttons," the authors write.

For men, sex denied is a reproach, but when it's offered solely after a domestically productive day, it feels like charity, or a "treat."

In this case, it's up to the man to link his domestic lassitude to his sorry sex life, says Mr. Kearns, pointing to reams of research that suggest loading the dishwasher can turn her crank: "The guy doesn't realize that doing his fair share is actually going to have an effect on intimacy and all the emotional stuff he thinks is a separate department." 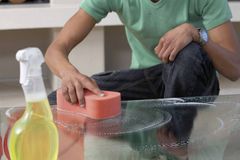 Facts & Arguments
Worrying about household chores can be tough on the ticker
January 16, 2011 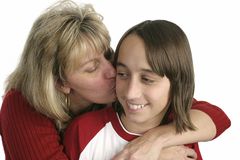