Relationship status: Married since May.

Anthony: A couple of years ago I was living in Brooklyn and seeking some guidance on my role in a ceremonial Indigenous community. I joined a Facebook group on the subject of two-spiritedness, which is a way for Indigenous people to identify themselves as GLBTQ. Someone posted an article from Out magazine and James was the centrefold.

He was also the only person in the article who used his actual name, so I reached out. It was completely from the perspective of wanting to talk to someone who could answer my questions about culture and gender and identity. James is so accomplished and good-looking, I assumed he was in a relationship.

James: So he says. I was in Australia doing a book launch because I had written a chapter in a book about Indigenous physicians. After I got Anthony's message I googled him a little bit and thought, "Wow, he's really cute. Wow, he went to Harvard." From there we agreed to "meet" on FaceTime. I was on the beach. We talked for three hours until my phone died.

The couple that trains together

James: I have been doing marathons since 2004. I'd always dreamed that the person I would end up with would enjoy running.

Anthony: I'm a natural couch potato, so there was definitely some resistance early on. In January we started training for the Vancouver Marathon. It was getting dark at 4:30, so we would end up running under the stars.

James: We would always end up having these really great talks.

Anthony: When we decided to get married, James was okay with going to City Hall, but I wanted to do something more significant. At one point we thought about eloping to Vegas, but our families would have killed us. And then one night James said, what if we got married at the marathon? I contacted the organizers the next day.

James: On the day of the marathon they put us right up front with all of the elite runners. Everyone was cheering. We had no idea how many people had heard about our story until then.

Anthony: When we got to the beach where the ceremony took place, our sisters were both there to help us put on our jackets and some ceremonial jewellery. And to fix our hair and make sure we weren't sweating all over the place.

James: There were so many moving parts, with our family and friends in from out of town, the tepee that had to be set up that morning, and just the fact that this was Anthony's first marathon. I still can't believe everything came together so perfectly.

Anthony: The moment that sticks out most for me is when we arrived at the 14-km marker. In Cree culture, 14 is a significant number and when we got there there were literally 14 eagles flying around in the sky.

We sold everything, bought a motorhome and hit the open road with our three-year-old
December 12, 2017 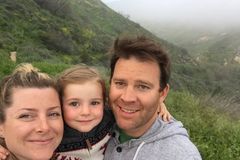 He's a sommelier. She doesn't drink. The tricks to this pairing
November 28, 2017 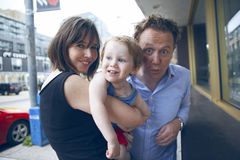 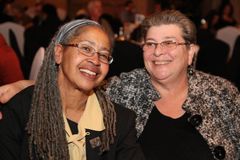