A bride or groom getting cold feet before the wedding is often dismissed as a natural reaction – something that everyone goes through before declaring "I do."

However, new research suggests brides and grooms-to-be should take heed of their pre-wedding jitters.

Two separate studies show premarital attitudes have long-lasting consequences. Having cold feet can foreshadow an unhappy marriage, while having confidence in a relationship can predict wedded bliss years later.

"The take-home message is don't ignore those doubts," says Matthew Johnson, assistant professor of human ecology at the University of Alberta.

Johnson and his fellow researcher Jared Anderson of Kansas State University conducted a study, to be published in the journal Family Process, that examined the relationships of 610 recently married heterosexual couples.

The researchers found that those who were certain of their decision to tie the knot were more likely to spend time with their partners a year and a half into their marriage, doing things like going out for dinners or simply hanging out together. These couples were also more likely to be satisfied with their relationships after three years of marriage.

"The couples that are more confident in their decision to get married are likely to invest more in their relationships," Johnson says. "And a very pragmatic and key way you do that is through the amount of time that you spend with one another."

Johnson and Anderson's findings complement a recent study by researchers at the University of California, Los Angeles, which examined how marriage turns out for those who have premarital doubts.

The study showed that of more than 230 newlywed couples, 47 per cent of husbands and 38 per cent of wives admitted they had been uncertain about tying the knot. It also found that women who experienced pre-marriage jitters were two-and-a-half times more likely to divorce four years later than women who were confident about getting married.

(Divorce rates were also higher among men who had doubts, but the difference was not enough for researchers to consider husbands' premarital concerns to be a significant predictor. The researchers suggested women's doubts could be a stronger sign of trouble ahead because "women's greater attunement toward relationship problems … would render their doubts more diagnostic.")

Among those who stayed together, couples who had doubts were less satisfied with their marriages.

If people's pre-wedding instincts tend to be correct, why do so many ignore their concerns and get married anyway?

Johnson suggests part of the reason is that people tend to get swept up in the momentum of their relationships. "Once they kind of get moving in a direction, it's difficult to change," he says. "In the process of planning a wedding … it's very difficult to change that course, especially when your family and your partner's family is involved."

People may also brush aside their concerns because they feel societal or peer pressure to take the plunge, especially if all their friends are getting married, says Joan Marsman, a Toronto couple and sex therapist.

"There is this myth out there that once we're married, it will all be fine. … There's this idea that that will be a magical solution."

Friends and family members will often dismiss a bride or groom's concerns, she says, in an attempt to reassure them. If the wedding goes ahead, "They don't want you to be mad at them later."

But just because you have cold feet doesn't necessarily mean your relationship is doomed, says Allison Moir-Smith, a Massachusetts counsellor who specializes in working with anxious brides.

The doubts that people feel could be tied to concerns about letting go of a single-life identity, worries about growing up, or a whole host of anxieties involved in making such a life-changing move.

"People label everything as cold feet," Moir-Smith says. "Yes, it might be about the relationship, but yes, it's also about you making this life change. … It's hard to tease out which is which."

Unpacking those doubts helped Moir-Smith deal with her own case of cold feet before getting married in 2002 (and prompted her to focus her practice on counselling other brides).

Instead of feeling joy about being engaged at 34, she felt anxious and overwhelmed. "I was a wreck," Moir-Smith says. She eventually realized "my personal emotional journey had nothing to do with my fiancé and everything to do with growing up, leaving my family, becoming an adult.

"I think it's the mythology of engagement, of being only a happy time of life, when in fact it's a time of enormous transition," she says.

"You have to put on this face and this front of being only happy … because if you show any cracks in that, people will then question your relationship."

Once individuals identify and address the root causes of their anxieties, some may find marriage isn't right for them after all. Moir-Smith says she has had clients call off their weddings after realizing they can't remedy their fears. But others become much more confident about walking down the aisle once they've faced those fears.

That's what happened to Moir-Smith. She and her husband celebrated their 10th wedding anniversary this year.

"Ten years, two kids," she says with a laugh. "Lived to tell the tale."

U.S. bridal counsellor Allison Moir-Smith suggests asking yourself the following questions to better understand the source of your cold feet: 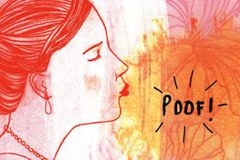 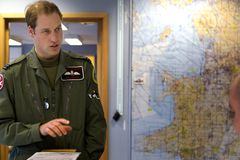 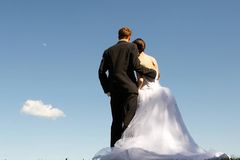