Big business knew the shove was coming. Germany's vote last week to legislate gender quotas for corporate boards came after more than a decade of waiting for companies to voluntarily promote more women into top positions. The share of women on German company boards was still only 18 per cent, well behind neighbouring nations, such as Norway, Finland and France, which had passed quota laws. One study found that, in some sectors, the number of female executives had actually fallen.

Now blue-chip companies – global leaders such as Mercedes and Siemens – will have until next year to meet the quota, which will require women to make up 30 per cent of board members. Public boards like those that oversee hospitals and charities will need to be 50 per cent female by 2018.

Companies that don't meet the quota will have to fill vacancies with women, or leave those seats empty. The German Justice Minister Heiko Maas, who helped shepherd the law, called it "the greatest contribution to gender equality since women got the vote" in 1918.

This was perhaps laying it on a little thick. But mandatory quotas have become a country's way of saying enough is enough. Across Europe, the friendly nudge hasn't worked.  This should be a cautionary tale for Canadian businesses, who, as of this year, will be similarly prodded. In what's known as a "comply or explain" approach, provincial security regulators will require businesses to disclose diversity statistics in the hopes of encouraging them to voluntarily promote more women into top positions.

Maybe this will be enough. So far though, Canada's record is lousy. About 88 per cent of board seats are filled by men, a statistic that puts us behind the United States. The pattern so far suggests that it takes a legislative bulldozer to bust down the boardroom door.

Given that the disclosure requirements are new, companies should be given some leeway, says Aaron Dhir, an associate law professor at York University, and the author of Challenging Boardroom Homogeneity; Corporate Law, Governance and Diversity. But if voluntary measures don't work, he says, "we need to seriously consider quotas."

How long should we wait? Canada's debate is indeed "younger" than Norway's, but getting old fast. There is cause for impatience: women have made up the majority of university graduates here, as in most western countries, for years now, but still only fill a sliver of executive posts.

In North America, a recent argument against corporate quotas is that they don't helped rank-and-file women. In January, a study reported that the law in Norway had not closed the gender-wage gap or increased the number of women in top positions. The data, however, only went as far as 2010, just two years after the law became mandatory. Shame on those newbie board members for not pulling off sweeping change in 24 months.

Another criticism of quotas is that women might be seen to be getting an undeserved ride up the ladder. "It's critical that those appointments are made in a way that clearly recognizes the merits and talents of each individual – ensuring that quota-like systems are not cynically used to tarnish or cheapen such accomplishments," says John Montalbano, CEO of RBC Global Asset Management. Fear not: The Norwegian study found that the women promoted were highly qualified (and the percentage of women on boards there has since reached 40 per cent).

Putting more women on corporate boards won't make daycare affordable, or vanish the Mommy penalty, or wipe away generations of unconscious bias. That's an unreasonable expectation, just like assuming more female executives should automatically increase profit. Why should women have to be even better than their male peers at the table?

But mandatory quotas have some clear advantages. They have been very effective, in business and politics, in quickly increasing the presence of women, and it doesn't take long for board diversity to become accepted practice. A 2011 paper published in the American Economic review looked at U.S. corporations more than 10 years back and found that having more women on a company's board led to an increase in female executives the following year.

Dhir says some Norwegian executives he interviewed who had objected to the quota now supported it, noting how boardroom discussion had been elevated by breaking up the status quo. Since women had "critical mass," as opposed to being a token minority promoted for appearances, they reported being free to challenge decisions, and direct debate.

Louise Davidson-Schmich, a gender studies professor at the University of Miami, has been studying the issue for her upcoming book, A Glass Half Full: Gender Quotas and Political Recruitment. She found that in Germany, quotas led parties to develop effective mentoring and training programs for new candidates, creating a supply of talented female politicians – including the country's powerhouse chancellor, Angela Merkel. Presumably, profit-oriented companies required to promote women would also endeavour to find and develop their hidden talent.

The reason quotas are needed in the first place is that majority groups are self-perpetuating. In a 2012 survey of 1,000 board members from 58 countries, men tended to explain the gender imbalance as a lack of female candidates, while women blamed it on the fact that candidates were groomed from traditional male networks.

Rainbow Murray, a researcher at Queen Mary University of London, recently argued that the answer might be quotas which limit male representation (rather than focusing on squeezing in women). "The competence of men as a category is not questioned," wrote Murray in the American Political Science Review. Limiting their presence "shifts onto men the onus to prove their worth, and justify their coveted place."

For her part, Davidson-Schmich doubts a "comply and explain" approach will balance the seats at the table anytime soon. "This problem is not going to solve itself," she says. That's why so many European countries have stopped nudging progress along, and shoved it forward instead. 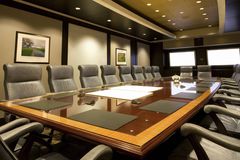