One comes packaged in an egg carton doodled by artist Keith Haring; another could be mistaken for an IKEA bauble; a third resembles a remote control for a gaming system. All are sex toys designed for men, and Canadian retailers are seeing brisk sales of all three. A far cry from "Bianca," the trashy, pneumatic sex doll popularized in the film Lars and the Real Girl, the new adult toys for men have evolved into sleekly designed, almost artful objects.

And Canada is seeing a dramatic spike in sales: Toronto sex shop Come as You Are now moves more than 800 items like this a month across the country, while Fleshlight, one of the early manufacturers of toys for men, reported an annual 18-per-cent surge in online sales and an annual 25-per-cent increase in wholesale figures over the past five years.

Sarah Forbes-Roberts, co-owner at Come as You Are, spoke with The Globe and Mail about the new breed of sensation toys – typically priced between $10 and $100 – and why a double standard still persists for dudes.

Why does the stigma endure for guys buying adult toys?

There's still an element of shame around male sexuality. Men didn't have the feminist revolution or authors who told them that sex is healthy. They're supposed to wake up as teenagers and figure it all out on their own. With the sexual and feminist revolution and media like Sex and the City, women talk to each other about what vibrators they buy, they come into the store shopping together. Men don't talk to their male friends about what sex toys they buy, there's not that culture in male sexuality. The irony is we have this culture that puts a lot of money into satisfying male sexuality with porn, but we're talking about commercialized images, not men exploring their own bodies in an individual way.

This is one of the only areas where a man's seeking of sexual pleasure is judged more harshly than a woman's. What's the basic perception here?

The lonely guy in the trench coat. When men come into the store, they often offer a reason for buying a sex toy: Their partner's away, they just had a divorce. But the stigma is shifting because women are also now buying sex toys for men and allowing them "private time" with themselves. At least half of what we sell are presents between heterosexual partners. We often hear from the women, "I have one. Why shouldn't he?"

How has this industry for men evolved?

It's happened dramatically in the last five years. We're selling more high-end than inexpensive, low-end products. We're now seeing people who are valuing their sexual experiences to the point that they will spend as much money on a sex toy as they would on a pair of shoes.

What exactly is the egg thing?

They use really cute packaging and pop culture references. The toys don't come off as sleazy, they are accessible. A lot of people are buying it for their partners: If they are going away on vacation, they send it with them.

Another Tenga product is the Flip Hole. It's really high-tech with very sleek design – not body parts. It kind of looks like Apple packaging. Another product is very geometric with different textures. They're quite beautiful.

Many of these new toys don't resemble the female form, let alone the human form.

We sell very few realistic-looking toys to either men or women these days. It's a sex toy and there's no fantasy of a person replacing anyone. It's something in addition to their fantasy life and to their real relationships with people.

That's definitely a part of it. The company Fleshlight was the first on the market with that – the product looks like a flashlight on the shelf.

Something for the Fan Expo geek.

There's a bit of that going on. But Fleshlight was also the first to do high-end, well-made and durable toys for men. Back in the day, a lot of sex-toy companies didn't have a lot of accountability because people wouldn't ask questions in the store. Products would eventually fall apart and disintegrate; some were made of inflatable rubber that felt not very good. Today the materials have evolved – they're much softer, more pliable and longer lasting. It's not socks and bananas. It's a little more high tech than that. 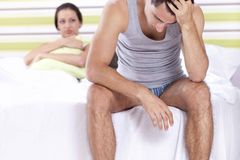 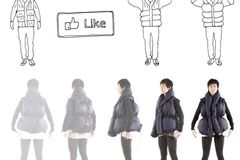