Surely there's a word for this: You are mid-sentence and suddenly the listener's eyes slide southward to her own hand or the table or her lap. Whether she glances back immediately or — and this hurts — begins pecking away at whatever device proved more important than the final part of your sentence, the moment of connection that came before has been snapped like a twig. Let's call the ensuing sensation of vague humiliation and invisibility "techerruption."

Eye contact is vanishing and even I miss it — and I'm constitutionally shy, prone to ducking people by hiding behind pillars and shrubs in a cowardly Scooby Doo fashion. It's harder to catch a gaze these days; the mass focus is inward, toward the electronically curated self. Try it: Walk with the head up, scanning faces and buildings and trees. Now look at people bustling by — how many are looking down at their phones or are caught in their cones of silence beneath headphones and sunglasses?

In conversation, non-verbal cues matter as much as words, and the most potent tool of body language is eye contact, at least in most Western cultures. Human mothers and infants require eye contact to bond; one study showed that human babies fixate on the face and eyes of their caregivers twice as long as apes do. Evolutionary scientists propose that eye contact came to be the cornerstone of communication because of the "cooperative eye hypothesis," which suggests that collaboration and cooperation are optimized when our eyes are locked. Today, life coaches and public-speaking gurus push eye contact as a business strategy, a gesture of sincerity to close the deal.

If eye contact is done properly — neither staring like a stalker, nor flitting like a butterfly — it's almost invisible. But its absence is immediately noted: the scurrying waiter in the busy restaurant; the fake-out at a crowded party: "Oh, you're here! I didn't see you!" Forbes reported a study in which a hospital analyzed its complaint letters to find that 90 per cent concerned lack of eye contact from doctors. Clearly, to feel unseen is to feel a lack of care.

And that, perhaps, is why I hate Skype. It gives the illusion of eye contact without actual eye contact. Unlike a phone call, where communication is a simple oral-aural proposition, Skype confuses all signals. It's a herky-jerky, distorted version of a real moment with someone. Software and robotic engineers know that when human replicas seem almost like actual human beings but not quite, real humans respond with revulsion. This is called "the uncanny valley" and it's where Skype lives.

In robotics, they're working on filling the valley. In her book Alone Together: Why We Expect More from Technology and Less From Each Other, MIT professor Sherry Turkle writes about the evolution of social robots ready to step in for humans, some of whom are caretakers, pets, even sex partners. Turkle describes eye contact in artificial intelligence as a key to human acceptance of robots; a patient in a nursing home might bond with a robot if she can feel connected to it at the eyes.

Last month, a small town in New Jersey became an international media sensation when it was widely reported that police were issuing $85 tickets for walking while texting. Naturally, this notion created an online maelstrom as appalled commenters decried the bylaw on freedom-to-be-an-idiot grounds. Safety was the motivator, but the potential for accidents when walking while texting seems almost less urgent than the lack of eye contact. When the gaze is broken, so is something larger — some corner of the social contract gets torn. The imperative notion that we are looking out for one another is harder to believe when we don't see each other's eyes.The socially networked self arrives tidily edited; Facebook is an exercise in selective broadcasting. I don't advocate returning to tablet and hammer but I'm not happy about how I've been changed by my own reliance on technology. Certainly I'm more distracted and only partially present when my attention is required. I suspect I'm more cautious in my real interactions too, accustomed instead to polishing a thought, transmitting and retreating. The time I spend with people has dwindled, though large parts of my day are doing something that passes for interacting. So it feels urgent to pocket the devices from time to time and raise the head.

The messiest — and, I suspect, richest and most complex — parts of the self tumble forward when eye to eye with another person. A conversation of ungroomed opinion could go anywhere; imagine the possibilities in a mutual gaze. Imagine not just seeing, but being seen.

Friendships have never been so easy - or so silent
September 29, 2011 My week of talking to every single stranger who crossed my path
June 10, 2012 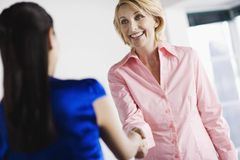 Are you neglecting your kids because of your smartphone?
May 17, 2012 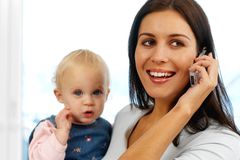