Ah, spring. It brings back exhilarating Sunday drive memories of my mother piling the dog, me, and my two brothers into the red Mini Cooper. Our car was very small. Our dog was very big. Joe, a Saint Bernard/Newfoundland mix, took up the entire back seat, with me shoved beside him, my little brother on top of him, and my older brother in the front seat. It's was hard to tell who loved those drives more, our beloved Joe, or us.

For dogs on the go with their masters, driving can be nothing short of euphoria. According to Stanley Coren, dog behaviourist and professor of psychology at the University of British Columbia, dogs have 225 million olfactory receptacles in their noses, compared with the paltry 50 million in a human snout. "If you crack the window," Prof. Coren points out, "a dog gets a kaleidoscopic view of the world through his nose, as the scents are changing all the time. We [humans]are visual animals … A dog lives through his nose."

It's no wonder Rover can't wait to hop into the car. He loves his stroll in the park but it's downright psychedelic in the car. And we love driving with dogs just as much, perhaps because we experience not just the drive, but life, through the dog's perspective. He doesn't get road rage from traffic and reckless drivers. No back-seat driving. The perfect companion, he pants and looks about while we complain. A dog is captivated by the details we miss. The human white-knuckles it through downtown traffic and the doggie sees that bird in the sky, that squirrel in the tree, smells that steak on the barbecue.

But taking your pet for a joyride presents serious safety issues. Airbag deployment is game-over for doggie. And you might be snug in a legislated seatbelt when you are rear-ended, but Spot can fly through the windshield, not to mention, causing a crash if he's bounding about the car or perched on your lap.

According to a recent article in the Huffington Post, it's speculated dogs are the culprits behind thousands of car accidents every year, although no one is keeping statistics. According to the U.S. National Highway Traffic Safety Administration, 5,474 people were killed and 448,000 injured in crashes caused by distracted drivers in 2009. It seems safe to assume dogs are doing some of the distracting.

Prof. Coren points out that dogs need to be trained to stay in the back seat. "There are stupid people, who drive with dogs on their laps," he says. "We tend to treat our dogs like babies … some people simply can't say no to their kids. They can't say no to their dogs." He says restraints designed for dogs are helpful, but for city rides a dog should be fine if it is under control.

Marla Cranston, a communications officer with the Nova Scotia Barristers' Society in Halifax, adores taking her dog Ruby, a standard Poodle, along for errands. "She loves going for a car ride," Ms. Cranston says. "She sort of looks like an old lady in the passenger seat beside me, with white curly hair." Ms. Cranston opens the window a few centimetres, but that's as close as Ruby gets to the great outdoors. "But you hear these horror stories about them getting a bee in the eye. She might leap out the window if she saw a squirrel," says Ms. Cranston, who is now investing in a back-seat restraint.

It all makes me think of those breezy drives with Joe in the 1970s. Yes, I know, we could have all died a fiery death, especially the time Joe tried to leap from the window to chase a herring gull and my mother had to slam on the brakes. But what I learned from Joe was that old cliché, it's the journey, not the destination.

Christy Ann Conlin is the author of Heave and a young-adult novel, Dead Time. 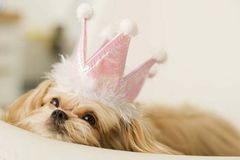 How domestication has dumbed down our dogs
September 5, 2010
Follow us on Twitter @globeandmail Opens in a new window
Report an error Editorial code of conduct
Due to technical reasons, we have temporarily removed commenting from our articles. We hope to have this fixed soon. Thank you for your patience. If you are looking to give feedback on our new site, please send it along to feedback@globeandmail.com. If you want to write a letter to the editor, please forward to letters@globeandmail.com.
Comments