What's the point of the midlife crisis? Not the actual experience, but the term. In the half-century since its coinage, "midlife crisis" has become a bloated catch-all thrown around reflexively to express our every unexamined bias, deep-seated fear and trite mockery regarding middle age. If we are going to understand our 40s in all their messy complication, we need to put the phrase behind us.

Canadian psychoanalyst Elliott Jaques meant something very specific when he christened the term "midlife crisis" in 1965. Why, he wondered, did so many male geniuses – and yes, it was only guys – experience personal catastrophe in their late 30s? Why do others respond to the anxieties of midlife with greater creative output? And why does a third group make the leap to the accomplished works that define them as artists?

He used luminaries to illustrate his point. Mozart, Chopin, Rimbaud and Purcell all died between ages 35 and 39. But Bach was little more than a tutor until the age of 38.

Related: If happiness is a U-curve, are your 40s rock bottom?

Then there was Dante, who didn't begin writing The Divine Comedy until he was 37. The answer, argued Jaques, depends on how they responded to the fears, limitations and yes, too, the possibilities of midlife. Whatever you may think of this theory, it meant something very specific. Now, half a century later, "midlife crisis" has morphed into a pop-culture stereotype. Think Kevin Spacey in American Beauty or Frank the Tank going streaking in Old School: a pathetic man who, faced with fear of death or soul-crushing monotony, tries his damnedest to recapture his youth, always to the eye-rolling frustration of his wife.

On one hand, that familiar stereotype reduces the midlife crisis to a tiny set of behaviours exhibited by a tiny subset of society. On the other, the term is remarkably flexible.

For proof, look no further than the dozens (hundreds, thousands) of "Are you having a midlife crisis?" quizzes online. In 2013, the Mirror, a British newspaper, listed some of the "symptoms," including "Taking up a new hobby," "Suddenly wanting to learn a musical instrument," "Worrying over your thinning hair" and "Buying a very expensive bicycle."

Learning to play piano is laudable, not a crisis. Buying a shiny new bike hardly puts you among the existentially desperate. We bend the phrase to include almost anything, rendering it basically meaningless.

One reason that "midlife crisis" has become the ultimate dumping ground for any change in behaviour, however slight, between 40 and 60 is because it's all we've got. "People have really only heard one term for psychological development and change in midlife, and the term is midlife crisis," says Elaine Wethington, a sociologist at Cornell University in New York state.

In 2000, Wethington conducted a phone survey of 724 people between the ages of 28 and 78. More than a quarter said they had experienced a midlife crisis, a term they were free to define for themselves. The average age of crisis was 46. Some said their crisis was because they realized time was slipping away from them. Others blamed it on a divorce. Others said it was prompted by losing a job.

"Most boiled down to 'something happened that made me re-evalute my life,' " Wethington says. "That's a pretty minimal definition." She considers herself in the camp of sociologists who believe the midlife crisis is a myth.

Ioanna Sahas Martin's self-defined midlife crisis began shortly after she turned 40. She was promoted to a management position and was on the road for work five or six times a year. Meanwhile, she and her husband were raising three children between the ages of 5 and 9. Every day, her thoughts weighed on her.

She worried she wasn't a good enough mother because she wasn't doing "all the things that are on Pinterest." She feared that in devoting herself to her career and her family she had never taken the time to discover who she is as an individual. Then her mother was diagnosed with cancer. The disease took her quickly.

"It was a definite, very precise crisis moment that had been preceded by two or three years of increasing busyness, increasing stress and increasing pressure," says Martin, who is 46 and lives in Ottawa. She became depressed, then took what turned out to be an 18-month leave of absence from work, during which she rediscovered her love of creative writing and organized a trip overseas with old friends.

It was a crucial period of reckoning, she says. "I realized that something was going to give, and it was either going to be me, my marriage or my health," she says. Today, she's developed an important, but fragile, work-life balance. What's distinctive about a midlife crisis as opposed to any other crisis, she says, is that there is an "underlying element of existential questioning" that accompanies it.

"Is it helpful?" she says of the term. "To the extent that labelling something helps us to understand it more clearly, whether for ourselves or in feeling compassion towards others, and to the extent that it normalizes an experience and helps you realize that you're not weird or alone in feeling the way you do, yes I think so."

Social scientists still aren't sold. "I have been looking and looking for many years, and there is, I can honestly say, no proof for the universality of a midlife crisis," says Susan Krauss Whitbourne, a psychology professor at the University of Massachusetts Amherst. "It's just become one of those things that people talk about without any critical evaluation."

Of course, people in their 40s lose jobs and get divorced and have affairs and panic that time is running out. Social psychologists aren't denying any of that. What they object to is the idea that there is anything unique or definitive about these crises.

"People do have crises in the middle of their lives. But that doesn't mean there is a midlife crisis that is a normative crisis that most people, or even many people, experience," says Alexandra Freund, a developmental psychologist at the University of Zurich. "There is no evidence in the literature that more people experience a crisis in midlife than at any other point in time."

In other words, a crisis during midlife is not proof of midlife crisis. That may work for researchers, but for the rest of North America, "midlife crisis" has far too much deeply ingrained cultural resonance to abandon. Its force pulls us – but I tend to agree that that force tends to limit our thinking and narrows the aperture of our vision.

Evaluation and discernment are impossible when only one term is meant to describe every change in a life over the course of a roughly 20-year period – especially one with built-in negativity. "Crisis" implies a judgment that might often be unfounded.

Midlife is definitely tumultuous in every way: in our relationships, our careers, our bodies and selves. If we are to begin to make sense of it, what we need most is a set of fresh eyes, not one clouded by stale clichés.

I think I agree with the sociologists – it's time to drop the "midlife crisis."

If you want to share stories of your own 40s, please get in touch. Dave McGinn can be reached at dmcginn@globeandmail.com, or share your thoughts online using the hashtag #globehalftime. 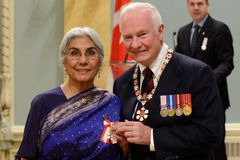 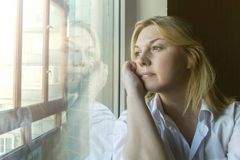