Before we discuss why it is men can't and shouldn't stop looking at women in the street, I'd like to explain about the girl in the miniskirt on the bicycle.

It was the first of the warm spring days that inflated Toronto this week. I was on my way to work on my bicycle. Two blocks from my house, I turned right and found myself 10 feet behind a young woman.

I use the word "behind" hesitantly.

She might have been 20. I am 58. She had long blond hair, and was wearing a short putty-coloured jacket, nude hose – I didn't think anyone wore nude hose any more – and a white miniskirt, trim but straining, tucked primly beneath her.

My first sight of her felt like a light blow to the chest. Her body held my interest, but so did her decision to wear a miniskirt on a bike, along with her youth, her loveliness, even the fleetingness of the six blocks I kept her company – she turned right, and she was gone. We owed each other nothing.

The inevitable backwash of guilt arrived, as all men know it does. I have a daughter her age. I am married but spent several minutes gazing at a pretty girl's backside. I could hear the charges: objectifier, perv, pig, man.

But it was such a beautiful day. And so I decided to spend the rest of it cruising the city, investigating the famous male gaze, to find out just how ashamed we lads ought to feel. These days, with women charging so fast past us, we're happy to feel anything.

Details that catch my attention: lively calves, French blue puff skirts with white polka dots, red shoes, dark skin, olive skin, pale skin, lips (various shapes), curly hair (to my surprise). A pretty girl with too much bottom squeezed into her yoga pants – and, mysteriously, twice as sexy for the effort. A slim blond in enormous sunglasses carrying a banana peel as if it were a memo. An expensively dressed and tanned woman climbs out of a taxi, so vivacious I panic and can't look at her. Slim girls, curvy girls; signs of health, hints of quiet style. Coloured headbands. A rollerblader in white short shorts does nothing for me: Her look is the sexual equivalent of shopping at Wal-Mart.

But each woman makes you think, parse her appeal. The busty brunette in her 20s is wearing a rich emerald-green ruffled blouse, but it's sleeveless and obviously not warm enough to wear outside. Is she a bad planner? Would she be a sloppy mate?

I ask a woman sitting in an outdoor café if she minds being looked at by men. Her name is Ali – a 26-year-old student with an Italian boyfriend who looks at everyone. That used to bother her but doesn't any more. "Just looking, I don't think it's offensive. But I think it's offensive if there's comments."

Every woman I speak to says the same thing, without exception. So why does girl-watching have such a terrible reputation? Maybe because it's an act of rebellion.

X meets me for lunch at Ki, a downtown sushi restaurant frequented by brokers and lawyers. A big-time lawyer married to the same woman for three decades, he's father to three children – the opposite of a player. But he, too, spends hours gazing at women. He claims he spots at least two stunners a day. We've been discussing the girl on the bicycle.

"I don't get this complaint that you can't look at an attractive woman who's the same age as your 20-year-old daughter," X says.

I'm having a hard time concentrating: Ki's waitresses are brain-stopping. Cleavage seems to be the prix fixe. One of them catches me looking at her, and then catches me looking sheepishly away, my store of hope fading the way a car battery dies. But a little bit of shame is good: you can't take your gandering for granted.

"It's because you could be her father," I finally manage to say.

He pauses. "I read that 26 is the peak of a woman's sexual attractiveness. I've got a daughter who's 26 – so I can't find someone that age attractive? That strikes me as a creepy argument. Women might not credit that a man can look at someone of that age without lust, but as the father of someone that age, I can."

"That's still seems unfair to the less attractive," I point out.

"And it bites women a lot harder than it bites men. I'm conscious of it being unfair. But there's nothing I can do about it."

"We could stop looking."

"Would that help anything?"

"That's not an answer. Could you stop looking?"

"You'd have to pretty much turn out the lights."

The trick is to look and keep what you see to yourself.

There are people sunning themselves all over downtown Toronto, glades of flesh and sunglasses. Ninety per cent of them are women. It's not as if they're hiding.

On the co-ed-strewn quad of Victoria College at the University of Toronto, I run into K, a businesswoman I know. She's here studying for a night course. She just turned 50, and is still attractive. But she admits looks from men are rarer. "Leering hasn't happened in years," she adds wistfully. Visiting Italy 20 years ago with friends, "we were furious that the Italian men pinched your bum. When we went back, in our early 40s, we were furious that no one was pinching our bums." This makes me as sad as it seems to make her.

She points out there is a difference between a look and a leer and disagrees with X's rule that eye contact with a passing woman can last no more than one second.

"Well, I'd say two or three seconds. A lingering look, especially if it's from an Adonis –that's, oooh. And you never see them again. A passing encounter. Or a bus encounter, glances and sidelong looks until one of you gets off the bus? That's the best."

The first time she stepped out of the library this morning into the quad of semi-clad women, "I thought to myself, oh my god, do you remember what it was like to be able to expose your legs? It wasn't even sexual. But it was liberating."

This is another thing that made the girl on the bike so appealing: she was free. It would be nice if we all were. Y, a 35-year-old married friend who still flicks his gaze at passing women the way other people flip channels, blames our national earnestness. "The problem for us as men is that we're in the wrong culture, and we're men at the wrong time. We're not a culture that empowers men with casual sensuality."

He holds up his BlackBerry. "I don't see what's wrong with it. In a world where, thanks to this thing, I am only two clicks away from double penetration and other forms of pornographic nastiness, the act of merely looking at a girl who is naturally pretty – I mean, we should celebrate that."

It's nearly dinnertime when I make my last stop at L'Espresso, an Italian café near my house. Even here, on a quiet patio at the end of the day, I can see five women I want to look at. It's almost, but not quite, exhausting.

Then I notice W and Z at the patio's corner table – the best view in the place. Both men are in their early 60s, both married. They're surprisingly keen to discuss the male gaze.

"Yes, I look at girls still, incessantly and unavoidably," says W, the taller of the two. He still has a full mane of tossed-back hair. "And it's one of my greatest pleasures in life."

"I concur," Z says. Z is shorter, less ephemeral. "But I look and gaze at all women in the street, whether they're beauties or not. They're all interesting. And different men gaze at different women."

"And what goes through your mind when you look at them?" I ask. "Do you think, would I sleep with her, and what does that say about me?"

"Yes, there is a question," Z says, "but for me the question as I look at them is a little more modest: Would they sleep with me?"

"Beautiful women are like flowers," W interjects. "They turn to the sun. But if they don't receive a certain amount of attention, they wither." The simile has an 18th-century feel, like the conversation: It's about manners, after all, which are always most complicated in times of equality.

"I concur again," Z says. "The most attractive women expect an attentive gaze that doesn't imply anything other than someone saying, 'You're attractive enough to gaze at.' And the most rewarding thing is if that gaze is returned."

"What does a returned glance imply?" I ask.

"It implies, as they say in the New York State lottery: You never know."

I'm about to leave when Z tosses me a last thought. "Some women assume the male gaze is sinful and hurtful and evil, that men can never look at women in a different way. But that's not what the gaze is about. Because a sophisticated man would not hesitate to gaze, and then he might be filled with regret and loss, and therefore gain self-knowledge."

Longing makes us sad, but at least it proves we're still alive. Which is why men like spring so much, for the short time it lasts.

Ian Brown is a Globe and Mail feature writer.

In the lovelorn realm of The Bachelor, the chat-room typist is a philosopher-king
February 24, 2012 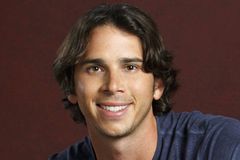 Through a glass, smartly: Beer today, but not gone tomorrow
February 3, 2012 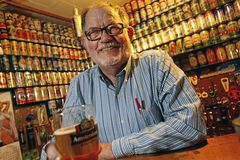