I cry every day, or almost. Not because I'm sad (I'm not) or because I need attention (I do, but not like that) or because I need to assemble and reassemble my feelings in the kind of interlude that a really good cry provides. Most of the time, I am crying because of some small daily thing that happened, often something nice.

Occasionally, a friend (usually a guy) will e-mail or text to ask if I'm "okay" because I've posted something on Twitter about crying. This is always confusing to me, because of course I'm okay. I'm great. Most of the time, I stop and start within a minute. I come out of it with a feeling like I've been absorbed by and into the world.

I recently saw a Twitter post about an Elle article by writer Marisa Meltzer, who says she can't cry. After noting that women cry two to ten times more than men do, Meltzer observed that crying is having "a bit of a feminist moment," and that the atmosphere of shame around crying might be changing. "Crying a lot is like my SOURCE of power and happiness and achievement, duh," I tweeted back, adding, for emphasis, a tear-shaped diamond emoji.

Crying is confrontational, says Dr. Robert R. Provine, a neuroscientist, professor of psychology at the University of Maryland, Baltimore County and the author of Curious Behavior: Yawning, Laughing, Hiccupping, and Beyond. He says that someone else's crying "is appealing to you to provide caregiving, and at least sympathy," which can be emotionally tiring, if not exhausting. "Dealing with crying people can be 'expensive' in the sense that they have needs that you'll be expected to meet," says Provine.

I do think crying is inappropriate at work. It's inefficient (not unlike talking endlessly about a home reno) and involves people outside of your emotional sphere. "Feelings" are inexorable from our professional selves, but expressing them should involve some sense of reverence. Yelling is inappropriate, too, but happens all the time (and is often accepted as impassioned behaviour). Same with passive-aggression, which is wildly emotional and so often done by the same people who find others' tears embarrassing.

Provine says he's not aware of anything "bad" happening if tears are repressed, and the common idea of crying making a person feel better is "complicated." "Some people may report it feeling good, but the evidence about that is unclear," says Provine.

I don't know that I feel better when I cry, but I cry when I feel good. I cry when I'm with a couple of good friends, in high-speed conversation, with the friendship so perfectly realized, our conversations so fulfilling. I cried when I listened to an interview with an actor I like, who became successful late in life, because I'm proud of him. Dogs, kids, movies, art, music, feeling grateful, excited, whatever.

Being sensitive is considered a liability, even more so for men, who are socialized to only cry when high emotionality is part of their masculine performances: Winning a championship; welcoming a child; making a public apology. I, though, feel like being empathetic is the best thing about me.

I notice things and feel things that other people just don't, or don't want to. It's an all-human super-power, one that I want to cultivate and use.

Dr. Provine explained that what I refer to as "crying" is actually either "emotional tearing" which he says is what most people would call weeping, or "vocal crying," which is "like the boo-hoos." (I do sometimes cry sad and hard: Probably the same amount, and for the same reasons, as non-daily criers.) Both emotional tearing and vocal crying are considered "honest signals," because tears are hard to fake.

It's this honesty, or authenticity, that will do the most to destigmatize tears, as an excessive display or as weakness. Nothing could be more appealing, right now, than moments unmediated by immersive tech or the social conventions that feel increasingly redundant. Nothing feels better than crying and having it be just fine. 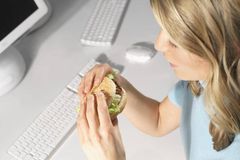 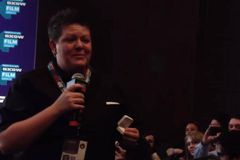