When Karen Blair and her fiancée, Ashley, travelled through Lisbon, Prague and Krakow in June, Blair went prepared, reading travel advisories and schooling herself on regional attitudes toward same-sex couples. But in their newly adopted hometown of Salt Lake City, the two women will also take a pause before holding hands in public.

"With same-sex couples, you kind of know where you can and where you can't," says Blair, a postdoctoral fellow at the University of Utah. "The solution isn't not to hold hands and go back into the closet, but there's no shame in being aware of your surroundings and making smart decisions. If we went to Russia, we wouldn't be holding hands, but we also wouldn't be going to Russia."

Heterosexual couples have long taken their public displays of affection (PDA) for granted. From simple hand-holding to more sloppy displays common among teens on overcrowded city buses, the PDA comes naturally to most opposite-sex couples – and disgusts just about everyone else forced to witness it. Take as evidence the new kissing ban on Vienna's public transit network. Officials launched the Consideration is Key campaign this week after polling passengers on their pet peeves: "Our controllers are well trained to recognize what disturbs other passengers," a transit spokesperson told the Austrian Times.

But what about the same-sex public display of affection?

"When you're with your partner, you want to hold hands, but it gets turned into this politicized thing; that or a peck on the cheek is seen as exhibitionist," Blair says. "A common response from prejudiced people is, 'I have no problem with gay people, just don't flaunt it.'"

"We, just like every other couple, like to hold hands with our sweetie when we're out for a walk or a night on the town. It's not meant to be political, but it could be perceived as such," Petrow says, adding that many same-sex couples still feel anxious about this simple act. "Straight people don't have that kind of apprehension walking down the street holding hands with their loved ones."

That said, Petrow believes that context and venue matter: "What is appropriate for an opposite-sex couple in a given environment really should be appropriate for same-sex couples. If you're in a boozy bar, there's likely to be hand-holding and kissing among both straight and gay couples. If you're in a church, the bar should be lower for everybody."

With funding from the Canadian Institutes of Health Research, Blair will embark on a two-year probe of the gay PDA: what it does for LGBT couples and how it impacts others in their midst. She hopes to document the physiological underpinnings of anti-gay prejudice in those who feel repulsed or angered at the sight of gay affection. The goal is to develop better interventions against hate-based violence and crime.

"We're trying to get at the underlying attitudes of people who say, 'Being gay is fine, I have no problems with that' … but underneath you have some reservations and it's not really totally normal to you yet," Blair says. "That's a great target group for interventions because they're already halfway there."

Blair will also look at how same-sex couples navigate public affection in their relationships. Some partners she has spoken to will avoid eye contact with others while holding hands in public. Some skip the hand-holding altogether and others say, "To hell with it, I'm going to do what I want."

Blair is now crowdfunding additionally for the research, which is set to begin this winter. Participants will watch a series of videos involving affectionate scenes between gay and straight couples, as well as clips and stills shown by previous research to elicit various emotions, "neutral clips, scary ones, disgusting ones, sad ones."

The researchers will measure prejudiced and non-prejudiced individuals' response to same-sex PDA, namely whether their sympathetic nervous system kicks in a fight-or-flight response. Blair will track respondents' levels of the stress hormone cortisol as well as electrodermal activity (skin response) using a wristband.

"It's basically measuring sweat," Blair says. "When someone feels disgust, that just skyrockets."

One challenge will be to tease out the truly prejudiced folks from respondents who simply don't like PDA of any kind – gay or straight.

Last month, a man and his boyfriend were beaten by six men after leaving a Chelsea theatre hand in hand. This attack followed the May shooting death of 32-year-old Mark Carson in the West Village. The assailant reportedly confronted Carson and his male companion, called them "gay wrestlers" and then shot Carson in the head. Days before that incident, two Brooklyn men were beaten by four others near Madison Square Garden after a Knicks game.

Recent gay harassment cases have also involved ejections from public view. In 2010, a security guard booted a lesbian couple from a shopping mall in Raleigh, N.C., after witnessing the women exchange a hug and a kiss. "Nobody wants to see that here," the guard reportedly told the women.

In 2011, The L Word actress Leisha Hailey was escorted off a Southwest Airlines flight after an altercation that began when an attendant reprimanded Hailey and her girlfriend for kissing. The airline apologized, but stood its ground on the action, claiming that other passengers characterized the women's "behaviour as excessive." Officials explained, "Our crew … approached the passengers based solely on behaviour and not gender."

Hailey and girlfriend Camila Grey issued their own statement: " We were simply being affectionate like any normal couple." 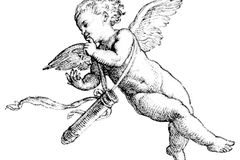 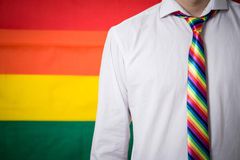 'Two at a time' and other lessons from an online dating veteran
September 5, 2013 Think you’re being lied to? It’s time to evaluate those text messages
September 12, 2013 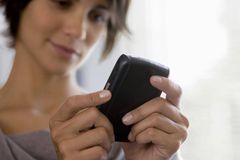