Today's cavorting fratboy should be stoked, living in this era: Hookup culture is alive and well, espoused by even feminists, and women are increasingly outnumbering men on campus – it's like shooting fish in a barrel.

But a new book, Challenging Casanova: Beyond the Stereotype of the Promiscuous Young Male, suggests we're missing the big picture. "Romantic" young men who feel "great affection" for the women they bed still outnumber randy jocks, but they've been drowned out by a toxic cultural message, argues its author, Andrew P. Smiler. The research psychologist and Wake Forest University professor pulls together reams of data – including his own interviews with nearly 1,700 men – to reveal that actual Casanovas are few and far between, and don't see much action. In one pair of large-scale studies, just 15 per cent of young men boasted three or more partners in any 12-month span, and only 5 per cent sustained those numbers annually over three years.

He argues that the "Casanova stereotype" harms both men and women, reducing their expectations of each other. Smiler spoke to Zosia Bielski from Ann Arbor, Mi., about why "guys who sleep around meet our expectations and guys who are monogamous seem like exceptions."

"Casanova" is such an old-timey word. What do promiscuous teenaged men call themselves these days? Players? "Dawgs?"

I'd asked adolescents and young men to identify with a title: jock, rebel, nerd and player. In one high school sample, 20 per cent of the guys identified strongly as players, or "playas." They really see themselves that way. The problem is that the rest of the kids assume this is what they're supposed to be like, that this is the norm.

In the 1950s and 1960s, teenage boys were seen as fun-loving but responsible. They were respected. How did they morph into the American Pie guys?

You get the Fonz from Happy Days and Hawkeye Pierce from MASH, top-rated shows throughout the 70s. Prior to those two characters, there'd never really been anyone on TV who was "the good guy" but also promiscuous. They marked, if not helped create, public acceptance of that behaviour. Then in the '80s, we get this scientific theory called sociobiology, which suggests that a man could theoretically father hundreds of children a year by sleeping with hundreds of women, while a woman could only produce one child per year. From this perspective, since guys are never really quite sure if the kid's theirs, they should sleep around. Sociobiology became very popular and was heavily criticized but its core idea got out into the culture and gained some traction. So you get mass media promotion and scientific backing, and then you get things like the '80s film Porky's, which launches a whole genre of movies about teenage boys all trying to get laid.

Today, the Casanova stereotype has distorted "all of our perceptions about what's normal for guys," you write. How does it actually harm them?

We talk about boys and young men needing to prove their masculinity. Stereotypically, one way to do that is to sleep around. If that's not your thing, maybe you overcompensate with crazy stunts, like the Jackass guys, or other risk-taking.

"Boys and men want and value relationships and emotional connection," you reiterate in the book. Promiscuous young men and the women they've burned might find your thesis naïve.

I'm not saying that there aren't guys out there who are just trying to get laid, but all of the evidence we have points to the reality that most guys have most of their sexual contact in some kind of relationship, which isn't always a formal, dating relationship. It might be a friend with benefits, sleeping with someone you know and trust. It might be an ex, someone you've been physically and emotionally intimate with already. This is the average guy. They're not particularly interested in random hookup sex, they may try it but it doesn't really work for them. They want intimacy and connection with the people they're having sex with.

Are you just delineating the nice guys? Those guys have always been around.

Yeah, but I'd like to think that most guys are nice guys. I might be delusional, but most of the men you know in your life probably come off as nice guys. Even the guys who are really living up to the player stereotype, when they choose a girlfriend or a boyfriend, it's someone they genuinely care about, connect with and want to make things work with. That said, we know that those guys are more likely to cheat.

Who do young guys want monogamous relationships with?

They have long-term relationships with people they can trust, who "have their back," who they believe to be honest. Most of them want the obvious things too: a sense of humour that's similar to their own and someone who they can share activities with.

How does the Casanova stereotype affect women's behaviour?

We teach women that they need to develop their sexuality in response to this version of male behaviour, that if they want a guy's interest, they need to be sexually attractive . But then we also say they're responsible for setting limits and saying yes or no as sexual gatekeepers. Women don't get to work from their own desires because their job is to manage his desire. So women start begin wary and defensive just as the guy needs to prove he's not just looking to get laid – instead of people starting off with the idea that this might be about a relationship. It's clearly limiting.

Hookup culture sees players prosper, but you argue that for most teens, it's less about random sex than it is about modern day courtship.

Back in the 70s, we had this expectation of, first date ends with a kiss, second date ends with maybe a bit more – the bases. You're getting to know the person. Today, we've really lost that model. Teenagers just kind of hang out. There might be two or three weeks of that and maybe it includes their first sex encounter together. After that comes the question, "So, are we a couple now?"

In her tome The End of Men , Hanna Rosin posits that hookup culture is now sizably driven by careerist women who want to get laid but don't have the time for committed relationships while studying – the female Casanovas.

There's nothing about wanting to get laid with no strings attached that is exclusive to men anymore. We saw that dramatized by Samantha on Sex and the City . There have always been meat markets, and it's not like they bring women at gunpoint and say, "You will hook up with the guys now." As far as who's driving this culture, well, you both have to end up at that bar somehow.

It's now fashionable for academics and feminists to champion hookup culture as healthy sexual experimentation. But you bring up a sad reality: "In order to have sex with someone and then never talk to her again, especially if you've been lying to her or getting her drunk as part of the process, you can't really respect her."

I don't know that the women who are doing hookup culture really respect men any more than the men respect the women. We might be on equal footing on that one.

You want a "consciousness raising" to change the Casanova script.

We need to start providing other narratives. On Two and a Half Men, Charlie Sheen's character is clearly a Casanova and he gets all the best lines. His brother Alan is the nice guy trying to do right by his son, so why is Alan the butt of all the jokes? Someone's writing this. It isn't the story we used to tell. We can teach our kids to be more media literate, to ask questions like, "Does real life really work that way?" or, "Why does it always seem to work out for this guy and not that guy?" We can help our sons think about those issues before they're interested in dating. We can also talk to our kids about how mass media presents men and women as combatants: would you really want a partner who is always trying to get one over on you, or would you prefer an honest relationship? We need to talk to them about our own relationships and the importance of honesty. 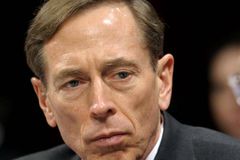 Can we learn about monogamy from animals?
October 1, 2009 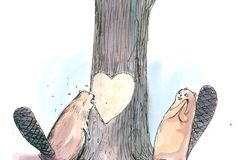 Scientific rationales explain away our fondest romantic clichés
April 26, 2007
Follow Zosia Bielski on Twitter @ZosiaBielski
Report an error Editorial code of conduct
Due to technical reasons, we have temporarily removed commenting from our articles. We hope to have this fixed soon. Thank you for your patience. If you are looking to give feedback on our new site, please send it along to feedback@globeandmail.com. If you want to write a letter to the editor, please forward to letters@globeandmail.com.
Comments