There are deep sexual undertones in Fan culture.

Everything from comic books to sci-fi has a fascination with sex and love. During my stroll along the convention floor at FanExpo Canada last weekend in Toronto, I saw a young man fondle the breasts of a comic-book statue and dozens of ergonomic Anime mousepads, where your wrist would rest comfortably on the padded breasts of a cartoon vixen.

For those of you who haven't been to FanExpo before, this may sound weird. But it isn't, when you consider that the event is a gathering of over 90,000 passionate nerds and geeks, many of whom have trouble releasing all their sexual tension.

Some mask it by dressing up. If you're a woman, your costume is sexy. Think skimpy, dominatrix-like outfit from anime series. Or skin-tight spandex for a crime-fighting female comic book character.

I wore decidedly the least sexy costume: a Star Trek: The Next Generation uniform circa Season 1. It's polyester and goes from my ankles to my wrist to my chin. Despite this, I tested my luck at one of FanExpo's 15 speed-dating sessions, hosted by 25dates.com, one of 199 women who signed up. A total of 225 men did, and 102 of them got stuck on the wait list and never made it to the dating tables.

You're given three minutes with each suitor – a brief window, but it allowed me to peer into a culture that is equal parts sexually frustrated and misunderstood.

A hip-looking guy in a tight shirt and black ball cap sat down. Before his butt hit the seat, he introduced himself and said: "Can you take off your glasses for me?"

Him: "Just take them off for a minute?"

I remove my purple specs and flutter my eyes (I think this is flirting, right?).

Him: "You're much more beautiful without your glasses. Don't you have contacts?"

Him: "You should get contacts."

Me: "Um, I'm kind of offended by that. My glasses are kind of my thing."

Changing the topic quickly, he asked me how old I was. This guy was a jerk. I could see that at least.

I didn't realize after the date that that was a line he used on all bespectacled ladies. Unfortunately for him, it backfired.

About halfway through my 25 dates, a man lumbered over to my table. Probably 6 foot 2 or 6 foot 3 at least. He wore a black dress shirt, black pants and a black tie. With his sleek black hair and muscular body, he was indistinguishable from a regular, non-Fan speed dater. Except that he had looped the Blue Lantern ring through his tie. (Fittingly, the blue power ring is fuelled by hope.)

His first question to me, after sitting down and introducing himself, was to rank the Star Trek franchises from best to worst. a) obviously this guy was a fellow Trekkie, and b) it was the perfect personality litmus test between two Star Trek fans. Frankly, someone who likes Star Trek: The Next Generation will never really be a match for a fan of Star Trek Enterprise. It's like pairing a cat person with a dog person.

A few tables down from me there was a young woman dressed in the white robe of Princess Leia. A cleancut young man in an impressively authentic Star Trek uniform, parading around as a young Captain Jean-Luc Picard, sat down with her.

I have no idea how their date went but from an aesthetic and sci-fi Fan point of view, this was easily the greatest crossover coupling. Leia's feisty spirit would be perfectly complemented by Picard's rational, steady approach to everything. A match made in the holy sci-fi nerddom.

My last date was a man who used his income from his pharmacy job to pursue his passion as a costume designer. And yes, he was in a costume. Sporting a blood-splattered white dress shirt, brown slacks, a stripe tie and a Foree Electric nametag, it was clear even to me (and I haven't seen the movie) that he was the zombie-slaying Shaun from Shaun of the Dead.

Me: "So you made your costume?"

Him: "Well, no, but I added the blood and made the name tag and this." (This referring to the cricket bat that he picked up off the floor.)

Me: "Isn't it a little suggestive to bring basically a paddle to a speed-dating session? What with the spanking and all?"

Him: "I think that says more about you than it does me."

Silence. Touché, I think to myself. Bell rings to end the date and the session.

You find out your matches by filling out a checklist. You check off people you found interesting/liked. If they check you off too, you're matched. A skilled dater knows that by checking everyone off – whether you liked them or not – you're guaranteed to see all of the people who liked you.

I didn't want to look like that person, so instead I chose to look like either someone who had a very low bar or was very desperate. I checked 22 of the 25 boxes, randomly.

I vainly thought that since I wasn't your typical cosplay girl, that I would be getting probably 12 to 15 matches from my 22 checkmarks. Less than 12 hours after the event, I got my matches. All seven.

I scored less than 33 per cent. If this was a math test, I failed. At that moment I realized, while most people judge those who live and breathe Fan culture, they're judging us too. My ego took a hit, but it was a refreshing affirmation that, as the young Capt. Picard said to me during our date: "We're all one and the same."

Even if our outside appearances – costumes and all – suggest otherwise. 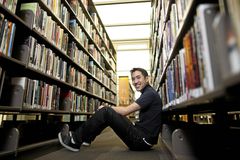 Would you like some fantasy with that appetizer?
June 6, 2007
Follow Madeleine White on Twitter @JournoMaddie
Report an error Editorial code of conduct
Due to technical reasons, we have temporarily removed commenting from our articles. We hope to have this fixed soon. Thank you for your patience. If you are looking to give feedback on our new site, please send it along to feedback@globeandmail.com. If you want to write a letter to the editor, please forward to letters@globeandmail.com.
Comments