Retirement is so old-fashioned.

Canada's employment rate is climbing, with men and women over the age of 55 accounting for most of the increase. Since July, 2009, employment has grown fastest among men 55 and over (up 5 per cent), followed by women in the same age group (up 3 per cent), according to a report last month from Statistics Canada.

And it's not just shrinking pensions forcing them to supplement their incomes. Seniors simply want to work.

The trend is expected to continue, says Craig Alexander, chief economist for TD Bank. In fact, older workers were a steadfast presence in the labour market even when the economy tanked.

"While the economy lost jobs, senior employment continued to rise," he says.

The reason is partly demographic, since the population is aging, Mr. Alexander explains. But with fewer people entering the work force, the demand for experienced workers is higher. As well, seniors today are healthier; they can stay in the job market longer.

"It's socially beneficial," Mr. Alexander says of the trend - as long as workers are doing it voluntarily and not as a result of lowered quality of life after retirement or insufficient savings.

Pat Nichol, co-ordinator for Experience Works, a skills development program at Silver Threads senior drop-in centre, says mature workers stay on the job market "for their soul's sake." Her Victoria-based program has seen "between 350 and 500 people" since its inception in 2008.

The first step is shortening their "five-page résumés," Ms. Nichol says. "I suggest they get rid of everything before 1992."

Much of it is irrelevant anyway, since retirees, even those with decades of experience or multiple degrees, often re-enter the work force in order to change jobs entirely, she adds.

"We [mature workers]are overqualified," she acknowledges, "but we don't want to do the same things we've been doing for 30 years."

However, beginning and mid-career workers (who saw a much smaller increase in employment over the same Statistics Canada period) don't need to be territorial, she says.

"They're there for a good time, not a long time."

Retire? Not yet, say these recent graduates from Experience Works in Victoria. After lengthy careers, they're looking to spend their golden years doing something different. Here are their résumés, with past work experience and future prospects.

"I worked in PR at the Manitoba Women's Advisory Council and for what was then called the Children's Hospital Research Foundation."

Ms. Thorsteinson has received offers to write newsletters for various companies, but she did that for years.

"I've paid my dues," she says of the public relations field.

"I thought I could be a professional nomad, a house-sitter. I had a house-sitter and he paid the utilities and he liked to fix things. I tell people it's better than having a husband."

So far not much luck as a career nomad, but "I do freelance articles and I proofread. Not many people use proofreaders and many people probably should."

Her main job requirement: "It's got to be fun."

Out of high school, Mr. Wilson got his first full-time job with Dylex Ltd., formerly one of Canada's largest retailers. He went on to run its retail operations, including Tip Top Tailors locations, for over a decade. "I remember when I was 25 years old running a multi-million-dollar company. I had 40 people working for me, guys who were 55, like my father."

"I've never had a résumé in my life. I've never had to look for a job before. I finally have a decent résumé. You could publish it."

Mr. Wilson recently took a course with H&R Block to do taxes. Outside of tax season he does part-time work, mostly in construction.

Mr. Wilson wants a full-time position, but it's not about the money.

"It's got to be something I want to do. That could be mowing grass or running a multinational corporation. I feel I'm capable of either."

Mr. Abar worked as a counsellor, including a brief stint with the Children's Aid Society.

Mr. Abar is a senior-care worker, but recently his two clients both passed away.

Since he got his start in a small mining town doing carpentry, he's always "fallen back on that." Recently, Mr. Abar worked for Operation Trackshoes, a sports festival for people with special needs.

Not so well in terms of finding full-time work. "I would like to get up in the morning and go to a job like everybody else. The steady hours of a job appeal to me. I'm not tired of working at 63, I'm tired of looking for work." 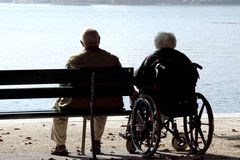 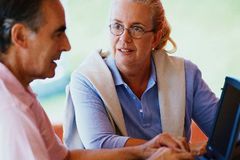 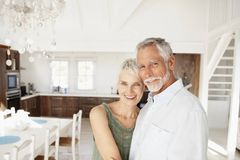