It's the invention of which comics nerds have always dreamed. A team of scientists at the University of Illinois at Chicago has created an extrasensory suit inspired by the Marvel superhero Spider-Man that allows its wearers to feel approaching danger.

The getup, dubbed SpiderSense, is more of a wearable network of ultrasound sensors than an actual suit. But like the fictional Peter Parker's own superhuman "spider-sense," it detects oncoming objects, obstacles and potential attackers in the vicinity and applies pressure to the skin, providing early warning.

"If somebody is punching him or throwing, you know, a rocket at him, [Spider-Man] can feel it on his own body and that's how he avoids it. So, you know, that's how we came up with the term," says one of the inventors, Victor Mateevitsi, a PhD candidate and research assistant at the university's Electronic Visualization Laboratory.

Mateevitsi says he and his fellow classmates came up with the idea of SpiderSense for a course on human augmentics – the study of technologies that enhance human capabilities. Their project was to present a means to detect and communicate the invisible. As the partners brainstormed potential invisible threats, their thoughts turned to physical dangers that lie in people's blind spots, such as assailants sneaking up from behind or obstructions that are not in immediate view. And of course, the team's fascination for comic-book heroes helped spur their imaginations, too.

"Am I a fan? Oh yeah, of course," Mateevitsi says. "We draw inspiration from comics and sci-fi movies because they always look at the future and how the future could be."

As Mateevitsi explains, the network of sensor modules – 11 in total, worn on the limbs, back, chest and head – operate on the same principle as sonar; they emit pulses, which bounce off objects in the environment, and the distance from those objects is translated and signalled to tiny motors within the modules. Those motors then activate little mechanical arms that apply pressure to the wearer's skin, generating greater pressure as the object nears. (Theoretically, if a ball were to be thrown at the wearer's head, for instance, there would be increasing pressure to the head, warning the wearer to duck.)

Mateevitsi and his team have successfully tested the gear by having blindfolded users navigate hallways and outdoor walkways while wearing SpiderSense. In one experiment, blindfolded users were asked to stand in an open area and throw cardboard ninja stars at would-be attackers who approached from various directions.

"That was fun, actually. That last experiment was the best one," Mateevitsi says.

The team envisions serious applications for the invention. SpiderSense could, for instance, be used to assist individuals with visual or hearing impairments, or by firefighters who are unable to see in smoky buildings, or even possibly by cyclists to sense surrounding traffic. Mateevitsi adds that the technology is inexpensive (the prototype cost about $500) and lightweight (weighing less than two kilograms).

It could take some time for users to get accustomed to having the super sense, however.

"There is no word to describe it. You feel augmented, you know?" Mateevitsi says, adding that when wearing it, people suddenly feel pressure all around them as they step into a doorway, and just as suddenly, they feel nothing once they pass through it. "It's very weird, but it's cool at the same time." 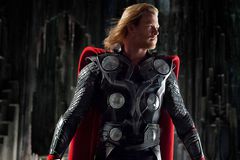 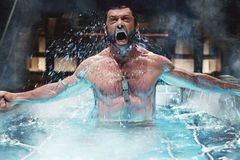