On now through Oct. 8, Iris van Herpen: Transforming Fashion is showcasing more than 40 of the Dutch designer’s pieces from 2008 through 2015 at the Royal Ontario Museum in Toronto. Co-organized by the High Museum of Art in Atlanta and the Groninger Museum in the Netherlands, this is the exhibition’s final stop on a two-year North American tour.

Born in 1984, van Herpen is best known for pioneering the use of 3-D printing in fashion, and her polymer Escapism Dress, which took about a week to print, was named one of the best inventions of 2011 by Time magazine. Her futuristic vision has found fans among progressive musicians and actresses, including Bjork, Tilda Swinton, Grimes, Lady Gaga and Beyoncé. Each season, van Herpen presents her collection on the official calendar of Paris Haute Couture Fashion Week. At 27, she was the youngest designer to earn a spot on its coveted schedule.

“She’s very well identified with the first 3-D-printed garment. This is where she gets pegged as fascinated in pushing technology, which she does, but it’s only as a tool. And it’s only one of her many tools,” says Dr. Alexandra Palmer, the ROM’s senior costume curator. Visit the exhibition and you’ll see that some of these tools include materials such as metal gauze, hand-blown glass and the ribs of children’s umbrellas.

For van Herpen, these unusual elements help her translate the abstract ideas that inspire her work. “Lots of the inspiration really comes from invisible concepts,” she says. “I feel inspired by a conversation that I have or the experience of skydiving – really intangible things. Somehow they give me more freedom in the translation of what I want to express.”

Collaboration also plays an important role in van Herpen’s creative process. “Being able to make something for women like Bjork or Cate Blanchett is really special because you see your own work within a very different identity and they create their own story with it,” she says. “All these people really create their own bubble within this planet. I get a lot of inspiration from it, apart from the energy that I get from these people.”

The exhibition is presented alongside Philip Beesley: Transforming Space, which includes two installations designed by the Canadian architect known as a pioneer in responsive interactive architecture. Beesley has collaborated with van Herpen on more than 10 collections since 2012, including her Dome dress, inspired by the energy surrounding the body. The dress is presented beneath Beesley’s piece Aegis, a suspended canopy programmed with an algorithm to respond to patterns of behaviour.

Both exhibitions offer a small glimpse into what the future of fashion and architecture may hold. “In my work, I often try to find new ways of looking at the future of fashion. That’s also important in a museum, that we really think about our future and not only our past,” says van Herpen. “Seeing the pieces like this, it’s almost like walking through my own diary. Every piece has so much story for me but I want those pieces to have a different story with you.”

Until June 10, find a beachy hideaway at 146 Ossington Ave. in Toronto. Canadian men’s swimwear brand Bather has transformed a shipping container into a surf shack, filling it with its eye-catching trunks and tees. For more information, visit bather.com.

Canadian skin-care brand Flawless by Friday is opening its first Yorkdale Concept 0.6 x Flawless by Friday. Running from June 7 to July 31 at Toronto’s Yorkdale Shopping Centre, the pop-up features Canadian businesses run by female entrepreneurs that have been selected by Flawless by Friday. The event coincides with the launch of the brand’s new makeup collection, and will offer a Flawless in 15 Fast Beauty Bar for makeup applications. For more information, visit flawlessbyfriday.com. 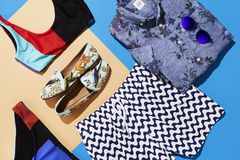 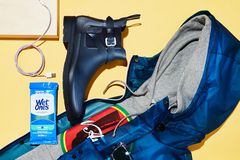 Meghan Markle’s dress: Sleek, chic and perfect for the modern woman
May 22, 2018 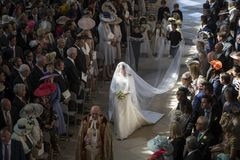