This fall, Hudson’s Bay is making supporting and promoting Canadian design a priority. The department store is partnering with the Collections, a Toronto-based fashion production and designer management team, on a series of cross-country pop-ups of exclusively Canadian fashion. Found in Toronto on Queen Street West and at the Yorkdale Shopping Centre, in Calgary at the CF Chinook Centre and at the Vancouver and Montreal locations, these proudly patriotic spaces will stock more than 90 styles by 12 Canada-based and Canadian-born designers: Atelier Guarin, Hilary MacMillan, Sid Neigum, Markoo, Mikhael Kale, Pedram Karimi, S.P. Badu, Wil Studios, Wrkdept, Biko, Cuchara and Daniel Gregory Natale. The designs will also be available online through thebay.com.

As the fourth instalment of the Hudson’s Bay’s Discover This series, this latest iteration aims to get local labels into closets across the country. “Our customer looks to us to bring the best of fashion,” says Alison Coville, president of Hudson’s Bay. “What’s more exciting than bringing something that’s homegrown in our own backyard?” Coville’s excitement is echoed by Dwayne Kennedy, co-founder and fashion director of the Collections. While the Discover This designers will no doubt find new Canadian fans through the initiative, it’s Kennedy’s hope that having the Hudson’s Bay stamp of approval will lead to retail opportunities beyond our borders. “Having that support from home first really helps them build out their clientele internationally,” he says. The spaces will be open into December.

Known for its personalized leather jackets, Toronto-based Namesake (bythenamesake.com) is following up its presentation at Toronto Fashion Week with a customization pop-up shop. From Sept. 13 to 16, visit the brand at TNT’s Yorkville Village location, where Namesake designer Rosa Halpern will be available for one-on-one appointments, each lasting 30 minutes. Collaborate on every aspect of a customized jacket, from fit and style to materials and detailing, including different add-ons, and the finished product will then be delivered to you within six weeks.

Montreal-based activewear brand Lolë has debuted its first capsule collection for men, expanding its overall focus on well-being. The brand is combining functionality with refined urban design to reinterpret everyday essentials, such as T-shirts, sweatpants, a waterproof jacket and hoodies. Each is made with carefully considered materials and created with versatility and ease in mind. Find it in select Löle stores and online through lolelife.com.

Casual apparel retailer Uniqlo (uniqlo.com) is adding four stores to its Canadian footprint, increasing its presence to nine stores. The first opens Sept. 14 at Coquitlam Centre in British Columbia and will be followed by three stores in Ontario: Vaughan Mills on Sept. 28, CF Markville on Oct. 12 and Square One Shopping Centre on Nov. 2. The brand is also celebrating a newly launched mobile site and smartphone app that’s available across the country.

To celebrate what would have been the King of Pop’s 60th birthday on Aug. 29, Hugo Boss has launched the Boss x Michael Jackson capsule collection. The star of the collection is a new edition of the iconic white suit as seen on the cover of 1982’s Thriller, which is limited to 100 numbered editions globally. Boss has also released three unisex T-shirts that commemorate special moments in Jackson’s career, including one featuring the Thriller album cover in combination with statements from Jackson fans collected by British artist Graham Dolphin and rewritten in his signature style. Find the line online through hugoboss.com/michaeljackson and in select Hugo Boss stores. 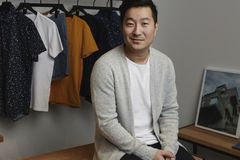 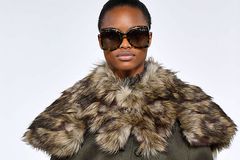