This year’s National Magazine Awards in June was one of 2021′s many gone-virtual galas. But with a nomination in my pocket and a sudden sense of optimism in the air as vaccination rates crept up, I decided it was time for the old Odessa to return. After a 16-month leisurewear haze and a lockdown-induced depression, I would emerge, full of excitement and happiness, in all my outlandishly garbed glory.

It didn’t take long to decide on what I’d be wearing that evening. Stashed away in my closet, I had an outrageously beautiful and previously unworn top by London designer Richard Quinn. I’d purchased it prepandemic to wear at Smash, a fundraiser for Toronto’s Gardiner Museum of ceramics that I co-chaired in 2020. Its swaths of polka dot fabric drape down the back from its sleeves like a glamorous bat’s wings.

Of course, the Gardiner event went digital last August and incorporated an audience participation activity that involved working with fresh clay. Getting my hands dirty seemed at odds with such a haute garment and so it sat on a hanger out of sight, but never forgotten.

As fall arrived and the pandemic worsened, I receded further into existential despair. Helplessness, angst and disconnection swelled, largely drowning out the typically self-assured and outgoing person I’ve always been. I exchanged wildly patterned, rainbow-hued ensembles for the most exciting sweatsuits I could find. They were a metaphor for the comfort I was seeking during such dark times, while still trying to retain a bit of the joie de vivre my typical sartorial expression would fulfill.

That all changed on the evening of the magazine awards. As my husband zipped up Quinn’s silk blouse at my flustered request (a tender pre-outing ritual that I hadn’t realized I missed), a sense of relief washed over me, and not just because it fit after months of gastronomic and alcoholic self-soothing. It felt so good to be in something so fussy. I might have just been wearing it to our dining room, but I still felt powerful and like I mattered after many months of feeling like I did not.

The New York Times street style photographer Bill Cunningham once said that “fashion is the armour to survive the reality of everyday life.” If that’s true, then going-out attire should be considered the regalia of victory. It symbolizes that you’ve defeated whatever doom and gloom surrounds you in order to muster the spirit required to revel in interacting with others.

I yearn for the full return of days when I can enter a room wearing a splashy floor-length vintage frock or my bespoke suit crafted with luxurious brocade from France. Not only do these pieces make me feel empowered, they also attract happy-making attention from others. They get conversations flowing in a way that loungewear never could. There’s a unique joy that comes from making a new friend over a mutual love of 1960s fit-and-flare dresses or to hear someone simply say, “you look great.”

Compliments are a currency we’ve taken for granted for far too long. Especially when you consider how receiving one can release dopamine, the neurotransmitter dubbed the “feel good” hormone. Coupled with other rituals that surround dressing up ­– steaming something thoughtfully; delicately brushing out your hair; flexing your creative muscles by testing out the right jewellery, handbag and shoes – it all amounts to a form of self-care that we often overlook.

That’s because we’ve been told that thinking too much about how we dress is shallow, the measure of a self-absorbed, empty character. But now more than ever, that script should be flipped so we can find pleasure everywhere it’s possible. The good news is, you don’t need a gala – virtual or a good, real party – to get gussied up. Any outing can be a special occasion if you dress like it is. 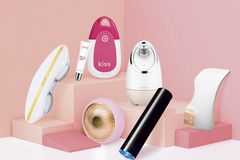 Tailored fall fashion to bring you back to business
Subscriber content
September 16, 2021 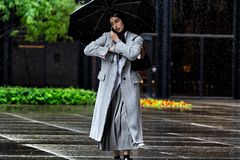 How can I reduce heat damage to my hair?
Subscriber content
September 16, 2021 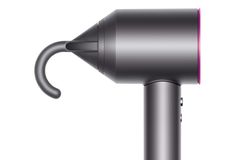