Jeanne BekerFashion
Special to The Globe and Mail
Published May 16, 2018 Updated May 17, 2018
For Subscribers

In an arena rife with larger-than-life personalities, André Leon Talley stands head and shoulders above the crowd … literally. The 6 foot 6 swashbuckler, who was raised in Durham, N.C., worked his way up the style ladder to become a fashion legend. He made his way from answering phones at Andy Warhol’s Interview magazine to being a revered editor-at-large for Vogue. Along the way, Talley’s astute fashion eye and unbridled passion led him to work with legendary editor Diana Vreeland at the Metropolitan Museum of Art’s Costume Institute.

Talley reflects on his extraordinary life in a new documentary, The Gospel According to André , which premiered at the Toronto International Film Festival in September and will be released in Canada on May 25. The poignant film addresses the racism that ran rampant as Talley was rising through the ranks: He talks about the indignation of being called “Queen Kong” and false accusations that he “slept his way to the top.”

These days, the 70-year-old icon hosts a series of podcasts for Vogue.com. I spoke with Talley when he was in town for TIFF about how the fashion scene has changed, how he finds peace with injustice and what “Mrs. Vreeland” ultimately taught him.

You really embraced the exuberance of fashion in the pre-internet era. Do you worry about the way people are looking at fashion and digesting it these days?

It’s instant. It’s instant seconds. They don’t want to succulently look at it, or digest it, or devour it. They just go, ’Click-click-click … Selfie!’ Bloggers want the instant moment of gratification. I think it’s not good.

How cathartic was it for you to sit back and see the way your life played out in the film?

It was not necessarily cathartic. It was very, very nerve-wracking leading up to the Toronto screening. I just said, ‘It’s time to tell the truth and tell the story because the people don’t know the back-story of the successful moment.’ I had to trust Kate [Novack], the director. I had some tough moments. And there were people who were very envious of me. People had accused me of sleeping in every designer’s bed. I never slept in any designer’s bed. I thought that was such a rude thing to say to me, to belittle me.

It seems like a very tough arena for someone like you, who I know is really sensitive. Yet you still remained in that scene for so long.

Because I loved it so much and I gave so much to it and it gave so much back to me. It’s tough sometimes these days, because the scene is different. People don’t have time to respond to you. People don’t have time to sit down and call you back. People are so busy. Lives have changed. There’s so much responsibility. People forget to sit down and talk to each other. I am very much old school and I love old school values. We went to those great fashion shows in Paris. All of that is so vital. And I have the same relationships that I had when I started – with Marc Jacobs, Tom Ford, Miuccia Prada, Vivienne Westwood … Actually I just went to her opening and she didn’t even come. The chic thing about Vivienne Westwood is she didn’t even come to her own elegant store opening. She stayed at home to write a thesis about global warming or something.

In your own way, you’re an activist too. You really brought a certain level of awareness to the runways, not only with the fight for artistry and creativity but fighting for diverse models. Do you think things are much better today?

Yeah, it’s better. It’s not perfect but we’ve gotten there. People have progressed. We’ve gotten much better about diversity. We have to continue to make people aware that there is such a thing.

What did Diana Vreeland ultimately teach you?

You were always a strong proponent of having a point of view.

I got that from Vreeland.

You’ve been entrenched in the magazine world for so long. How do you feel about them?

They’re still important. I think they’ve got a hard road to cover, to go forward … but I think it’s important to have the page in front of you. I think that it’s very important to see that tactile moment of having discovered an image, a fantasy, an escape moment. It’s always very important. People collect magazines. I think it’s very important that magazines exist. It’s important that the newspapers exist. I mean, I got up this morning and I was luxuriously reading The New York Times. To have the paper in your hands and turn the pages, it’s delicious. Luxury is to have the time to sit down and read the Times, to read Vogue, turn the pages of Architectural Digest … have that moment.

I don’t think people realized what a spiritual person you are. I know you went to church religiously as a kid. But you still look at the world through that lens.

Absolutely. That lens, it’s the foundation of my existence. I always say grace takes you everywhere. Grace gets you up in the morning, grace gives you the strength to go down the steps, to get up the steps, no matter how tired you are.

Fashion is such an all-consuming monster for some.

Are you optimistic about fashion’s future?

Absolutely. Always optimistic. Every fresh moment is tomorrow and you’ve got to just appreciate it. 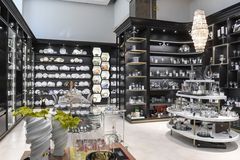 Jessica Jones star Krysten Ritter hits the beach with these summer must-haves
May 15, 2018 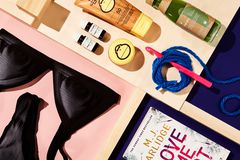 Ssense’s new Montreal flagship is a high-design reimagining of the way we shop
May 3, 2018 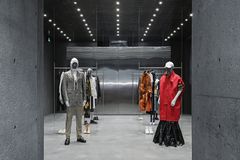