Social distancing has pushed philanthropic activities into new corners as event organizers invent ways to capture the imaginations and pocketbooks of home-bound donors. Zoom meetings, Facebook Lives and slickly produced telecasts have quickly cropped up as virtual ballrooms, making for a spring social season like no other.

In late April, invites went out for one such online gala. Co-chaired by author Margaret Atwood and Cineplex Media president Salah Bachir, the Springsong/PIBO 2020 Online Gala was held May 9 in response to the cancellation of two annual bird migration-timed dinners that raise funds for the Pelee Island Heritage Centre and Pelee Island Bird Observatory.

Some 500 tickets were sold for the 90-minute program, which was broadcast via Facebook and included many of the trappings associated with the usual Springsong/PIBO gala. Atwood gave an introduction and directed a performance by the Rubber Chicken Choir, poet Lorna Crozier read, opera singer Measha Brueggergosman sang, and names for the raffle (rife with bird-related prizes) were drawn from a nest. According to PIBO executive director Suzanne Friemann, though totals are still being tallied, the online gala raised more than double the usual amount, and most of the attendees were new to the event. “If this was not a COVID time, would they be so receptive? Who knows. But the feedback was really good and people enjoyed it,” Friemann says. She isn’t ruling out the idea of another online fundraiser even once social distancing measures are lifted.

What the online gala for the birds couldn’t offer – like so many on-screen gatherings – was the chance to feel the energy that comes from a room filled with passionate supporters. “A lot of us in COVID isolation right now are just receiving, we’re not really able to feel like we’re also sending out,” says Drew Vincent. Based in Penticton, B.C., Vincent is the founder of the Stay at Home Gala. “Being able to interact two ways is a game changer,” he says.

Vincent’s Stay at Home Gala has grown to include more than 20 cities, each steered by a community lead, with a program that includes a delivered dinner via a local restaurant partner as well as performances by bands and remarks from special guests. As for the dress code, Vincent says “for some people it was full tuxedo top and then boxer shorts or pyjama bottoms.” The country-spanning initiative surpassed $600,000 in funds raised for pandemic-impacted causes, and with more events in the works, that number will rise significantly.

Across Canada, fundraisers have been lighting up laptops. The Community Foundation of PEI had 1,500 logging in to its program, which featured Charlottetown Mayor Philip Brown and local celebrities, such as the island’s beloved weatherman Kevin (Boomer) Gallant and famed fiddler Richard Wood. The Toronto Public Library, which cancelled its Biblio Bash fundraiser, scheduled for April 23, took the day of its would-have-been gala to encourage social media posts that underscored the important work done by the foundation. It also drew eyes to current COVID-19 relief programs offered by the library. Past event committee member Bernadette Morra captioned her Instagram post, “There is no #bibliobash tonight to raise $ for @tpl.foundation. But there are many a @torontolibrary that have turned into food banks. Always helping. Always making #toronto better.”

There are more stay-where-you-are socials on the horizon in the coming months. Banff Centre is hosting Midsummer Gratitude Online Experience on July 18 in lieu of the 41st edition of its splashy gala weekend. Toronto’s Crow’s Theatre has launched Dinner and a Show in partnership with its adjacent restaurant Gare De l’Est – an opportunity to support local restaurants and take in new theatrical works from the comfort of one’s sofa (full disclosure, my partner, a playwright, is involved in one such production). And Canadian Friends of the Israel Museum are working on an interactive digital alternative to their Pop-Up Museum, which brings together prominent international art collections in Toronto and underwrites free entry for young people to the Israel Museum, Jerusalem.

With the prospects of in-person gatherings still unclear, it’s heartening to witness organizations of all sizes make the best of the current state of affairs. I predict the next wave of online events will only get better, as organizers experiment with these new ways of gathering. It’s clear that Vincent’s event, like so many others, has become as much about connecting with community as raising funds. “It all comes back to human interaction,” he says. “The thing that feeds us at events is that opportunity to be around people and to connect.”

Opinion
Nature hasn’t come to a halt, and nor should our charitable giving
May 8, 2020 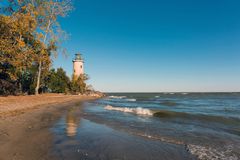