When Billy Porter, star of the hit FX show Pose, glided into the Oscars ceremony last month, it not only caught the attention of Glenn Close in what became a memorable memed moment of admiration, but gave the millions a glimpse of what it means to live in a postgender world. Dressed in a sumptuous “tuxedo gown” by New York-based designer Christian Siriano, Porter sported a tailored jacket up top and outsized velvet ball-gown bottom to internet-breaking effect.

In an essay for Vogue published the day after the Academy Awards Porter elaborated on the “bold” sartorial choice, highlighting how fashion and personal identity intersect. “I’ve always been inspired by fashion,” Porter wrote. “My grandmother, my mom – they were always stylish. I grew up loving fashion, but there was a limit to the ways in which I could express myself. When you’re black and you’re gay, one’s masculinity is in question.” The story concluded with the notion that Porter wants “people to understand that you don’t have to understand or even agree with other people’s authenticity or truths, but we must all respect each other.”

If you think that Porter’s viewpoint – or that of actor Ezra Miller, who sported a number of androgynous looks while promoting the film Fantastic Beasts, and Queer Eye’s Jonathan Van Ness, who wore a sultry dress to the Emmys in 2018 – is relegated to the red carpet, it’s time to bend your mind around the fact that this perspective on dressing will trickle down to the mall soon enough. Designers are starting to open up to the idea that clothing can be swapped between genders, or not be assigned to any gender at all, Toronto-based stylist Matthew Chow says. He points to the brand Deveaux as one that’s embraced the concept of gender-neutral clothing by offering styles that would ostensibly appeal to everyone because of their refined and classic proportions and silhouettes. “[It’s] doing a beautiful job of designing a sophisticated collection that perhaps appeals to slightly more mature clientele,” Chow adds. “So many up-and-coming gender-neutral brands have a youth specific target; I like how Deveaux is spreading that design theory to a broader market.”

While seemingly set to capitalize on the momentum of the genderless dressing movement, at press time Deveaux still divided its online collections between men and women. But a shift in categorization is something many brands are striving to achieve, while acknowledging it will take a village to raise this gender-neutral idea from naissance to common practice. Simon Black, co-founder of the brand One DNA, says that even though the genesis of the gender-neutral brand is based on the idea that “We’re all made up of the same fundamental stuff underneath it all,” they have to present their collections separately to editors and retailers because the industry hasn’t moved past this traditional garment typecasting, with gendered fashion week calendars held weeks apart.

This runway show cadence is only one of the deeply entrenched intricacies wrapped into the notion of genderless dressing; another of the most popular is fit. Black says that even the notion that there’s a male and a female form is outmoded, however many retailers, designers and ultimately, customers, aren’t able to agree when it comes to what makes a garment for a particular sex. In truth, we’re all so unique in physical composition that it’s impossible to even create clothing for one sex in a universal way. The real challenge is a long-held belief that only certain things belong in the realm of design for either sex. It’s the reason why Porter made such a splash for wearing a skirt, and even why the myriad of female stars who wore suiting at the Oscars were subject to endless articles about “the end of gender.”

“I think it’s the details, colours and silhouettes that make a garment masculine or feminine,” Montreal-based designer Eliza Faulkner says. “For example, traditional elements like bows, sparkle and ruffles probably make something seem ‘feminine,’ whereas ‘masculine’ clothes are usually more utilitarian – they have more pockets, the colours are less saturated, they don’t have as many superfluous details as feminine clothes.”

Faulkner’s own gender-neutral approach arose as she tried to balance precious resources as an independent designer. After giving birth and finding less time for planning photo shoots, she had an idea. She began posting images of her partner, Arin Gintowt, in the brand’s outsized styles on her Instagram feed. "I honestly didn’t think much about it, but we had a lot of fun doing it and I liked the results.” Faulkner adds, “There’s something that was confrontational” about a man wearing a beard sporting a full-skirted dress or yellow floral bell-sleeved blouse.

While unsure if there are any male customers who have purchased a piece, Faulkner is curious and optimistic about the universal appeal of her line. As for whether the fashion landscape will eventually embrace the concept of genderless/gender neutral/post-gender dressing, Faulkner is optimistic about that, too, noting that it would lead to a brighter light shone on gender equality in general. “I hope that it’s irrelevant one day. I call myself a women’s-wear designer, but by all means, I make clothes for everyone,” she says. “We just all need to lighten up about men wearing women’s clothes. We respect a woman in a suit, but laugh at men in dresses … what does that say about society’s view on women?” 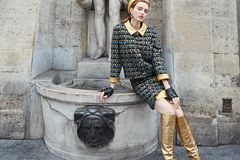 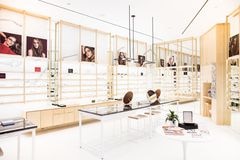 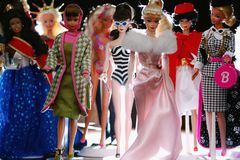