For Canadian fashion designer Ashley Rowe, following her instincts has led her in the right direction. In 2013, Rowe left Toronto, where she’d been running her popular namesake fashion label, to fulfill her long-time dream of taking a road trip to Mexico before moving to Los Angeles for the winter. Stopping in Marfa, Tex., to visit the city’s famous Prada boutique art installation by Michael Elmgreen and Ingar Dragset, Rowe was immediately drawn to the area. “It had a great vibe. I ended up coming to L.A. for six weeks and spent the whole time trying to find a place to live in Marfa,” she says.

Rowe settled into the artsy community, where she worked on improving her sewing skills and relaunching her label. It wasn’t long before she was fulfilling orders from global stockists such as Need Supply and Selfridges and expanding from a small studio in an old lumber yard to a 2,200-square-foot combination studio and retail space. “It was really so crazy how it was my gut instinct that I had to be there, I didn’t know why,” Rowe says.

Earlier this year, a return visit to Los Angeles had a surprisingly similar effect. “I went back to Marfa and I couldn’t stop thinking about this place.” Six weeks later, Rowe signed the lease on her new Los Angeles retail store, an all-white space in Koreatown designed to mimic her Marfa flagship. Rather than offering seasonal collections, Rowe’s denim line follows a specific colour theme for four months at a time, with bright orange being the debut hue in Los Angeles. “It’s been fun, all these orange things. It’s a whole new world in L.A.”

Three major players are taking steps to eliminate single-use plastic from their operations. Starbucks has introduced new lightweight, recyclable strawless lids for iced beverages to Toronto locations, rolling out across the country in 2020. The American coffee chain also plans to phase out plastic straws from its more than 30,000 global locations by 2020. Montreal’s Aldo Group has announced that it is phasing out single-use shopping bags and introducing eco-designed totable shoeboxes. And in October, the Yorkdale Shopping Centre in Toronto will eliminate single-use plastic straws, offering compostable BPI-certified straws instead.

La Maison Simons has partnered with Montreal label Markantoine on a new collection. Called Gothic Exotic, it’s a range inspired by the strange, emerging designer Markantoine Lynch-Boisvert’s fascination with the aesthetics of motocross culture and the natural world with his interest in art history. With a palette of rose, black, purple and blue in botanical, mineral and manga prints, the collection is mainly unisex in nature and includes dresses, skirts, tops and pants as well as footwear and accessories. The materials used, including denim, sequins and ecological fabrics, are signatures of Markantoine. For more information, visit simons.ca.

Canadian outerwear company Canada Goose has announced an open call for Inuit designers. In partnership with Inuit Tapiriit Kanatami, the national representational organization that works to improve the health and well-being of Inuit in Canada, Canada Goose is looking for Inuit designers to join the second wave of Project Atigi. As part of the social-entrepreneurship project, Canada Goose is looking to commission 20 seamstresses to create bespoke parkas using their traditional skills and designs with Canada Goose materials. For more information or to apply, write to projectatigi@canadagoose.com before Aug. 30.

Followers of the world of timepieces have a lot to watch out for. Omega, the official timekeeper of the Olympic Games, has released two new Tokyo 2020 limited-edition watches to count down to next year’s event. Both Seamaster styles were limited to a run of just 2,020 each. Tissot, the official timekeeper of the Tour de France, launched three special-edition watches to commemorate this year’s Tour. And on Nov. 9 in Geneva is Only Watch, an auction raising money for research on Duchenne muscular dystrophy. Luxury watch manufacturers will present some outstanding one-off pieces, like Louis Vuitton’s Escale Spin Time watch featuring a dial inspired by tattoo art. 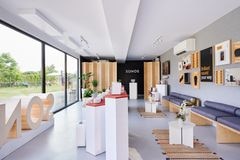 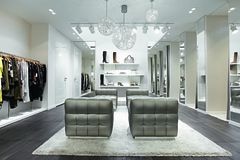 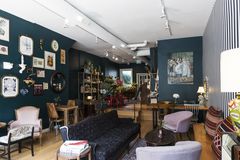