Australian skin-care brand Aesop has quickly washed its way into the hearts of Canadians with its sudsy formulas, pleasing packaging and exquisite aromas. And while it may hail from oceans away, Aesop has made a point of immersing itself in the local scene, from taking visual cues from its surroundings for store decor to partnerships with local food, design and literature organizations including House of Anansi Press, the MoCA and DesignTO. Now 32 years old, the brand operates stand-alone stores across Canada in Montreal, Vancouver and Toronto.

With its new Eaton Centre location, Aesop hopes to bring that sense of community to the downtown Toronto mall. “We are delighted to offer our clients an opportunity to experience Aesop in a central location, in the heart of the city,” says Stuart Millar, general manager and president of Aesop Americas, adding that he hopes the boutique will become a place of respite for busy Torontonians. “Aesop Eaton Centre allows the opportunity to offer our guests a serene space amongst the bustling, vibrant city of Toronto.”

Stocked with the brand’s range of skin care, hair care, home fragrance and animal care, this new location looked across Bay Street to a nearby political landmark for aesthetic inspiration. “City Hall represents Toronto’s break from its past and its emergence as a dynamic international metropolis, and is established as a timeless icon of modernism in Canada,” Millar says. At the store, that translates to a grey palette and a saucer-like sink, an homage to the City Council chambers.

Canada Goose recently launched a new social enterprise in the country’s north. Project Atigi is designed to celebrate Inuit craftsmanship through the global release of a one-of-a-kind parka collection. The company commissioned 14 seamstresses from nine communities in the four Inuit regions to craft parkas using traditional skills and Canada Goose materials. All proceeds from the sale of the collection will go to national representational organization Inuit Tapiriit Kanatami, which works to improve the health and well-being of Canada’s Inuit population. For more information or to purchase the collection, visit canadagoose.com.

Ikea’s popular Billy bookcase turns 40 this month. In celebration, the Swedish furniture innovator is offering the shelving unit in a new yellow hue. Ikea has also introduced a new series of inserts called Bottna that include colourful bookends and display shelves. Designed by Ikea designer Gillis Lundgren, the line is named after another employee, Billy Liljedahl, who was looking for a proper bookcase. The resulting shelving unit has transcended its original function of book storage, and the brand estimates that a Billy bookcase is sold somewhere around the world every five seconds. For more information, visit ikea.ca.

British designer Stella McCartney is known for her vegetarian approach to fashion and does not use any fur or leather in her designs. As part of her ongoing commitment to operate a responsible business, McCartney has introduced a sustainable take on her eyewear collections. Developed in partnership with Kering Eyewear, her glasses are made with materials such as bio-acetate, which comes from renewable raw materials such as fibres from wood pulp, making it biodegradable. It’s in contrast to traditional acetate, which is of petroleum origin. For more information, visit stellamccartney.com.

Women’s fashion retailer Ann Taylor has partnered with Vital Voices, a not-for-profit that invests in female leaders, on a leadership and mentor program for young women. Now in its eighth year, HERlead is designed to provide access to leadership training, mentors and grants for young women, training them to become future female leaders. Each year, Ann Taylor chooses 30 young female high school students to join the program, which has included more than 300 students from across the United States, Canada and Puerto Rico. Applications to become a 2019 HERlead fellow are open to Canadians until March 8 at herlead.vitalvoices.org. 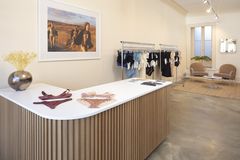 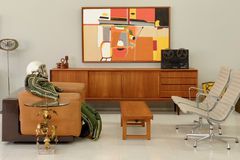 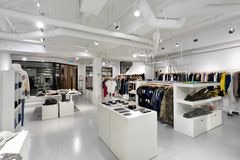