Nestled at the foot of Tunnel Mountain in Banff National Park in Alberta and surrounded by those Rocky Mountains that make this country so aesthetically marvellous, is the Banff Centre for Arts and Creativity, which for 85 years has been a place that creative types have gone to train and develop new work. From July 20-22, the centre hosted its 39th annual fundraiser, the largest arts funder in Western Canada, aptly titled the Midsummer Ball Weekend. It’s a time when big-givers gather for an arts retreat of sorts, a chance to see where their pledges are being directed – in this instance, it’s the Banff Centre’s Artists’ Fund, which underwrites scholarships that allow creators from all disciplines to take part in the centre’s programs. Artists, 3,900 of them, come to Banff Centre each year, and though the province has been economically beleaguered in recent years, it was clear that Alberta’s philanthropic community is taking care of its impressive cultural institution in an admirable way.

Friday Night Live kicked off the weekend: The gathering was held in the Kinnear Centre on campus and gave long-time supporters the chance to reconnect over drinks, dinner and dancing. This followed a handful of performances given by Banff Centre alumni, including Sean McCann, of Great Big Sea fame. Days after leaving treatment for alcohol addiction, McCann spent time at the centre writing songs – some of which he performed. Quantum Tangle, a group that too has benefitted from time spent at the centre, and who fuse the sounds of the group’s Anishinaabe-Métis and Inuit backgrounds with contemporary beats, also performed.

The following day, between meals overlooking the mountains, guests, including yours truly, had the chance to sit-in on rehearsals and visit the serene studios where artists create. In one quaint space, a string quartet from Australia finessed a sumptuous piece of music, and in a neighbouring building (the domain of dance artistic director Emily Molnar), in a light-filled room overlooking a rocky range, we were treated to a taste of The Hamlet Complex, a work by Norwegian choreographer Alan Lucien Oyen; based on Hamlet, it employs 12 dancers and three actors to tell the story. Exhibition and studio tours were give too, and a look inside the centre’s virtual reality Opera lab was also on offer.

The weekend culminated with the ball, a black-tie happening that drew political types, titans of industry and finance, and the soigné society doyennes of the west. Alumnus trumpet virtuoso Jens Lindemann served as emcee, and Laird Mackintosh, also an alumnus and currently in Phantom of the Opera on Broadway, performed. Hanging on the walls that surrounded the dining room was a substantial Tony Scherman, a colour woodcut by Walter J. Phillips and works by Alberta-born artists including Cris Cran and Mark Dicey that were among the dozens of pieces auctioned for the cause. Spirits were high, and the champagne flowed as freely as the energy and optimism did: One devoted Midsummer Ball-goer, who has attended all 39 events, even said the latest was the greatest of them all, and my seat-mate, socialite and a long-time centre supporter, Andrea Brussa, remarked that 30 per cent of guests that night had never attended before.

Throughout the evening, as I navigated the room, I overheard multiple gala-goers make the same sweeping statement: “Alberta is back.” The event raised $1.1-million.

Making waves in the Muskokas for a good cause
Subscriber content
July 24, 2018 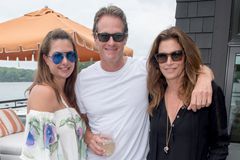 Game on at charity galas in Toronto and Vancouver
July 20, 2018 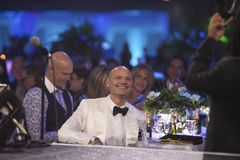 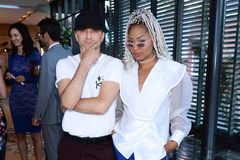