Marie Osmond and Emma Thompson both turn 60 this year, but with much less fanfare than their iconic peer, Barbie. To celebrate the milestone, her birthday bash in Canada is being held at Toronto’s CN Tower on International Woman’s Day. (Presumably, the lights on the monument will be turned to Malibu pink in her honour.)

It feels as if it was just yesterday that Barbie turned 50, but now that 60 is the new 40 (or is it 70 that’s the new 30? I can never keep that straight), it’s once again time to consider the world’s most famous figure we hate to love. Billion-dollar baby Barbie Millicent Rogers has been an object of adoration, disdain, parody and near-continuous cultural critique since her debut at the International Toy Fair in New York on March 9, 1959.

Is it ironic to love Barbie now? Because we do love her. Although Mattel was affected by the demise of key American outlet Toys “R” Us, which closed all its U.S. stores last year, over all sales of Barbie were up 12 per cent this last quarter. In comparison, Hot Wheels gained 9 per cent, while American Girl sales dropped by 27 per cent. Barbie’s retail sales, the highest they’ve been in five years, are being attributed to new marketing and diverse product offerings that better reflect today’s reality. The doll’s new tagline: “When a girl plays with Barbie, she imagines everything she can become.”

Am I wrong in thinking this latest extension is one part emotional labour, two parts collectible Royal Doulton figurine territory? Gendered toys aimed at boys, for example, are much less likely to be stand in for the adult you. Transformers aren’t thinking about what career they will have, they’re just being. Playing with Barbie feels a lot like work.

The shift began some time around her last big birthday and her status as a self-representational toy along with the critical discourse around her as a cultural object have only intensified since then. Her famously impossible figure set unrealistic standards for the female body until 2016, when the brand introduced a new entourage of friends, diverse in body shapes, skin tones and styles, for the buxom statuesque blonde.

Last year, the company also launched a role models series inspired by real-life figures such as NASA physicist Katherine Johnson, snowboard champ Chloe Kim and body activist Ashley Graham. Filmmaker Patty Jenkins is among these “she-roes,” fitting and on-brand, considering the upcoming Barbie movie will also be written and directed by women. Margot Robbie is now officially attached to Barbie (scheduled for release in 2020), a live-action feature tentatively plotted around a doll who, after being expelled from Barbieland for not being perfect enough, goes on adventures in the real world.

Today, Barbie continues to move “the dial from what she looks like to what she represents,” according to Richard Dickson, chief operating officer at Mattel. Last month, Mattel unveiled more additions to the toy line, including a collaboration that adds disability representation to the roster, with new dolls in wheelchairs and with prosthetic limbs.

About 58 million dolls are sold are in more than 150 countries annually (that’s nearly twice the number of American Girl dolls sold to date), and according to senior vice-president and global head of Barbie and dolls portfolio at Mattel, Lisa McKnight, these days more than half the dolls sold around the world have neither blue eyes nor blonde hair.

Still, those features are what most adults continue to associate with the doll and the brand. They’re features that M.G. Lord’s landmark Forever Barbie biography posits are a culmination of post-war era white middle-class femininity, spiced up with a dash of zeitgeist that, “kind of pointed the way out of the kitchen for little girls,” Lord said.

An important part of creator Ruth Handler’s idea for Barbie 60 years ago, however, was to three-dimensionalize the paper dolls favoured by older girls who were bored of Play-Doh and hula hoops and practising motherhood on baby dolls. With a beauty look designed by famous Hollywood makeup artist Bud Westmore, Handler made her teenage fashion model a blank slate for dressing up. It worked: Barbie is mentioned as an influence by almost every designer I’ve interviewed.

Oops, sorry – we aren’t supposed to talk about Barbie and fashion any more. She has to be more than just a model of pretty clothes, doesn’t she? Now that Barbie says, “You can be anything” in animated movies, Little Golden Books, and an educational range that includes phonics, she’s frankly exhausting. Ahead of the 2012 election, for example, the early reader title for girls ages four to six was I Can Be…President. (If only.)

But as law professor Orly Lobel says in You Don’t Own Me, her recent book about the ferocious, decade-long legal battle between Mattel and rival MGA Entertainment, maker of ethnically diverse upstart Bratz, the only doll to come close to challenging Barbie’s monopoly, “the core business model [of the toy industry] is the constant expansion of accessories.” And aren’t these books and movies just another accessory?

I’m glad the doll range now represents more of the myriad shapes and ethnicities of women. There’s no #MeToo or #TimesUp Barbie (yet) and positioning Barbie as a go-girl bellwether has certainly made her a more profitable lifestyle brand. But it’s like selling a t-shirt that says “the future is female,” when what we really need is for Barbie, Midge, Skipper and the girls to burn it all down and put systemic equality into place through the sheer force of will of their imaginative play. Imposing empowerment feminism and cultural theory on playtime – all the branded girl power – adds up to not much more than the adage about dressing for the job you want. And it’s the magic possibilities of dress-up that were always the point.

A room of one’s own: Why the design world should pay attention to teens' tastes
August 29, 2018 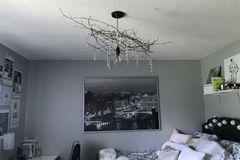 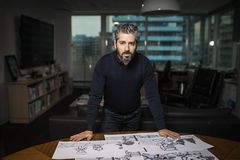