Apple Martin, 14, recently commented on a photograph her mother, Gwyneth Paltrow, posted on Instagram of the pair on a ski holiday. You can practically hear the withering italics: “Mom we have discussed this. You may not post anything without my consent.” Paltrow demurred, but a slew of parents chimed in their agreement that in the age of the highly visible and instantly shareable, children have a right to online privacy. Even famous offspring have the right to anonymity, so much so that in recent years, celebrities have successfully lobbied that paparazzi photos when out en famille must pixellate the faces of their children.

The Apple/Gwyneth exchange highlights the multifaceted challenge that parents face about how much is permissible on social platforms, beyond the very real primary concerns about keeping children safe online, and what constitutes exploitation.

The influencer economy around children has given us cutesy portmanteaus such as #kidfluencer, as well as the #sharent trap and #spawnsored posts. It features the same staged content as traditional advertising, with children as actors or props, whether it’s as the accessory to a parent with a personal brand or a paid partnership with the kidfluencer themselves. Except that their presence isn’t classified as entertainment or performance. In fact, it’s not governed at all.

Whether or not children are being pressed into sponsored content, how their image is used and distributed, even by well-meaning parents and caregivers, is a point of debate globally.

Not everyone agrees on whether parents (famous or not) should publicly post photographs of their children after the age of 2 or 3. Use of their image violates a reasonable expectation of privacy and requires a consent that children cannot give, so in some territories stringent laws intervene. In France, for example, children can sue parents for this, claiming invasion of privacy.

Similar to the U.S. Children's Online Privacy Protection Act, Canadian privacy legislation through the Office of the Privacy Commissioner regulates the collection and use of personal information from children under the age of 13 and requires verifiable parental or guardian consent. (The legal age children can have their own account on Instagram is 13.) Until that age, page and post control on social platforms falls under parental prerogative.

Children who are working in the entertainment industry have legal protections. There are labour laws for child actors, lobbied and refined by actors’ unions over the years. In Canada, for example, regional labour laws (such as Ontario’s Protecting Child Performers Act) protect the earnings and rights of underage performers who work both in live and recorded entertainment industries (film, television, commercials and print ads). In the United States, the Coogan Law (enacted in 1939 and named for the exploited child actor Jackie Coogan) was designed to safeguard minors from financial abuse and protect their earnings (a minimum 15 per cent must by law be deposited into a blind trust account by the employer).

These laws – which cover things such as labour conditions, hours worked, breaks, income protection and tutoring – don’t extend to the children of YouTube, Instagram or other social platforms. But isn’t it time they did? Social media isn’t new any more. Facebook is 15 years old; Instagram is nearly 10.

With influencer marketing expected to reach US$10-billion by 2020, the urge to cash in on kiddie cuteness is hard to resist. The issue gets more complicated when you monetize that content, especially when there is still little to no real industry oversight of social platforms. In spite of updates to advertising standards in Canada, including the Competition Act and self-regulatory Ad Standards guidelines, to include social-media platforms, influencers are still slow to adequately comply with requirements to disclose material connection (payment and/or gifts) paid partnerships and sponsored ad content. Many ignore the guidelines entirely, with no consequences.

There needs to be proper regulatory oversight and reclassification of social media as entertainment. The worst can happen and increasingly does – take the parents who have been charged with neglect and child endangerment for the situations and treatment they subject their children to for the sake of virality. In late March, Machelle Hobson, who ran the YouTube channel starring her seven children called “Fantastic Adventures,” was charged with kidnapping and child abuse. As countless exploited child actors of decades past have also shown, a child’s best interest is not always compatible with parental vested interest.

Although there are no laws that require parents to hold kidfluencer earnings in trust – parents can pocket all of it – the concerns aren’t just financial. Studies have now begun exploring the long-term consequences of digitally packaged lives and notoriety on children’s sense of self.

When sharing for fun becomes sharing for profit, much of the content is produced and promoted by parents, who create and manage commercial influencer accounts on behalf of their children, who don’t have much say in the matter. It’s simply old-school stage parenting by another name.

While grooming her five daughters for influencer superstardom, Kris Jenner coined the term “momager” for this hustle. When Keeping Up with the Kardashians shot its first season in 2007, daughter Kendall Jenner was 11. Last week, Kendall told The New York Times that, “Kylie and I for a really long time wanted no part of it, we just wanted to go to our rooms and iChat with our friends.” Now, at 23, she’s the highest-paid model on the planet. And sister Kylie, who was 9 when the show started and is now 21, was recently anointed by Forbes as the world’s youngest self-made billionaire.

In the influencer economy, the Kardashian-Jenners are the ultimate success story. But what should stand out should not be catalogue of the brand extensions and billions of dollars they’re now rolling in; it’s that small admission that rather than work in the family reality-TV business, they’d have preferred to just be allowed to be kids, away from a camera, in private. 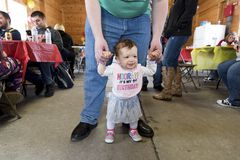 Get outside, again: How the ‘re-wilding’ movement urges children to connect with nature Subscriber content 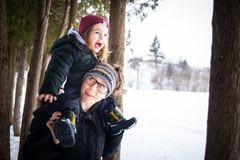 Can a robotic bassinet help parents get their newborns to sleep through the night? Subscriber content 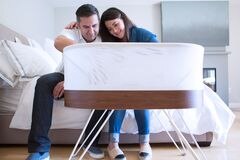