Oops, they did it again. Following yet another highly publicized blunder, Dolce & Gabbana abruptly cancelled a runway show planned for Nov. 21 in China. The massive show was to have taken place in Shanghai. You could say it devolved into a [insert poop emoji here] show.

It was a plate of pasta that started it all. Ahead of Dolce & Gabbana’s planned hour-long, star-studded runway spectacle dubbed The Great Show, the brand posted promotional clips on Chinese microblogging site Weibo. The videos depicted a giggling Chinese model clumsily attempting to eat enormous servings of spaghetti, supersized cannoli and other Italian cuisine with chopsticks, while a narrator asked “Is it too huge for you?” Someone at D&G clearly thought the promotional videos were tongue-in-chic rather than foot-in-mouth, but the videos drew widespread condemnation from Chinese consumers.

Then, when allegedly responding to a private Instagram message about the culturally insensitive videos, designer Stefano Gabbana was reportedly derogatory in his replies, including making comments about Chinese people eating dogs and using the poop emoji to refer to the country. (The company claims Gabbana’s account had been hacked.) Screenshots of the offensive Instagram messages surfaced and The Great Show was called off at the 11th hour by the brand.

In response to the ad and Gabbana’s messages, Chinese online retailers removed D&G products from their sites and A-list celebrities also took a step back from the brand. Superstar actors and entertainers such as Zhang Ziyi, Fan Bingbing and Chen Kun voiced their dismay and disavowed the designer label in protest, while singer Karry Wang promptly cancelled his role as its brand ambassador.

They can’t even claim to be be cultural newbies to China. Dolce & Gabbana has operated in the market for nearly 15 years. In spite of an abject video apology – “We will respect the Chinese culture in every way possible. From the bottom of our hearts, we ask for forgiveness” – the intense backlash has only worsened. Chinese consumers have been posting videos of themselves throwing out D&G items, and the South China Morning Post ran an article called “How to make Dolce & Gabbana really pay for co-founder’s anti-China slur.” Yikes.

The Dolce & Gabbana aesthetic is already liberally sprinkled with Roman Catholic iconography, but lately mea culpa, mea maxima culpa has also become a recurring refrain among all those flaming hearts, madonnas and crosses. To err is human, to forgive divine, but D&G has a history of being, as the too-polite euphemism goes, problematic.

This isn’t the first time it has blundered – or even the second. Missteps range from the naming of products (in 2016, it named a model of flat shoes “slave sandals”) to the products themselves (earrings glorifying cartoonish and colonialist “blackamoor” imagery). The designers came under fire in 2015 after publicly saying they opposed gay adoption (“The only family is the traditional one”) and criticizing children conceived by IVF as “synthetic” in an interview with Panorama magazine. After that particular statement, Elton John called for a boycott of the brand. “We make dresses,” was Gabbana’s riposte when Miley Cyrus once called him out over his political views, but the designers simply cannot claim, as he has tried, that they don’t care about politics.

And the missteps don’t end there. Gabbana has previously body-shamed Lady Gaga, and just this summer called blogger Chiara Ferragni’s Dior wedding gown “cheap.” Then there was the time he posted a harsh opinion of Selena Gomez’s physical appearance in the comments of a fashion media brand’s Instagram feed.

Although the luxury label is a privately held company and does not disclose financials, Gabbana and business partner Domenico Dolce have joined various billionaires lists over the years. Staying on them, however, could depend on China. A recent study from consulting firm Bain & Co. puts the growth of sales of luxury goods in mainland China at more than 20 per cent this year, and suggests that by 2025, China will account for nearly half of all luxury retail sales worldwide. China’s National Bureau of Statistics, for example, reported that for the first quarter of 2018, total retail sales were up 9.8 per cent over last year to US$1.4-trillion. It’s also the world’s largest e-commerce market, with online sales for the same period reaching US$307-billion, up more than 35 per cent over last year. Even a cursory read of PricewaterhouseCoopers report from earlier in 2018 about the intensity and speed at which China’s consumer landscape is evolving is staggering.

Accordingly, publisher Condé Nast has also just announced it will enter the Hong Kong media market with a second local Chinese edition of Vogue magazine (Harper’s Bazaar, Cosmopolitan and Elle already have editions). This joins its existing Vogue China, which, with a readership of two million, outpaces U.S. Vogue (just as China has eclipsed the United States as the largest retail market in the world).

It’s not easy to overstate the importance of the Chinese market to any international business plan. In its apology, D&G looked stricken and so it should, for many reasons, not least of which are the financial implications of alienating the Chinese consumer (and government). While the Italian duo figure out how to rehabilitate their reputation once again, their epic marketing failure highlights the increasing pressure to cater to China. And that pressure goes beyond business prowess to basic common sense. 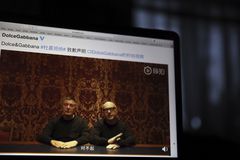 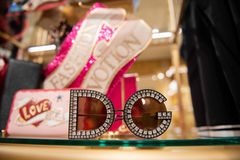